A Visitor's Experience of Merida

We recently returned to the mountains of western North Carolina after spending a short but lovely week in beautiful Merida. THANK YOU people of Merida for providing us with such an enormous amount of pleasure. We so enjoyed the sights and sounds of your beautiful city.

Here is a small sample of our pleasure...

One day we were told to explore the area around the old train station that is being converted to an arts center, and to check out the up and coming neighborhood around it. After walking around for several blocks we heard the sound of mariachis in the distance.

We followed the music and soon came to a home with the front door open. We were lucky enough to be invited in to watch the celebration of a 91-year-old woman's birthday. The event was attended by about 25 people sitting around a small dining room and living room, singing, clapping and enjoying the mariachis, who were in full dress and obviously having a ball entertaining the crowd and guest of honor. She was sitting right in front of the band waving her hands, singing along and grinning from ear to ear.

We were told that she was blind, but everyone there could see just how much she was enjoying the party. We felt honored to be invited in to their home and to witness the celebration. To us we were strangers. To them we were guests. What a beautiful sight it was. This was one of the most memorable events of our lives.

Salsa dancing on the street to the Cuban band, La Changa de Oro, with about 1,000 other people was something we will never forget. To think that this is a normal occurrence is unbelievable. Or... riding our rented bicycles on the Paseo de Montejo on Sunday morning where the streets are closed off, giving families an opportunity to spend some time together getting exercise.

The people of Merida do something that we didn't think existed anywhere. They celebrate LIFE like we've never seen and they do it regularly... not for tourists, for themselves.

Muchas Gracias, Merida, for your wonderful hospitality. Great food. Incredible music. Most of all, thank you for your people who are the real reason we will be returning as often as possible and some day we too will call Merida home. 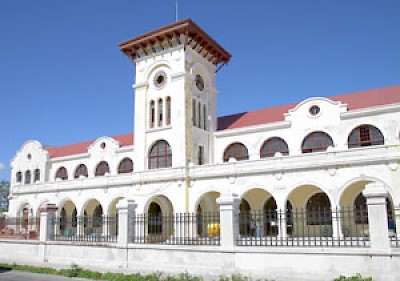 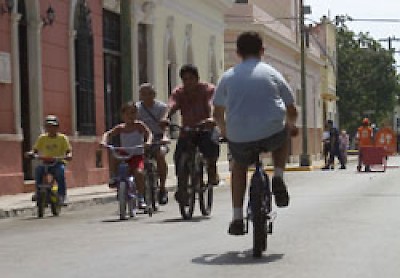