There are few things more pleasurable than taking the time out of a hectic day, curling up (or sprawling out as you ought to do here in the Yucatan to avoid overheating) to read a good book. If you have not yet achieved fluency in written Spanish and have exhausted your (probably) limited library of English language books that you brought with you to Mexico, you might find yourself in a bit of a situation. It exceeds most people’s budgets to order books online and have them shipped here, and many of us rather enjoy the process of browsing shelves of books. Finding out that Merida has its very own English Language Library might just be the answer to your literary prayers.

For expats in the know, the Merida English Language Library (MELL for short) is a treasure they couldn’t imagine living without. Located in the downtown historic Centro of Merida, the library contains approximately 17,000 English Language books as well as DVD’s and magazines. It is a valuable resource for those who seek the simple comforts of reading or watching a movie without having to crack open an English-to-Spanish dictionary or log on to Google Translate.

The expansive collection of books at the library has been graciously donated by some of its 600-plus members, or acquired by fundraising through efforts such as the annual Chili Cook-off (which is in its 14th year), book sales, and a big Fourth of July party held each year, which offers another taste of home for Americans who are away from the United States for the big holiday.

In addition to these annual events, the library provides its members and the community with a variety of weekly and monthly gatherings, events, and workshops which have been the driving force behind the library’s success in the area.

One of the weekly events the library plays host to is “Conversations with Friends”. This event takes place every Monday night in the library’s garden, and is a casual gathering of English speakers and Spanish speakers both practicing their conversational skills through dialogue. Attendees are typically seated at tables of four or more people according to fluency. For expats, in addition to practicing conversational Spanish, there is the added benefit of meeting new and interesting people from Merida and elsewhere. Locals who attend this event get to practice their conversational English while getting to know some of the new people moving to their city.

Another big event on the library’s calendar is MELL-O night, which is a party held on the third Friday of every month. At each MELL-O night, there is usually a good mixture of locals and extranjeros (foreigners). There is a cash bar to liven things up, as well as free appetizers for those who come hungry. The event typically starts around 7:30 PM and lasts till 10:30 PM.

The library also holds Al-Anon meetings in English on Wednesday nights starting at 5:30, which offer support to the family members of alcoholics. In addition to these meetings there are also AA meetings in English, which take place every Tuesday and Sunday at 5:30 PM, as well as Thursdays at 7:00 PM, for anyone who wishes to attend.

Every Wednesday morning starting October 7th until March, MELL’s famous House and Garden Tours are guided by local real estate agent Keith Heitke. The tour costs $200 pesos and leaves from the library at 10:00 AM, so guests should arrive around 9:45. The tours give anyone who attends the chance to see behind the closed doors of some of Merida’s most interesting homes.

A monthly newsletter cleverly titled “You´ve got MELL” is available online and includes the latest President’s Message, as well as book club titles and meeting dates, recent additions to the library, and the calendar which contains all the events scheduled for the upcoming month.

Like many of the buildings here in Merida, the interior of the library is equally as inviting as the events held within its walls. Colorful artwork decorates those walls, and the high ceilings give the library a breezy open-air feel. As you walk toward the back of the library and pass the kitchen (where there are various beverages for sale for a nominal fee), you will find the children`s room with a bilingual collection of children`s books and toys. Story time is held here every Saturday morning at 10 a.m. for kids of all ages, and a few books are read aloud in both English and Spanish.

Director Reg Dineau would be the first to say that MELL is much more than a place to pick up and drop off books. MELL is a fixture in the community here in Merida, and not just for English speakers. It is often one of the first places that travelers visit when they arrive to Merida because it offers information and services that make either a temporary stay or the beginning of a more permanent one that much easier and comforting.

To become a member of the Merida English Library you can join as an individual for $250 pesos a year, as a family for $350 pesos a year, or as a Yucatecan student for $100 pesos a year. Stop by during business hours to speak to one of the many volunteers, or for more information visit www.meridaenglishlibrary.com. New events and forums are constantly being added to the calendar, so make sure to check “You`ve got MELL” so you don`t miss a beat. 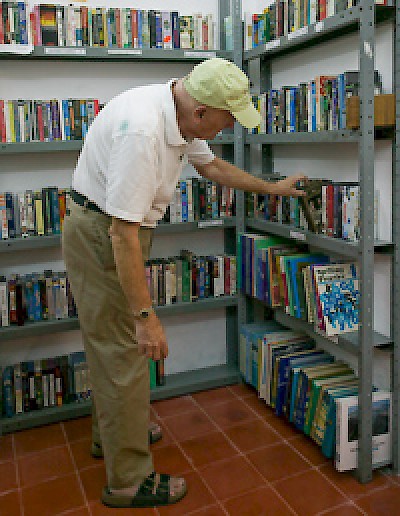 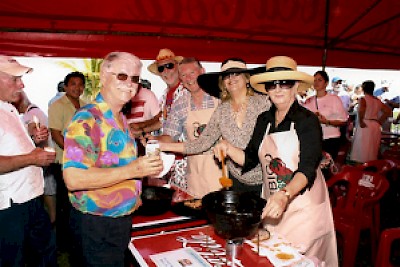 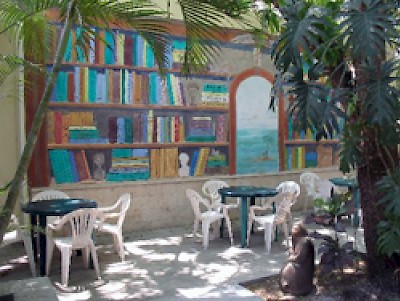 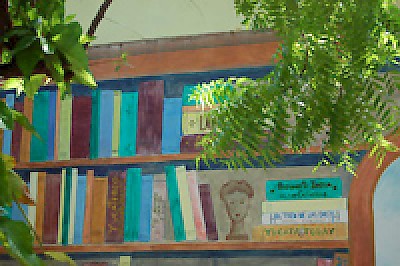 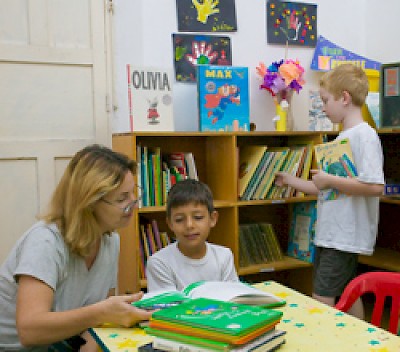 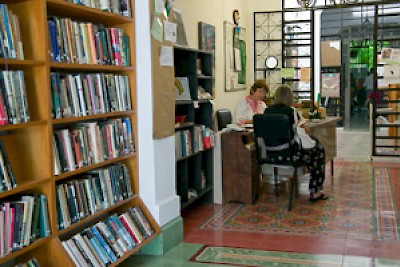