LIVING / How to Dispose of Batteries in Merida Email & Share

How to Dispose of Batteries in Merida

For those of us who have had the REDUCE - RECYCLE - REUSE mantra circling in our heads for decades now, coming to Merida has challenged our ability to maintain our values in this area. Reducing is definitely easier here. We have figured that just living here means we use less resources than we would in the United States... it's a fact of life. On top of that, of course, we try to reduce our consumption of things like fashionable clothing, close-toed shoes, sweaters and any number of other things.

And one of the first things we noticed when we moved here is that there were few (almost none, really...) thrift stores, used clothing stores, antique stores or used book stores. Yes, there are a few. But so few in relation to the size of this city. Mexicans are born with the ability to reuse (or if they aren't going to reuse something, they have a cousin or a grandchild or a maid who will...). It's a part of the culture.

But recycling, now that is a different story. Recycling is not easy here. Yes, people will pick up cans on the street because cans can be traded in for a few pesos. And the same with metal junk (chatarra). But plastic bottles? They might reuse a few, but the rest seem to end up on the side of the road. Ditto plastic bags.

So imagine our delight when we recently came across the instructions on how to dispose of batteries!! It seems the city of Merida is participating in a national program to dispose of batteries in a manner that is healthy for the people and the planet. First, they are educating the public to understand that throwing away batteries is not a good idea. Eventually, those batteries end up in the dump, and eventually, the chemicals in those batteries end up in the water supply. This isn't good for anyone.

So, here are your instructions:

First, wrap the battery with tape. No instructions on the kind of tape, sorry.

Then, take the batteries to one of these authorized battery drop off centers:

The batteries collected at these locations will be properly disposed of in a national governmental center in Mina in the state of Nueva Leon. For more information, you can check out the government website (in Spanish) here.

Bravo, Mexico! Let's do more of this! 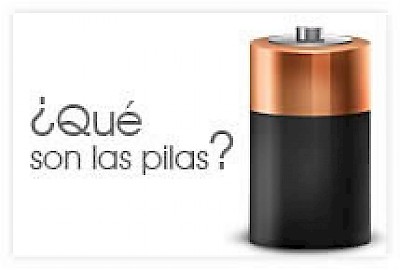