“Soooo, what happened to you?”
“I was bitten by a dog. Mordida, literally.”
(Mordida means “bite”, but it also refers to a bribe.)
“Ohmigod! Did one of your dogs bite you?”
“Of course not! It was a perro de la calle, a street dog.”
“How did that happen?”
“Well, I was driving back from walking my dogs, and I saw a dog that had just been hit by a car. It was wounded in traffic... and I just couldn’t leave it there...”

So began many conversations with Working Gringa last week.

Working Gringa, as many of you know, has a big soft spot in her heart for dogs of all shapes and sizes (well, she’s not crazy about tiny dogs with high-pitched barks…) and has difficulty with the idea that she cannot help all the dogs who need it. In a place where dogs are not always respected or well cared for, daily life is full of temptations and invitations to “do good” in a way that may sometimes be dangerous. Working Gringa knows she isn’t the only one who is tempted, and so she offers this account of her latest adventure as helpful information for those who might find themselves in a similar situation.

After stopping and running out into traffic to rescue the dog, which couldn't move after being hit by a passing car, Working Gringa found herself struggling to put a leash around its head. In his fear and pain, of course, the dog bit her on the wrist. She and an anonymous man from the nearby car dealership lifted the dog out of traffic and into her car, where she soothed the poor beast and drove him Sandra, one of Merida’s best veterinarians (Pets and Company), where he was eventually put to sleep and out of his misery.

Having never been bitten by a dog before, Working Gringa had not been too concerned up to that point, but seeing the look on Sandra’s face and reading the note sent her straight to the hospital from the vet’s office. Besides, the excitement was over and her wrist was starting to really hurt.

Not far away from Sandra’s office is the Star Medica Hospital, one of Merida’s newest hospitals and one of a chain of private hospitals in Mexico. Working Gringa walked into the emergency room, where at least six or seven nurses and doctors were standing around, waiting for their next patient. She was immediately shown to a clean and modern gurney where she lay down to wait for a doctor who arrived within thirty seconds.

Dr. Jose Tello looked to be in his early thirties, spoke some English and, judging by his belt buckle, had attended Tulane University during part of his training. He and two nurses brought over supplies and proceeded to thoroughly wash Working Gringa’s right arm while gathering all the important information. After inspecting and dressing the wound, Dr. Tello ordered a tetanus shot. He also wrote a prescription for antibiotics and pain medication. He explained that he was unable to administer the anti-rabies vaccination, as that was only provided by state-run institutions. He suggested strongly that Working Gringa go immediately to the Departmento de Medicina Preventiva (Department of Preventative Medicine) at either O’Horan Hospital or the Hospital T1. He wrote a note similar to Sandra’s and told Working Gringa to return for the next two days to his emergency room so he could check on the progress of her wounds.

Next stop, the caja (cashier) to pay the bill. A complete list of all services and supplies used to treat her was produced from the computer: Gauze sponges (gasa de esponjear), sterile latex gloves (guante latex esteril), syringe (jeringa), etc. The complete bill came to $374.10 pesos (about $35 USD), including $70.35 pesos (about $6 US) for services rendered (curacion). After living here for six years, Working Gringa was prepared for a modest bill, but this still seemed incredibly reasonable.

With her hand bandaged, Working Gringa drove to O’Horan Hospital, expecting to end up sitting in line for the rest of the day. We have all heard various stories about public medical assistance here, not all bad, but all of it involving hours of waiting.

The O’Horan Hospital is Merida’s oldest hospital, located on Avenida Itzaes just north of Calle 59 and Parque de la Paz, one of our favorite Merida parks (now with free wireless internet!). Working Gringa parked at the Parque and put five pesos in the pocket of the freelance parking attendant who didn't have the use of either of his hands. She walked into O’Horan, expecting the worst, and ran right into one of the directors of Brazos Abiertos, which is working with the state to educate the citizens about HIV and AIDS. After a bit of small talk (see beginning of article), she settled into the task of finding the Departamento de Medicina Preventiva by looking around, because the centrally-located information desk was inhabited only by a nice cold can of Coca Cola, but no human.

Working Gringa didn’t have to look far, because the department was right across the crowded hallway. Opening the door, she found a secretary reading the morning paper, and in a small office the size of a closet, sat Dr. Bojorquez. Working Gringa told her story and handed over the reports from Sandra and Dr. Tello. Dr. Bojorquez, an elderly man who had also been reading the morning paper, pulled out two forms from a desk drawer, inserted a piece of carbon paper between them, and proceeded to ask questions about the incident. Was she bitten? How deep was the wound? (Profunda. Deep.) Where was the wound? Where was the animal?

At the end of the form, he wrote at the bottom his prescription for Tetanus (already administered) and antirrabica con gamma globulina (anti-rabies treatment with gamma globulin). He then stood up, told Working Gringa not to worry, because they would take good care of her. He led Working Gringa next door, to a smaller office used for giving Vacunas (Vaccinations). There, a middle-aged nurse named Lourdes, sat her down and proceeded to calculate and record five dates on her form. These were the dates when Working Gringa would need to return for her anti-rabies shots. Nurse Lourdes told Working Gringa she would need three shots this first day, dos en sus pompas (two in your... well, you get the idea.) and una en su brazo (one in your arm). The nurse locked the door and led Working Gringa to a small bed behind her desk, half covered with old medical journals and boxes. Working Gringa laid down for her two shots in the pompas and then sat up for the shot in her arm. All were administered quickly, professionally and painlessly by the obviously-experienced Nurse Lourdes.

Then Nurse Lourdes wrote four things on the back of the form. Normal diet and bathing. No alcoholic drinks during the treatment. No strong exercise (ejercicios fuertes). No long exposure to the sun. All for the next thirty days.

Then, at the top of the page, she wrote in capital letters,

Rabies is preventable, but it is not curable. In other words, don’t even think about not coming back for the other shots on these four dates, because we can prevent rabies this way. But if you contract rabies by not getting your shots, we cannot cure it.

Nurse Lourdes ushered Working Gringa out of her office and that was that. Total cost for anti-rabies treatment? Zero. Nothing. Nada. Total time spent? Maybe twenty minutes.

The bite wounds are already healing, though the pain has gone away very slowly. Working Gringa has already been back for her two follow up visits to Star Medica. Both times, Dr. Tello was there and looked at her wounds, assuring her they were healing well (Total cost for second visit? $15 pesos. Third visit? Zero pesos.) Working Gringa has also been back for her second round of shots at O’Horan Hospital, which were just as efficient and painless as the first ones. And also free.

Working Gringa has learned a few lessons. First, dog bites really hurt. Second, if you are going to rescue a wounded dog, be prepared with gloves and something to secure the dog's mouth. And third, if you do get bitten, professional and competent help is both readily available and inexpensive.

Gracias to the professionals who helped that day: Sandra, Jose Tello and his nurses, Dr. Bojorquez and Nurse Lourdes. And chalk up another day when we Working Gringos are grateful to be living in Yucatan. 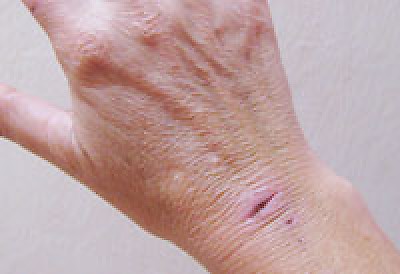 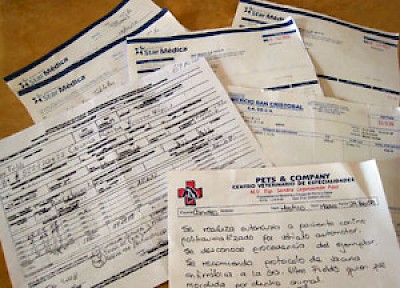 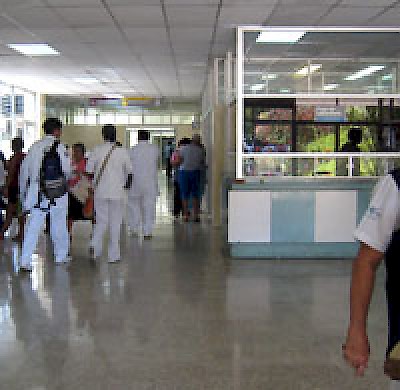 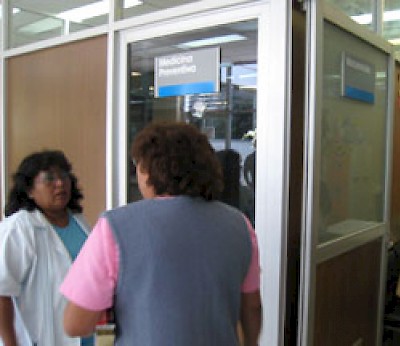 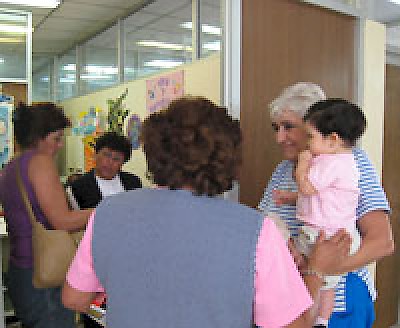