You can walk down Paseo de Montejo in downtown Merida and see the French influence in the architecture... the ornate wrought-iron banisters and window protectors, the beautiful molding on the old mansions, the structure and dignity of the mansions themselves. There are echoes of Parisian taste and design everywhere. As it turns out, when Merida was one of, if not THE wealthiest city in the world at the turn of the 20th Century, many of Merida's wealthy citizens used their newly found wealth to travel to, learn from and import art, architecture and other amenities from France.

But this was not the first time that France and Mexico came into contact. If you study history, you know that the relationships between nations are often defined by the wars fought between them. In the case of France and Mexico, there were two major wars fought between these countries, in large part based on economics, rather than on moral, religious, or other deeply divisive grounds.

The First Franco-Mexican War (called The Pastry War) took place between 1838 and 1839. That war started when Mexican soldiers looted a French pastry chef’s shop Mexico City. The incident took on international dimensions, and France demanded reparations of $600,000 pesos, a fortune in those days, and that all French loans to Mexico be paid immediately and in full. When Presidente Bustamante of Mexico refused to pay, France blockaded ports from Yucatan to the Rio Grande, bombed a fort and seized the port of Veracruz. When Mexicans started smuggling goods in through Corpus Christi, Texas, the USA was worried that they too were going to be blockaded, and started supporting the French. General Santa Anna even got involved, and lost his leg for his troubles. Finally, with the diplomatic intervention of Great Britain, Mexico paid the $600,000 pesos and France withdrew on March 9, 1839.

The Second Franco-Mexican War (known by many names, including The Maximilian Affair) took place between 1861 and 1867. Some of the reasons for the start of the war included (1) Mexico had huge, unpaid debts to the French, British, and Spanish and President Benito Juarez stopped paying interest on the loans, (2) France needed a powerful Catholic neighbor to counterbalance the growing number of American Protestants and (3) Napoleon very much wanted to exploit the silver mines in Mexico to finance his empire-building habit.

Maximilian, an Austrian backed by France, accepted the crown of Emperor of Mexico in 1864. Emperor Maximilian presided over Mexico from 1864 to 1867, with the Empress Carlota at his side. During their short reign, Carlota took her empress duties very seriously, and even managed what was then a strenuous trip to visit the Yucatan, seeing Uxmal while she was here. But Emperor Maximilian never presided over anything resembling a peaceful state. Battles waged between the Conservatives in Mexico City (backed by Spain and France) and the Liberals in Veracruz (backed by the USA under President Lincoln), including the battle for Puebla which is now celebrated the world over (except in most of Mexico) as Cinco de Mayo. Finally, assisted by the diplomatic intervention of the United States, along with the capture and execution of Maximilian, France withdrew from Mexico and the Republic of Mexico was restored in 1867.

By the late 19th and early 20th centuries, there were more millionaires in Merida than in any city in the world because of the production of henequen, the raw resource for sisal rope for the shipping industry. This led to wealthy Meridanos sending their children to private schools in Paris and then combining shopping with picking up the children at the end of the school year. Ships would travel to Europe with henequen and rope, and return with French art, artifacts, furniture and fashions, with French roof tiles in the holds as additional ballast. We have spoken to some of the descendants of the wealthy of those times, and they have told us stories of their grandparents taking themselves and all their servants to France for months at a time, returning laden with furnishings for their homes and French artisans and architects to build the homes. By this time, the cultural exchange between the two nations was deep and secure.

If you are a Francophile living in Merida, you are probably aware of Quoi de Neuf Merida (What’s New in Merida?). This group began just a few years ago and is dedicated to holding monthly meetings that enable Francophones and Francophiles in Merida to meet and develop friendships in an informal atmosphere. This group welcomes newcomers, and provides them with contacts and practical information for living in Yucatan.

Since 1883, the organizing committee of the Alliance Francaise, meeting in Paris, decided to form an international institution organized to allow dissemination of French culture abroad through education, in various countries, of the French language. With the approval of the Ministry of Interior, the French Alliance was formally established on March 10, 1884. Later that year, in accordance with the cultural links between Mexico and France, the Alliance Francaise de Mexico was formed, being the oldest after that of Paris itself. Since then, the Alliance Francaise, designed from the beginning as civil partnership, has been expanding and strengthening its diplomatic and cultural ties. It currently has 1,135 associations in 138 countries, which teach the language and spread French culture.

In other words, the Alliance Francaise de Mexico was opening language schools and using education and cultural exchanges to both form and cement ties to Mexico at the same time that Yucatan’s Meridanos were sending their children to school in Paris and making their annual shopping pilgrimages to the French city of lights and love. The organization has a very long history in our fair city. As recently as July 2014, Alianza Francesa joined other offices around the world and hosted a music festival here in Merida.

One of the most iconic amenities of Merida, the Paseo de Montejo, owes its existence and beauty to the French influence in Merida as well. During the time that the French were beginning to exert their influence on Mexico, the Champs-Élysées was just coming into its own, with new plantings of trees and new importance given to the avenue in Paris. Shortly thereafter, the Meridanos began to take notice and realize that they had all of the right parts and pieces to create their own version of this now world famous avenue. Today, we are able to enjoy the style and grace of an avenue in Merida that could only have its origins in Paris.

France and Yucatan in the 21st Century

Mention France in Yucatan today and one of the first things that may come to the minds of people in the know is La Solidaire du Chocolat, a charity boat race from France to Yucatan.

There is a House of France in Progreso now. It hosts not only the cultural events that are related to the relationship between France and Yucatan, but also as a place for local art exhibitions and any number of workshops. The Casa de Francia in Progreso has also hosted several art and writing contests for children, while giving Yucatecos an opportunity to share their culture with French expats and visitors.

For two centuries, France and Yucatan have both had the good sense to take good care of their relationship. The basis for it began as economic, but cultural ties, especially on the part of France, helped to cement the relationship. Over the past two decades, Yucatan has developed a stronger outreach program than ever before. For example, it is not unusual to see elderly Maya ladies board a plane to go to France to exhibit hammock-making, nor to see an entire ship filled with the products of Yucatan setting sail for France. Some say that the basis for the relationship is their common religion, but that is surely only a small part of the picture. Understanding the value of culture and friendship will continue to keep France and Yucatan together far into the future.

Nowadays, French expatriates can be found throughout the Yucatan, at that small French bakery in Tulum or running a hacienda hotel somewhere on the Yucatan Peninsula. Next time you see a huge celebration of the French Revolution in July in Merida, and wonder where all of those French people came from, know that they have lived here for generations and will continue to do so.

Learn more about Maximilian and Carlotta and the Second Mexican Empire.

About tiles as ballast... 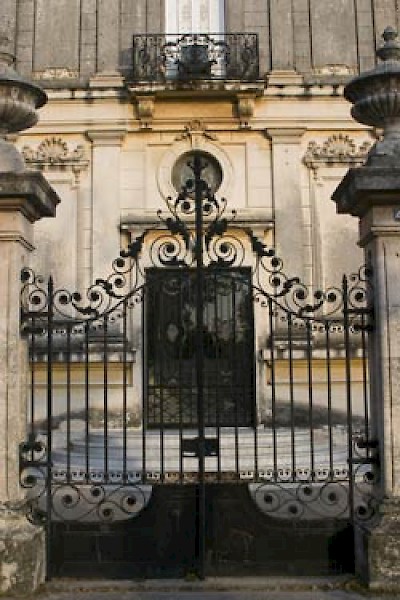 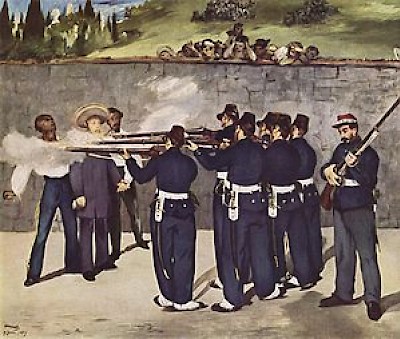 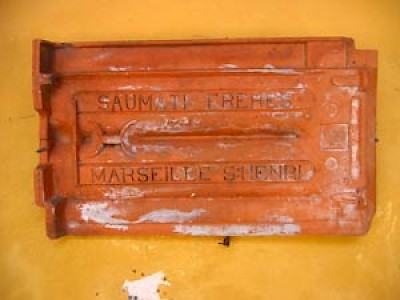 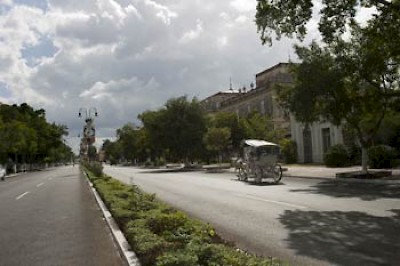 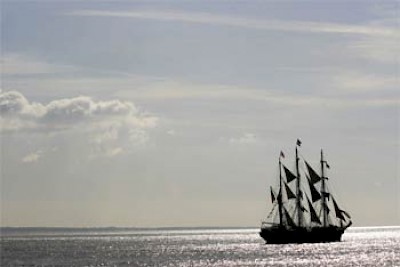