There were lots of people looking for hotel rooms the last few days. The airport was incredibly crowded, but people are getting out. (The picture to the left is of the airport in much quieter times...) We've been hearing airplanes overhead about every two hours, so they are leaving, slowly but surely. A quote in the newspaper said that normally there are 100 landings and takeoffs at the Merida airport, but yesterday they registered 223 in total. (It sure seems like more than that...)

In addition, the governor of Yucatan sent cots, water, medical service and local information to be distributed to the mostly American and European tourists waiting in the airport. Apparently, people have been taking their towels out to the big grass lawn outside the Merida airport and getting a suntan while they wait.

The carretera, or highway, between Merida and Valladolid is open, but not on to Cancun. Still, there are ways to get to Cancun now by going through Coba and Tulum, or by going down through Felipe Carrillo Puerto. We've heard that it's taking people as long as 14 hours to get there though... a trip that should take 3-4 hours.

Some people from Merida with friends along the coast have been going out there and bringing supplies. Our friends in Playa del Carmen say they are fine... everything is a little wet, but drying out. And everyone is working very hard to make Playa beautiful again as quickly as possible.

The weather has been absolutely beautiful here in Merida ever since the end of the hurricane. It's been bright blue skies and sunny during the day, and cool at night with bright stars and a waning moon... 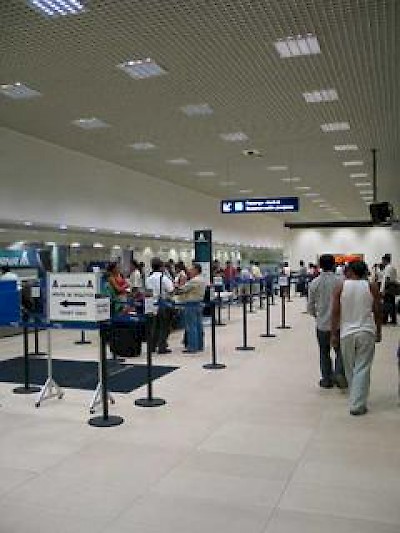