Visit to a Mayan Healer

What was a white woman traveler doing before a religious altar in a little Mayan hut in a small Yucatecan village in Mexico with a strange man?

While staying at a nearby pueblo, I heard about a special Maya holy man who was a healer and source for spiritual purification.  I needed his services, so I set out to have a session with him.  A taxi driver took me to his small, unpretentious Maya home because finding his place on my own in a maze of winding roads would have been difficult, if not impossible.

When I first met Juan de la Cruz Pech of Temozón, I was struck by his gentleness, calmness and the sparkling friendliness in his brown eyes.  They seemed wise and able to take me in all at once, looking into and through me.  An elderly Maya woman wearing a blue embroidered huipile (traditional dress) was his first patient.  She was suffering from arthritis and I watched as he treated her with his hands, herbs and melodic chanting.

Then it was my turn.  He asked my name, writing it down.  Gently, he took my hands, turning them palm side up, studying them and asked in Spanish: "Dolor”?  (Pain?)  I shook my head and explained in rudimentary Spanish I was seeking contentment, inner peace, a release from stress.  He nodded.  Then he carefully lifted my hands again and felt my pulse, not in the manner of a western medic. Instead, he was holding his fingers firmly on the veins of my wrist, listening intently to my inner workings.  With a captivating, reassuring smile, he nodded again.

Collecting a sprig of herbs (I detected the fragrance of basil), he began his ritual.  Lightly, he tapped my forehead, the top of my head, back of my neck and shoulders, down my arms to my hands, down my legs to my feet waving away disharmony with the bouquet.  At the same time he was chanting in Maya in a soothing, sweet tone.  Incense drifted in all directions.  I stared at his altar of fresh flowers that held images of Jesus, the Virgin Mary and Our Lady of Guadalupe, the patron saint of Mexico, along with unlikely items like a watch and a clock; I felt a rush of blood flush my face.

For fifteen to twenty minutes, the gentle elder touched, tapped, patted, and laid his hands upon me, especially around my head and neck.  At times he deftly, delicately applied herbal salves and indistinguishable potions, one from a small seashell.  This time I could smell pine.  Finally, he led me to a hammock in which to lie down and relax while he dabbed a herbal solution in my eyes.

I’m still not sure whether it was all in my mind, but at the end of my session, I was grateful to the soothing Mayan healer for his gift of inner peace and relaxation that lasted at least three days ….until it was time to re-enter the rat race again. Despite the onset of modern life, I still can recall the sense of oneness with nature and an acceptance that all was well and there was no reason for stress.

My husband, Norm, was also repurified. A skeptic at heart---he has a technical background---he was completely taken by Juan. His repurification differed from mine and he says that although he was trying to analyze the intonations and offerings Juan administered (he was made to drink an unknown liquid), he fell completely under the healer's spell and says he's never felt more relaxed, and yet at the same time, alert. This feeling lasted about three days as well. During the session, Norm says he felt blood coming to his head and his heartbeat quickened, which surprised him but didn't last long.

We both left Juan de la Cruz Pech very respectful of his gentleness, his humility, and his gift.

Editor's Note: Heather Rath writes occasionally while she is wintering in Progreso, Yucatan. She can be reached at heatherintransit@hotmail.com. 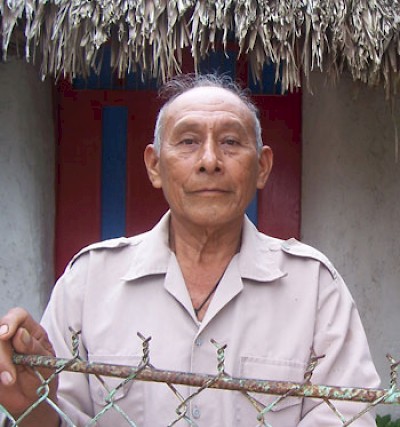 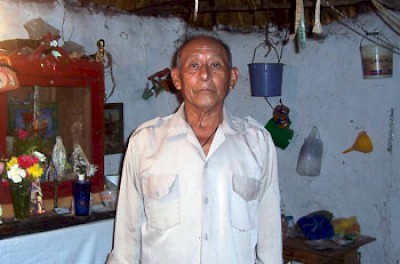