The Virgin of Guadalupe Video

During the making of the video below, we actively pursued and investigated the activities going on in and around Merida leading up to El Día de La Virgen de Guadalupe. Even with planning and three people, we could cover only a small part of the action.

The festivities started several days ahead of the actual day. Individual families and neighborhoods held novenas and parties to honor la Virgen. Houses were decorated and whole streets were blocked off. Families prepared meals to share, decorated altars with as many flowers and lights as they could find, and brought out all their Virgen pictures, posters, statues and paintings. "Ven más tarde!" (come by later!), they would say to us, "there will be mariachis!" We never actually heard a single mariachi band, but since everyone was talking about them, we imagine they were all over town.

One gentleman we met was holding a novena in honor of his wife who had been dead for twelve years. Her picture was prominently displayed below the larger painting of la Virgen on his altar, which adorned the entire front of his home. When we saw him at about 5:00 pm, young men were setting up the sound system. When we came by at 10:30 pm, we had missed the mass held in front of his house and the procession where the statue of the Virgen was carried around the block. All the neighbors and guests were now sitting around, being served food by his daughters. One friend was handing out cold beers to anyone who wanted them. We couldn't wait around for the mariachi band that was due to show up at midnight, but the neighbors seemed very content doing just that.

We also couldn't get up early enough on Tuesday morning to hear Las Mañanitas (mañanitas is the name of a morning-blooming flower in Mexico) being sung to la Virgen in Merida's San Cristobal church. Las Mañanitas is the traditional birthday song of Mexico and is sung all over the country to honor the Virgen on her day. There must be a special place in heaven for the people who sing it the earliest, because the first scheduled event at the church was at 3:00 am. Maybe we'll make it there next year.

As you'll see in the video, we went to the church in Uman, a smaller city south of Merida and to San Cristobal in Merida, both centers of much activity on that day. We couldn't follow the riders and runners back to their villages to all the outlying churches where additional services and celebrations were conducted throughout Yucatan on Tuesday. But we did get to mingle with the crowds and see the babies dressed like little Juan Diegos or tiny Virgenes. We also saw the Bishop of Merida as he officiated at the wedding of a few (chosen?) couples in front of a packed church. We saw young women dressed traditionally as indigenias (indigenous), handing out flowers and fresh vegetables.

What we took away from these experiences was a respect for the real devotion and love Mexicans feel for this uniquely Mexican deity, and especially by so many of the young. With people riding and running from everywhere to everywhere, the events were a study in organized chaos. Probably the most exciting moment was standing in the crowd on Monday night in front of San Cristobal as white-clad nuns drove up through the crowd in a minivan. About six nuns with guitars stepped out and then the van continued through the crowd, followed by another car carrying a big glowing rose, draped with a Mexican flag and bearing a lit statue of la Virgen in the middle. Young men kneeled as la Virgen passed by on her float. As the crowd surged into the church for a mass with the singing nuns, we bought our Virgen memorabilia (tshirts, socks, hanging lights) and took our tired bodies home.

The whole event reminded us of nothing so much as a three-day Grateful Dead concert. There were people of all ages, singing, eating, sweating and enjoying each other's company in common worship of something beloved, of Something Greater Than Themselves. It was exhilarating, touching, fun and inspiring. We hope this 8-minute video conveys a little bit of that for you. Enjoy!

Special Note: We would like to assure our audience that absolutely nobody named Joseph Sabido was harmed during the making of this production. Gracias, Joseph! 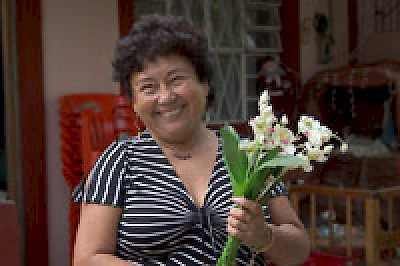 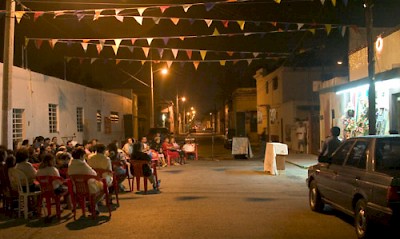 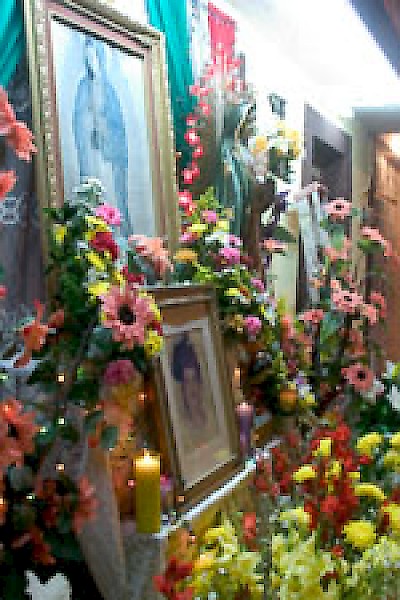 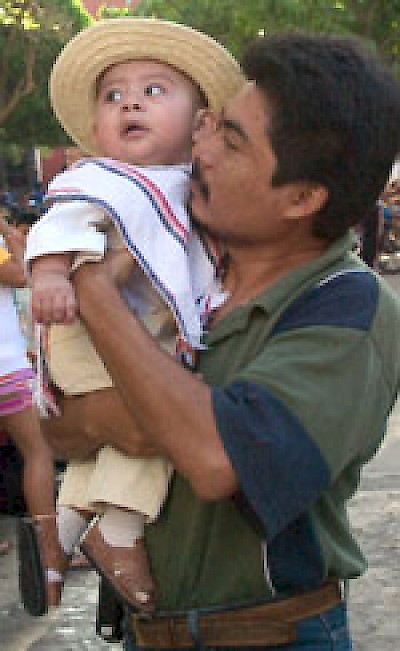 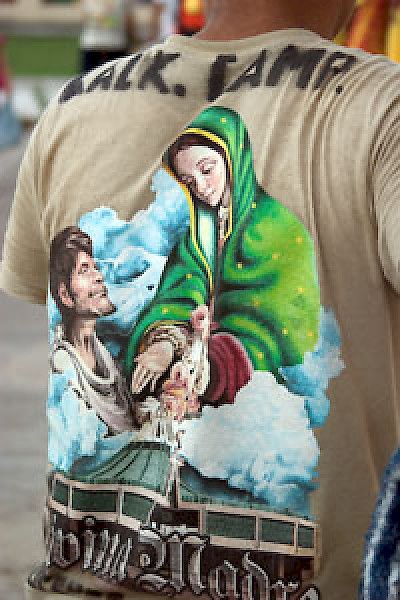