Save the Melipona bee!

Save the Melipona bee!

“Honey is not just honey.”

Genoveva says to me in the open air of shady courtyard in her home. She and Jason are the founders of Casa de Abejas, a cooperative project that sells premium, sustainably produced Yucatan honey in local markets. Their efforts focus on saving Yucatan’s native Melipona bees and the traditional beekeeping methods which support them.

"There is chinese honey made without bees. There is also honey made with mixes of preservatives and other things. Some honey is made by bees fed sugar water.”

Mexico has 47 species of bee and 16 are found only in the tropical areas. After the introduction of foreign species, many beekeepers began to favor European or African species, which were hearty and produced larger quantities of honey.

“Many communities have forgotten the old ways of working with Melipona bees in favor of working with other species which produce more honey. Apart from the loss of cultural heritage and a medicinal honey, this is a danger because the Melipona is the only bee that pollinates certain plants. The Melipona are the main pollinators of many species of flora in the Yucatan. If we lose the bees, we lose the plants. The plants are endangered.”

Many of the plants in this region can only be pollinated by these bees; another species will not do.

Casa de Abejas approach to conservation of the species is to promote the setup and construction of new meliponarios, groups who keep meliponas, in the communities of Yucatan. They purchase a healthy hive from a meliponario and nstead of gathering the honey, they will “split the hive” (every 8 months) and donate one half to a new meliponario.

Choosing a recipient is difficult and involves training, planning and setup. “Whenever we have enough money, we scout to see who has the strongest hives. Once a community has been found, CdA purchases a hive to split and give to the pueblo.”

The process begins with “Colmena Madre.”

“Its like a treasure when you get one of these hives. Because from that, you’re going to start everything. It’s very slow, but it happens. We know people who started with 2 hives and now have over 200 hives.”

Once the hive reaches maturity it can produce a maximum of 2 liters per year.

“It is really a treasure,” Genoveva says opening a small jar.

Melipona honey is unique for its flavor, medicinal value, antibiotic properties, nutritional value and cultural significance because of its sacred use in Mayan ceremonies and rituals.

“The principal medicinal value of honey arises from its antibacterial properties when used as a wound dressing. Honey bees originated in southern Asia, probably in the region of Afghanistan. The earliest record of humans gathering honey from wild colonies is from 7000 B.C. Man first kept bees about 3000 to 4000 B.C., perhaps as early as 5000 B.C.” 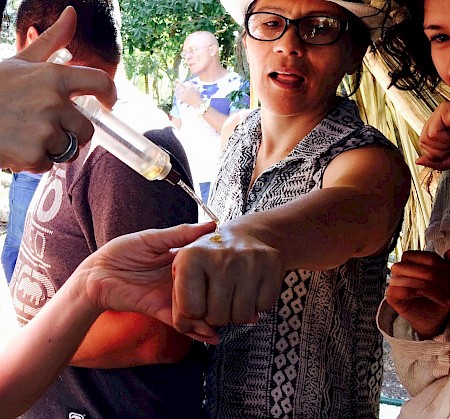 The Melipona honey is a bit runny and the flavor pleasantly acidic; it certainly tastes like a remedy.

Their bees feed almost exclusively on dzidzilche, a bush with beautiful white flowers which are free of pesticide.

“It’s very delicate. Some seasons the flower dries out and no bees can get to the nectar, so it is very rare.”

There are other honeys produced in Mexico and Casa de Abejas' carries several local varieties focuses on melipona, dzidzilché and flavor infusions which consist of these 6 flavors: Habanero, Pepper, Bergamont, Cardamom, Lavendar and Cacao.

Genoveva started Casa de Abejas to promote Melipona habitat conservation. Do you want to see the Peninsula full of Meliponarios? Buy CdA’s honey, take care of the ecosystem, plant trees and flowers for the bees.

For information about workshops or to purchase bee products email: info@casadeabejas.com 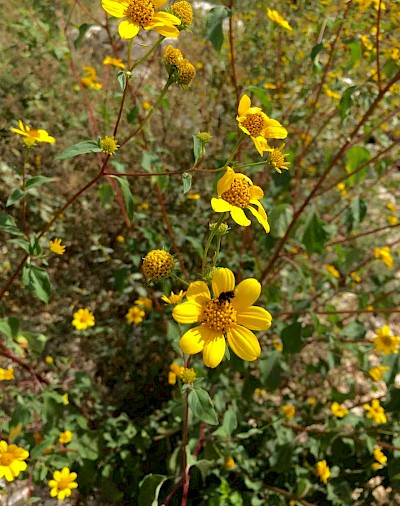 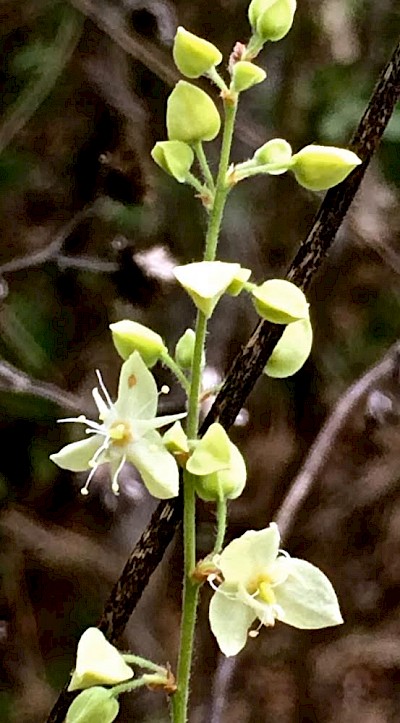 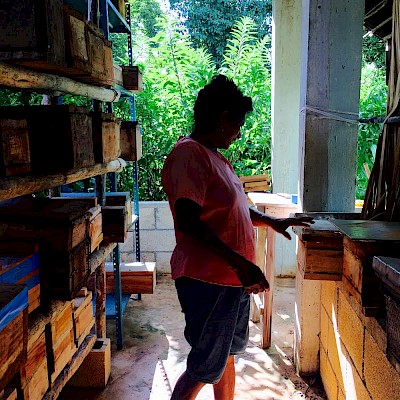 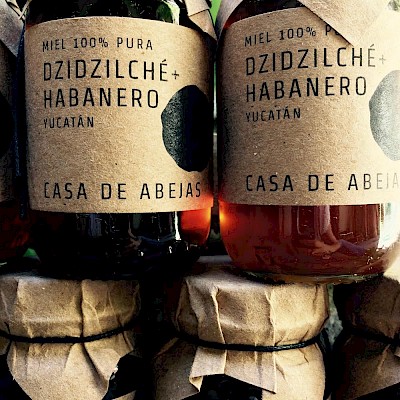