Despite all the social changes of the past few years, respect still retains highest priority status. For traditional Yucatecans, it is so important to not publicly offend, criticize, or be scornful of another person’s choices or lifestyle. In most families, Mamá is cherished and Papá is listened to with full attention. Children do not talk back cheekily to their parents or grandparents and elders are revered. Teachers are obeyed. Younger siblings are taken care of, neighbors’ idiosyncrasies are tolerated and passers-by are greeted in the streets – “Buenos días” or “Buenas tardes” is always murmured as one walks by.

When a person comes into a room, they greet everyone there – often with kisses and endearments. If two people are speaking and another person comes into the room, the conversation stops and the newcomer is acknowledged. If someone is having a party and you bring an extra person (or persons) – even without notifying your host, the extras are welcomed as though they were at the top of the guest list.

On the other hand, if respect is not shown, the absence is palpable.

In most places in North America or Europe, showing this over-the-top courtesy is not common and so newcomers to Merida may not think to extend it. Because some Yucatecans do not have a lot of experience with the social mores of other countries, they can easily be offended if the pleasantries are not forthcoming. It is difficult to know what exactly should be done, but the basic rule of thumb is that no one should be left alone in a crowd. If you are in a group, be sure everyone is greeted and introduced to everyone else present. If someone new comes into the room (even if they are, in fact, interrupting) they should be made to feel welcome. Inclusion is very important.

As guests in this country, we need to take a back seat sometimes. Yucatecans do not really appreciate our analysis of all that’s wrong with this city. We need to be very sensitive of what we say when native-born people are within earshot. I was at a party once and there was a group of foreign men loudly discussing the merits of the local supermarket…

“Why don’t ‘they’ have a properly equipped hardware section?” one fellow asked the others.

“I know what you mean, I was looking for 1¼ inch screws the other day, and do you think I could find them?” answered his buddy.

They continued to criticize the way the store was stocked, how poorly it was run, and then went on to complain how “hardly anyone speaks English”. My Yucatecan husband was not amused, and when we got into the car, he exploded,

“Who do those guys think they are? To start with most people who shop at that store don’t ever have need for 1¼ inch screws; they have workmen who buy them… at a hardware store! Secondly, we are on the metric system here, and thirdly, we speak Spanish in “this” country!”

I don’t think the men had any idea that they were being offensive, but Jorge would have nothing to do with them after that – ever, ever, ever!

Neither are Yucatecans at all interested in hearing about how products / services / schools / government / etc. “are better run back home”. I’ve known women who claim even Jello is “not as good” here! I’ve had it pointed out to me that Yucatecans themselves will often comment about inadequacies they encounter, but that’s different… It’s OK to berate your own culture and way of doing things, but you don’t like to hear outsiders do so. We can draw a parallel with this and how we feel about our families. We can criticize them all we want and do so very vocally but if anyone else does – watch out!

It is best to keep our opinions to ourselves when we are in the presence of Yucatecan friends and acquaintances. But sometimes, this is unavoidable; how can we state what we feel without coming across as rude? Let’s go back to the case of the fellow who needed 1¼ inch screws. Instead of criticizing the store (which was interpreted as a badmouthing the whole culture!) it would be better to ask,

“Hey, I tried to buy 1¼ inch screws the other day; the store I went to didn’t have them… where can I go?”

This may sound like taking things to ridiculous limits, but the sensitivity is there, and you have to work around it.

I’ve heard newcomers speak hotly and loudly about so many situations and circumstances they don’t understand and often they preface their complaint with,

“What’s the matter with these people / this country / this government …?”

Once I attended a concert that was quite late getting started… An English voice beside me exclaimed,

“Why can’t anything here ever start on time?”

All the Yucatecans in the vicinity had very offended looks on their faces; I was most uncomfortable, and the English-speaker was poised to continue with his commentary…

“Remember, lots of people here understand English; be careful what you say!” I whispered to him. To his credit, he kept quiet after that.

It’s also a good idea to refrain from speaking English loudly in public. Try not to call out at full volume when you see a friend down the isle of the grocery store. Neither should you laugh uproariously because those around will not understand the joke and could conclude you’re laughing at them. Yucatecans are not used to boisterous North American ways and after all, we are in their country…

Once in a while, you will probably encounter a Yucatecan with very strong opinions about “your” country. I have had this experience and I usually cut the comments off by saying,

“Let’s not confuse the politics with the people!”

This usually softens the attack, but if it doesn’t, I continue,

“As a foreigner here, I am not permitted to make political statements; I don’t want to create controversy, so let’s talk about something else.”

The bottom line is, that as transplants in Yucatan, we have to adjust our yardstick to the status-quo in Merida, and avoid making direct criticisms of everything that is not satisfactory to us. We need to include people and be sensitive to their needs. We need to be tolerant of what we encounter around us and save our evaluations until we are in the privacy of our own homes. This isn’t always easy, but if you can manage to adopt this behavior, you will be considered muy educado – well mannered. People will warm up to you and treat you with the same respect you’ve shown them.

Editor's Note: Joanna van der Gracht de Rosado is a writer from Vancouver, Canada who has been living in Merida, Yucatan for over 30 years. She is the author of Tomando Agua de Pozo (Taking Water from the Well), which recounts many of her experiences assimilating in Mexico. You can read her Yucatan Living interview here and visit her blog here. 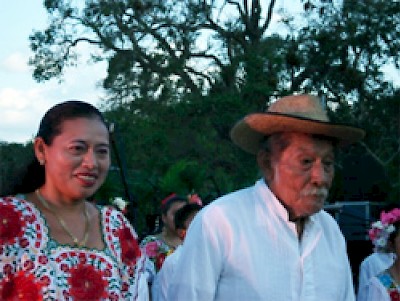 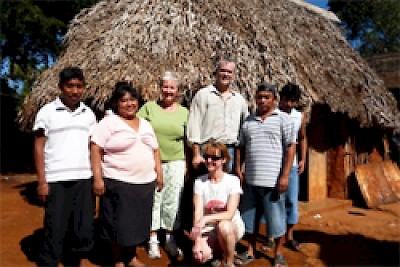 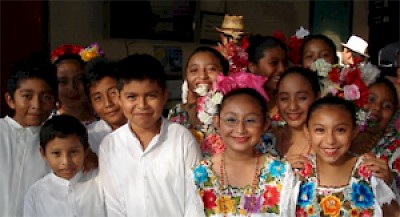 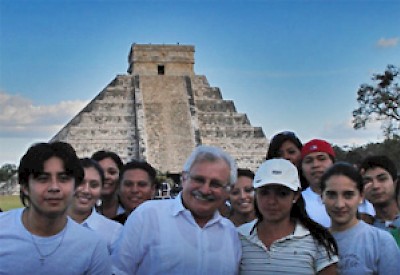