Cook It Raw Cooks In Merida

Editor's Note: This article is the first of what we plan to be a multi-article series brought to us by guest writer John Powell of Urbano Rentals on the local (and global) food scene here in the Yucatan. Enjoy!

Merida, Center of the (Food) Universe?

For some reason, Merida seems to be the center of the gastronomic universe at the moment. Food god Rene Redzepi forages our jungles for ants and edible weeds. Ex-Noma intern and local star chef, Roberto Solis, continues to shock and awe his diners at the local restaurant, Nectar. Jeremiah Tower (pictured above and to the right), the father of California Cuisine, came to dive in Cozumel and stayed. He lives in Merida where he is writing a book on sexual eating when he is not traveling the world collecting accolades. Now people go to Tulum specifically just to eat at Eric Werner’s Hartwood, as much as for the beach and celebrity stalking (and to think we used to go there to relax...). And now this month, Cook it Raw will hold their third and final event of 2014 in Yucatan during the festival of Hanal Pixan.

This October marks my 13th Hanal Pixan celebration in Merida. In my current home, I have a front row view of the Corredor de Las Almas (Corridor of the Souls) as it passes my little house in my personal favorite section of historic downtown Merida, L’Ermita de Santa Isabel. It is the time of year I always open my home to friends and friends of friends and sometimes even to strangers who wander in.

But this year will be a little different. This year, I will be helping my new friend Alessandro Porcelli host a diverse group of ten internationally-acclaimed chefs, journalists, artists, academics and community leaders who are in the Yucatan for the third and final Cook it Raw event. (If you are interested, you can view a video of the first two events linked below). A number of activities have been planned for the chefs and others. On the 29th the group will visit the Cacao Plantation in Tikul to learn about the Maya's relation to cacao and chocolate. One of the events will be a cocktail party featuring Illegal Mescal and an art opening at the new Coqui Coqui Foundation.

In anticipation of the event itself, I asked Alessandro to answer a few questions….

John: What a great article by Howie Kahn that came out in the Wall Street Journal about you and Cook it Raw (see below)! With that behind you and the popularity of the two videos made by Munchies (also below), you must be expecting great things for the third and final event. Is it a coincidence that this event is happening over the Hanal Pixan Day of the Dead holiday?

Alessandro: No coincidence! We planned to have the final event during the Day of the Dead since the beginning. We want to experience one of the most important festivals in Mexico and how food plays a very important part of this celebration.

John: This is your seventh Cook it Raw since you started in Copenhagen in 2009. Then came Finland, Poland, Japan, South Carolina, Italy. With each one, you visited for a week. Why did you change the format for the Yucatan?

Alessandro: Once I came here, I realized that the culture was so rich and unexplored that I wanted to spend more time here. I decided to extend the program over a whole year. I wanted to engage more with the local people and have a deeper understanding of the local food culture.

John: When I walk into a market in the Yucatan, or for that matter into a restaurant here, I see a very tiny variety of edibles. After 13 years here, I’m bored to death with the famous “Yucatecan Cuisine”. But with chefs like Jeremiah Tower living here and raving about the street food, and Hartwood’s Eric Werner finding unique and delicious provisions in the Valladolid market vendor's stalls, I am beginning to realize I must be overlooking something. What feedback have you received from the very famous chefs who have already been here this year? What have you discovered personally?

Alessandro: We actually discovered a wide variety of edibles in this region, but I am puzzled by the lack of diversity in the majority of the local restaurants. There are a few exceptions of course, like Nectar or Ku’uk, for example.

The street food in Merida and the Yucatan Peninsula is also good, and the variety of dishes is diverse. However, I do not understand why I can go to Sisal and find any day of the week a humongous variety of fresh fish and seafood, and yet it never makes an appearance on the tables of Merida.

John: I watched the video of the launch party for the Phaidon “Cook it Raw” Book, and I was struck by the sophistication of the launch compared to the almost impoverished rawness of the first and second events here in Yucatan. You seem to be as happy cooking over a campfire as over a professional restaurant range. Is there a question in there somewhere? Maybe even an answer...

Alessandro: I am tired of the concept of sophistication and pretentiousness that is often applied to "avant guarde" cuisine. So often it is implied, if not said outright, that this type of food is only for the few. I am interested in finding a way for people to change the way they look at food. High end cooking is just not the answer. For this final event in Yucatan, I want to use a format where the chefs interact more with their guests, and in an informal and "raw" setting. And I want to do that without taking away anything from the creativity that is essential in any kitchen.

John: I have always been impressed by the happiness and generosity of the most impoverished residents of the Yucatan. It was a week-long vacation living off the grid in Tulum among genuine, sincere and smiling faces that made me want to come back and eventually live in the Yucatan. You are bringing your wife and young daughters here this winter for a trial run at living in the Yucatan. What is the attraction to you and your family?

Alessandro: I love the calm feeling I get in Merida. The centro historico is a magical area and I wanted my family to experience it and see if we can live here.

John: I think it would be great for the community if you did move here, but what in the world do you think you could do here? I know you are coming from Trieste, but I don’t suppose you are going to open another Italian restaurant. At least I hope not. What are you thinking?

Alessandro: I'm kicking around the idea of doing something more like a foundation for Cook It Raw. This might include a cooking school where chefs could come and experiment and learn other skills besides cooking. Also, I would like a place where the local residents could be exposed to diverse cultural backgrounds and cuisines. Maybe also a place for inspiration where someone might learn to photograph food or write about food. Just a place to come together and communicate without the pretense which one often finds around food today.

John: I hope that happens!

Right now, Alessandro and his team are finalizing plans for two events centered around Hanal Pixan in Merida. Stay tuned to this article and our Facebook page for exact information about times and places as plans solidify!

If you would like to join Allessandro and his cooks, you can attend the Cook It Raw cocktail party in Merida on Saturday November 1, admission is $700 pesos per person for drinks and food. Cooks will be there preparing small dishes and serving them to the lucky attendees!

There will also be an early dinner on Sunday November 2nd, which will cost $1500 pesos per person for drinks and food. Locations to be announced. If you are interested, please contact info@urbanorentals.com for details.

Cook It Raw is sponsored by Le Cruset and Breville and hosted in Merida by Urbano Rentals.

Read about the six previous Cook It Raw events in 2014 at their website, cookitraw.org

First two events videos filmed by Munchies at Vice and can be seen here:
- Milpa Farming in the Yucatan
- The Art of Maya Cuisine in Yucatan

Article about Cook It Raw in the Wall Street Journal. 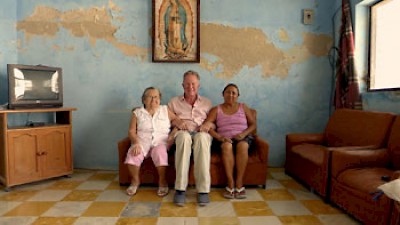 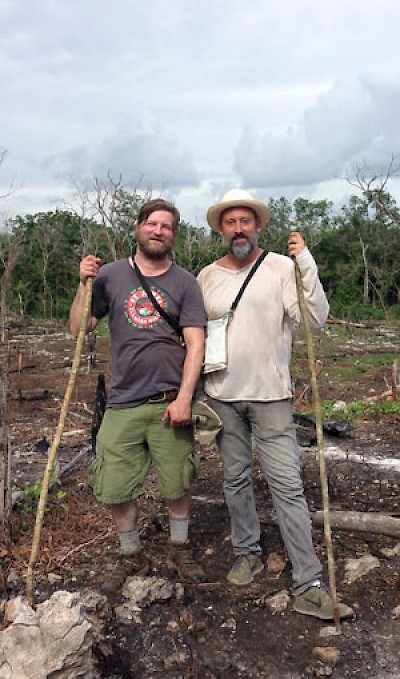 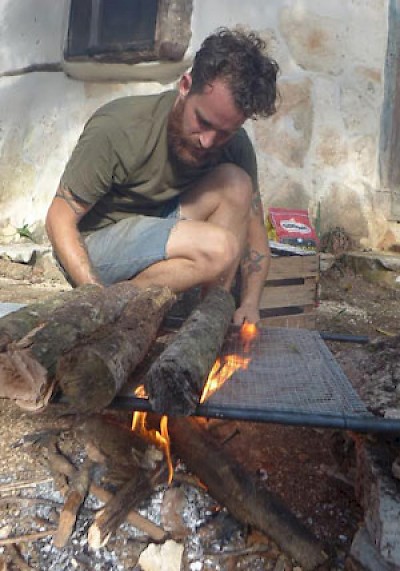 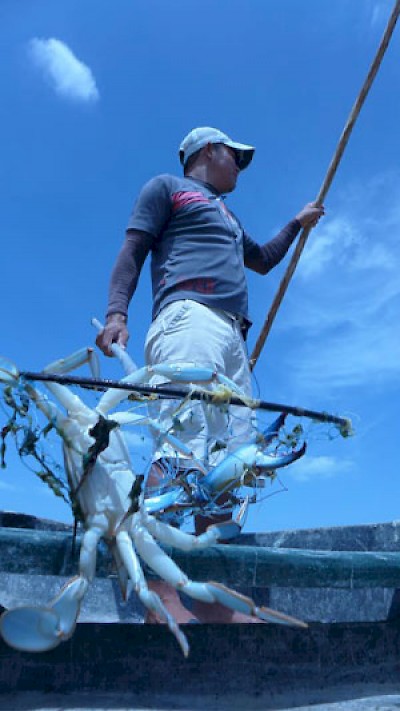 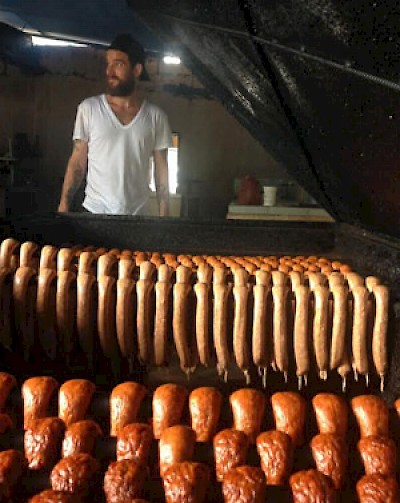