Editor's Note: Despite the amazing number of cultural activities and offerings in Merida and throughout the surrounding Yucatan Peninsula, every once in awhile it is great to get out and see other parts of Mexico. As anyone who has spent any time in Mexico knows, there are so many amazing places and events to see in Mexico, you could never do them all in a lifetime! One of the events that is known worldwide is the Festival Internacional Cervantino, held annually in Guanajuato. The festival, which is held each autumn, was started in the mid 19th Century as a time when small groups would perform short plays, called entremeses, by Miguel de Cervantes, the Spanish novelist, playwright and poet who is most famous for writing Don Quixote and who could be thought of as the Shakespeare of Spain. The influence of Cervantes on Spanish language and literature would be hard to overestimate... even today, every third lawyer's office or hotel lobby in the Latin world has a painting of Don Quixote in it somewhere. Anyway, back to the event itself. Initially heavily funded by the government, the festival has at different times attracted famous performers, including the Bolshoi Ballet, the New York Philharmonic, Joan Baez, the Royal Shakespeare Company and Los Tigres del Norte. In 2011, over 2800 artists from 29 countries, as well as other parts of Mexico. In 2014, the event opened with a Japanese taiko drumming group and was attended by the Prince of Japan Fumihito Akishino and his wife Kiko.

This year, in 2015, the festival was subtitled "The Science of Art/The Art of Science", and featured guests from Colombia, Chile and Peru, and from the state of Morelos. Guests ranged from artist Francisco Toledo, various Nobel Prize winners, Dr. Atomic Alexei Lubimov and Salif Keita (both of whom recently performed in Merida) and art exhibits included The History of Calculation and the Art of Ancestral Medicine. There were dance performances from Japan and China, magicians and various film ciclos. (Check out the links at the end of this article for more details, especially the video).

Our guest writer, Nadine Calder, is the one who translated the lovely One Last Effort novel that was serialized here in Yucatan Living. She and her granddaughter attended "the Cervantino" this year, and this is her report, which we thought you might enjoy. Just reading this is enough to make us want to make plans to go next year... how about you?

Thirty-five years ago, visiting Guanajuato for the first time, I was in a restaurant when an estudiantina (a group of student musicians) group strolled in with their musical instruments. Boldly dressed as if they'd stepped out of Spain's Siglo de Oro, they began to sing and convinced me on the spot that some day I would return in October for the Festival Cervantino.

Getting and Staying in Guanajuato

It took a phone call last April from my 22-year-old grand-daughter Elise to get me to keep that promise to myself. She had heard about the festival and wondered if I would like to go for a long weekend. Knowing the city would be flooded with visitors, I immediately went online to book a room. While the October 7-25, 2015 festival dates were established, individual event dates had not been published. Still, rather than wait, we blindly picked a weekend to be assured of finding a room in a convenient location at a reasonable rate. As we would be flying in to the Leon-Guanajuato airport, we wanted to limit our use of taxis to trips to and from the airport. We found a nice room on the Plaza de la Paz, just a few-minutes walk from the Teatro Juarez and Jardin de la Union, but even then, some hotels were already fully booked. Folks with their own cars would have the option of staying on the city outskirts, but traffic is heavy during the festival and, as we were to find out, it's not always possible to get to the city center by car.

The ride from the airport to Guanajuato takes about half an hour and costs about $30.00 US. We arrived late on a Friday night, and as we approached the city, streets were clogged and road blocks were in place. The cab driver was told he couldn't get to the Plaza de la Paz from where we were, so we exited the cab, joined a couple of other stranded tourists, and walked for another half hour to our hotel, relying on the kindness of strangers to stay true to our course. Anyone who's been to Guanajuato remembers the tunnels, and our walk took us through a long one after passing "Noise Manifesto," an event featuring German electronic music and a light show. Arriving earlier in the day, and preferably on a weekday, would probably increase the chances of a cab being able to reach a hotel in el centro.

The festival's variety is remarkable: film, drama, art, street performance, classical music, jazz, world music, poetry, dance, workshops. And many of the events are free. In fact, while we had purchased advance tickets for three performances, a highlight for me was walking down the street one afternoon, and happening upon a Guanajuato folk singer named Pepe Garcia. We heard him before we saw him. As we walked around a corner, his music suddenly reminded me of a summer long ago when I first heard Cuban folk singers Silvio Rodriguez and Pablo Milanes. Now, in this tiny plaza in Guanajuato, we sat down on the curb with perhaps thirty others, some singing along, to lose ourselves in the moment.

For the events that were not free, we found it was easy to buy advance tickets online through Ticketmaster. I was able to buy our tickets in July. The event website is in Spanish, though some pages are translated into English, so some familiarity with the Spanish language helps. When making a purchase from outside Mexico, you must be satisfied with picking your tickets up at will-call when you arrive in Guanajuato. I simply went to the Teatro Juarez box office our first morning there, and upon seeing my ID and the credit card I had used to purchase the tickets, they printed out all the tickets for me and we were on our way.

The first concert we attended was the University of Guanajuato's chorus performing in the Templo de la Compania. Their hour-long program of 16th- and 17th-century music from Peru, Colombia, and Mexico included selections in Latin, Spanish, Nahuatl, and Quechua, a beautiful opening reminder that this is indeed an international festival that stretches across centuries.

The next day at noon found us just outside the city at the Ex-Hacienda de San Gabriel for a sold-out performance by Spanish flamenco singer Jeromo Segura, accompanied by his guitarist and two dancers. While their show would have been enthusiastically received at any venue, we found that the extensive grounds of the ex-hacienda were worthy of a visit on their own merit. We would love to sometime return, as tours of the house and gardens are available.

Finally, I wanted Elise to have the full Teatro Juarez experience, so we attended what was billed as the University Orchestra's "Homage to Jean Sibelius," opening appropriately with the “Academic Festival Overture” by Brahms. This was followed, most delightfully, by "Tetrachrómatas," a composition created for the festival by Enrico Chapela. The festival's theme this year was "The Science of Art/The Art of Science," and Chapela explained his inspiration (at greater length than I provide here) in the program notes. Very briefly, it went something like this: some women -- like some marine animals, or bees, or hummingbirds -- are tetrachromats; they see not only reds, greens, and blues but also ultraviolet light. His composition for orchestra, featuring soloist Alejandro Escuer on bass flute, contralto flute, and soprano flute, brought "bravos" from the audience and fortunately, Chapela was present to take his bows. The Sibelius Symphony No. 2 followed the intermission.

Before our Monday afternoon return flight to Dallas, Elise spent the morning taking 250 photos of the city. We had a cafe de olla in Cafe Ofelia, and she bought chocolate so she could try making hot chocolate at home. In one weekend, my granddaughter and I shared many important moments that we will both remember for a long time. Over and over again, in fewer than four days, the Festival Cervantino reminded us that we are tiny, yet not insignificant, parts of a universe that invites us to experience, or simply to remember, the sensory delights of a moment in time, whether in an ornate theater loge or on a rough streetside curb. 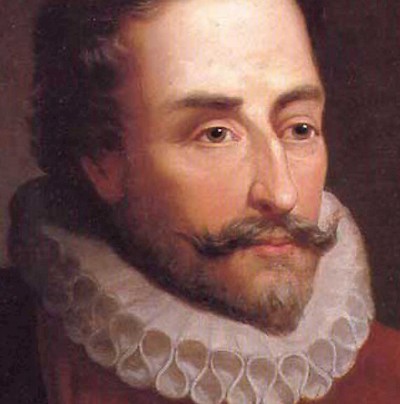 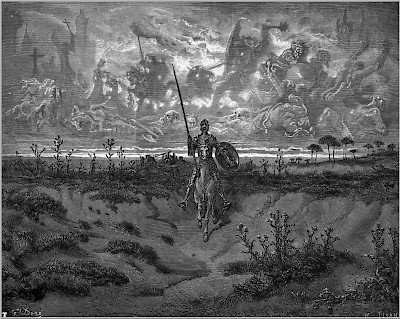 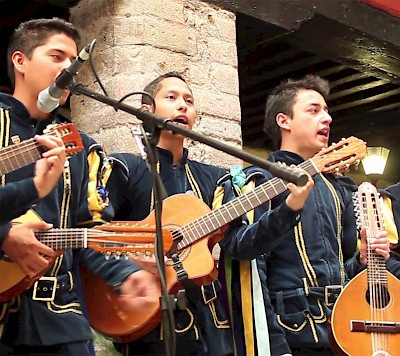 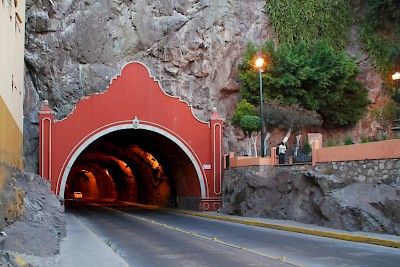 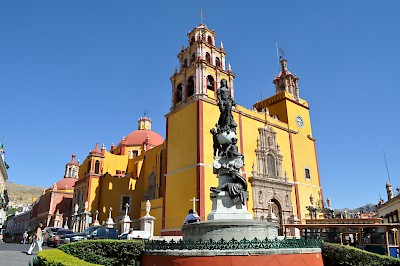 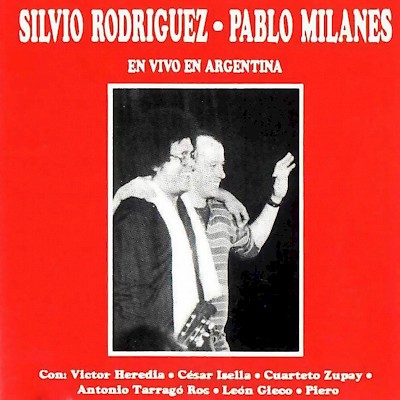 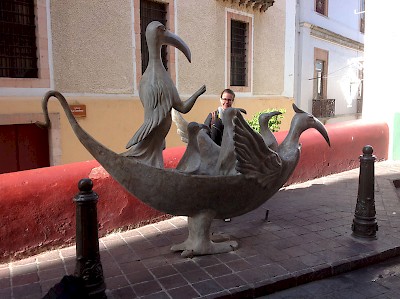 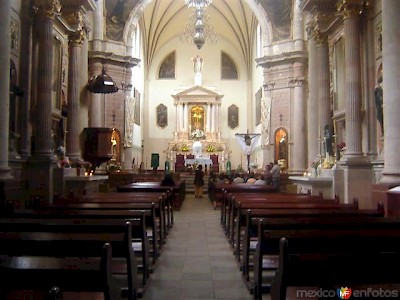 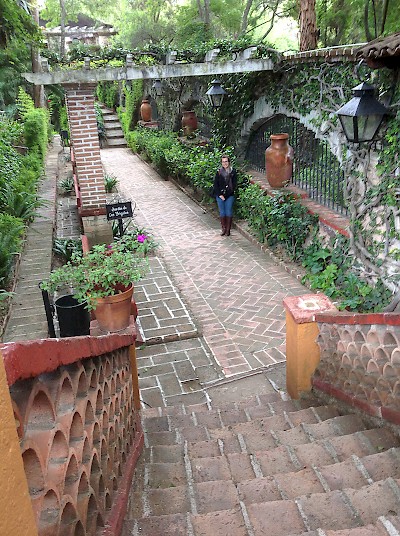 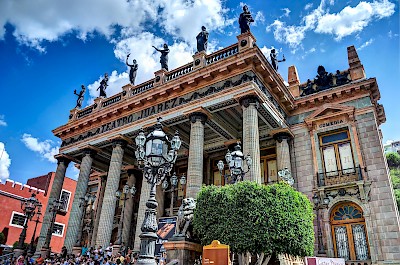 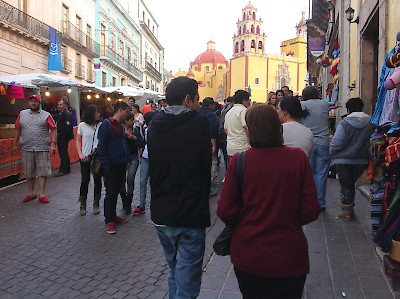 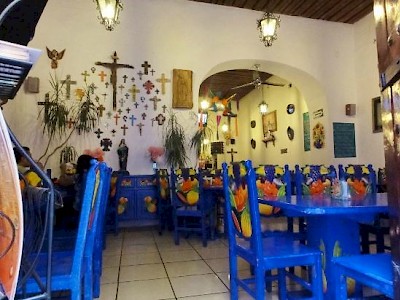 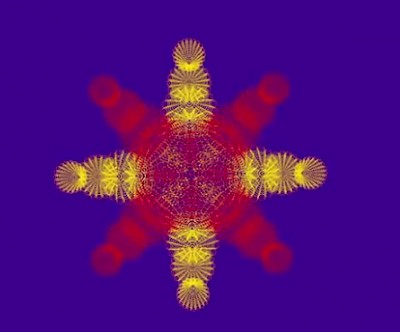