Due to some recent and inflammatory statements made by the Trump administration, concerns over the Yucateco perception of US citizens is high. The concern is not unreasonable, but it is in direct contradiction to our experience. Most Yucatecos consider US politics only slightly more interesting than the politics of any other foreign nation. Trump occassionally provides reality TV styled entertainment, but Yucatecos rarely overexamine such behavior.

Generally speaking, our neighbors are earnest, level-headed and stoic. There are at least two obvious reasons for this temperament. First, the local people have a history that is longer than American history and characterized by brutal injustice and repression. They've been through worse than our government could ever do. Second, Mexico is currently experiencing a boom in industry, tourism and culture. Prosperity is on the upswing, so the politically expedient remarks of a famous liar are easily shrugged off.

For a more seasoned perspective, we reached out to longtime friend of Yucatan Living, Mitch Keenan. He has over 20 years experience living in the Yucatan and offered the following thoughts.

One night, a traveler came upon the gate of a walled town. He called out and the guard of the gate answered, “To where do you travel stranger?”

“I am seeking a good town in which to reside.” Replied the traveler. “What are the people like in this town?”

“Tell me stranger, what were the people like in the town where you lived?” Asked the guard.

“They are terrible people - mean, gossipy, rude. Ill-mannered and unseemly in all regard.” Replied the traveler.

“Unfortunately stranger, the people here are very much the same. Be away with you. You’ll not like this town.”

A few nights later another stranger approached the same gate and the same guard. He asked a question similar to the previous traveler and the guard responded in kind:

“Tell me stranger, what were the people like in the last town you’d lived?”

“The people in my town were wonderful; kind, generous and decent people. I’ll miss them dearly. I would have stayed in that town, but my trade requires that I travel and this town is closer to my clients.”

Opening the gate, the guard replied, “Welcome stranger, you will find the people of this town to be like the people in the town you have come from; kind, generous and decent people.”

1. In 2001 The WTC buildings were destroyed by a terrorist attack. The terrorists were Saudis. My friend Ahmed, lived in NYC and is originally from Saudi Arabia. I was curious if he felt like Americans were treating him differently since the attack.

He told me, “People treat me the same. There is your run of the mill racist and bigots that give off negative energy, but for the most part, the American people are kind and accepting of me. I don’t feel maligned.”

2. Fidel Castro was roundly deplored and excoriated by the US government and most US citizens for decades, but Cubans that fled to America were welcomed and received financial assistance to help them assimilate.

For the most part, Americans have broadly embraced and accepted peoples from all over the world despite the reputations of their country’s leaders, geographic differences or battles. The same is true of Mexico.

Culturally, Mexico is different from the USA: Mexicans are more laid back, more approachable and more welcoming than their neighbors to the North. Mexicans understand what it is like to have an unpopular President. The current President, Enrique Peña Nieto, has an approval rating even lower than Trump. The Mexican people have been dealing with unpopular politicians for decades and decades. Mexicans are empathetic to the pain and shame that many Americans feel about the current US Administration and it’s unfriendliness towards Mexico.

US citizens are welcome in Mexico. Speaking as a Mexican, we understand your pain. Speaking as an Expat American, in the 35+ years I have traveled throughout and lived in Mexico, I have very rarely felt any negative opinions of me based on nationality. On rare occasions you’ll encounter a racist and bigoted Mexican, but they are few and far between.

A dual citizen of Mexico and the USA. He grew up in Colorado and Kansas. Keenan has lived, worked and played in Yucatan, Mexico for over 20-years. 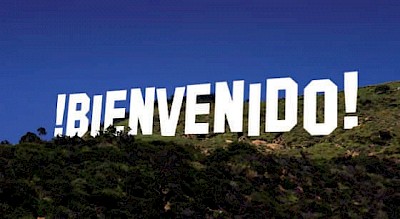 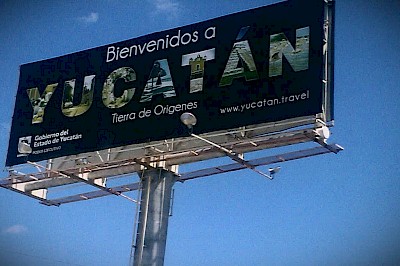