Editor’s Note: Here is another review of a book written in Spanish… this time, the book was ALSO written in the Maya language, and by a contemporary author. For that reason, the book and the author are rather famous. Marisol Ceh Moo is famous for winning a national prize… the first person to write in the Maya language to do so. Our thanks to Dr. James Gunn who gives us a peek into this very important work. Enjoy!

Marisol Ceh Moo is one of the new, young Mexican writers of the 21st century. She is commonly known as Sol Ceh, and was born in the town of Calotmul, Yucatan. In 2014 she won the Premio Nezahualcóyotl, a prestigious award for Mexican authors.

The Story of Sol Ceh

Sol Ceh is a woman living in two cultures, neither of which values women as highly as they do men. In addition she is Maya, in a world that does not highly value contemporary Maya culture. At an early age, as Sol Ceh has made clear in her interviews, she set out to break through the gender and cultural biases and barriers that limited her own, and her people’s, opportunities. In that she has been successful.

Since Sol Ceh published her first bilingual novel in Spanish and Maya, other Maya writers have written similar works. But Teya, Un Corazón de Mujer is the first novel written in Maya by a woman, and it is also, apparently, the first of its kind in all of Latin America. Previously, Maya literature was limited to traditional Maya legends and myths. With this novel, Sol Ceh broke new ground and opened a door for her people that gives them one more tool to show the world their worth and ability.

The Story of Teya

The novel describes the short life and the sudden, but expected, assassination of a young man. This youth is the leader of an idealistic group of left-wing (communist) intellectuals who defend the rights of the poor and oppose the oppressive oligopolistic government regime that keeps itself in power by fraud and threat. Perhaps the novel was inspired by the life and death of the most beloved Yucatecan political figure, Felipe Carrillo Puerto, although Sol Ceh has said that she did not have him in mind when creating her tragic hero.

In the novel, Sol Ceh reveals to the reader the thoughts and motivations of all her principal characters. The characters include the idealistic son, who fights fiercely for the poor but has few scruples in his relationship with women; the mother who knows her son will sooner or later be killed and is resigned to the inevitable; the local political boss willing to use any means to maintain his privileges and status; and the cacique (originally an Arawak word that has come into common use throughout Latin America in reference to a leader, chief, or political boss) who rises from poverty to power through intimidation and murder. In my mind, the more interesting figure in the novel is not the young man whose final day and tragic murder we follow in detail, but the mother, Teya. It is her emotional reaction to the circumstances and to the murder of her son that is the author’s most significant focus.

The story itself is mundane. What happens in the book is something that happens with disturbing regularity in too many parts of this world. The story, however, is rescued from being ordinary by Teya, with whom the reader feels great empathy. The other characters in the book act out their parts in unsurprising ways, according to their own reasons, reasons the reader may not share but can easily understand. But Teya does not act. She is almost entirely passive, knowing what is going to happen. Teya expresses a deep fatalistic sorrow. Her son seems proud of having chosen a path to martyrdom, but it is Teya who is the reluctant, innocent victim here. She has no choice, and no way to avoid her fate. But she is admirable in accepting that fate with resignation and dignity.

The recent disappearance in Guerrero of the 43 students who were presumably murdered on their way to demonstrate against a local political boss is a reminder that opposing those who are in positions of power can be very dangerous, even today. Teya, Un Corazón de Mujer is well written, courageous, and a timely reminder of an unpleasant fact of life, in Mexico and around the world. 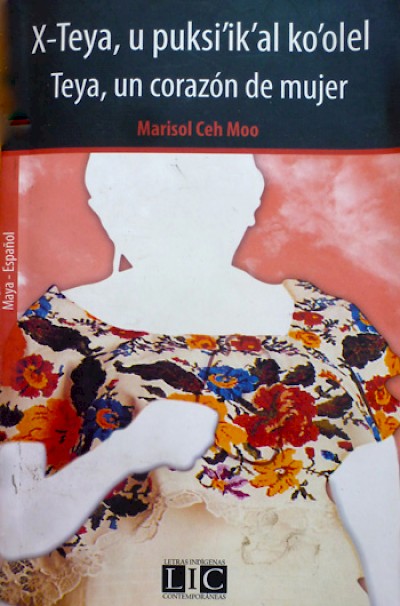 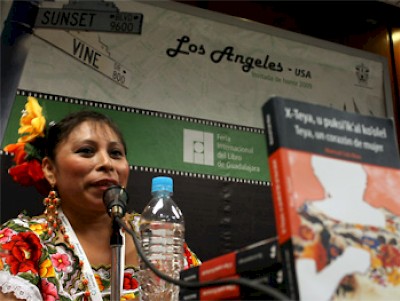 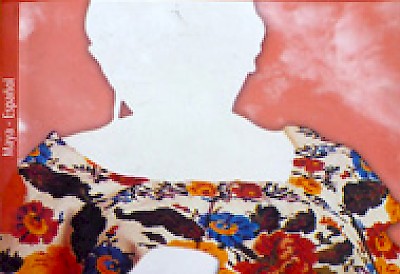