The Dying Art of Rotulos

The dictionary definition of rotulos is "sign" or "title". Here in Mexico it implies a hand-painted sign. Up until a few years ago, most of the signs you'd see in any town or city in Mexico were hand-painted, but with the advent of cheap and ubiquitous computers and printers, more and more signs are being created by machine.

Yet, the men who paint rotulos still work here in Merida, as we imagine they do in most parts of Mexico. For the past five years, we've been walking by a little shop that advertises this service. We've peeked in the windows before and noticed paintings inside. But for some reason, today was the day the shop door was open and inviting. So today was the day we met José M. Góngora.

The artist was standing just inside the door talking on his cell phone when we walked in. He's a modern, working-class Yucateco, but he is practicing what appears to be a dying art. This is Merida's loss, in our humble opinion. Since the day we landed here, and all throughout our travels in Mexico, we have been delighted by the hand-painted signs that grace the buildings in every town and city. Sure, there are the corporate logos like Coca Cola or Corona, but they're still painted by hand. And some, like the one pictured to the left, which is slowly peeling away from the wall, are truly works of modern art. The real gems are not the rotulos advertising corporate wares, however, but the signs and drawings created for the small businesses that thrive in these cities.

Like the one below advertising GOTAS PARA LA OBESIDAD (Drops For Obesity). Sound delicious, don't they? That big brown bottle promising weight loss sin reducir los alimentos (without eating less) is painted on the façade of a homeopathic drugstore. We don't need or want the gotas, but we sure do love and appreciate the unique signage.

Today José told us that most of his business comes from people for whom he has worked before and who appreciate the quality of his work. A Se Vende or Se Renta sign (which he says comprises a good percentage of his business) with an accompanying phone number can be painted on your façade for under $200 pesos (less than $20 US). This includes materials and the meticulous lettering styles that José learned at a special school in Mexico City where he studied dibujos publicitario (publicity drawing). Hand-drawn signs are cheaper, according to José, but many Mexicans prefer to use the more modern services as they think somehow they must look better.

José and his friend Carlos held up a huge manta (cloth sign) that they had just finished painting. The entire project cost his client $700 pesos and took José a day and a half to complete. The sign was full of meticulously printed information, and had a big logo that José reproduced beautifully from a very small example.

José's business card reads Rotulos Pegaso and features a flying horse. Underneath his name, in parentheses, are the words: experiencia en dibujos de historietas (experienced in drawing comic strips). We suppose he means "drawing in a comic-strip style" and we have seen some great car parts that he painted for a taller (workshop) down the street. According to the card, José paints mantas, fachadas (façades), vehiculos (vehicles) and he does dibujos (drawings). The dibujos brought us into the shop today, because as we walked by we saw a half-finished oil painting sitting on an easel inside the door. It turns out that when José isn't on a ladder painting a representation of a car engine or a dental chair, he is here at his shop creating oil painting reproductions of famous Mexican artworks.

The one we saw him working on today is called La Leyenda de Los Volcanes (The Legend of the Volcanos). It was originally painted by Jesus Helguera, a famous Mexican artist that learned his craft in Spain where his family had gone to live to escape the Mexican Revolution in the early 1900's. When the Spanish Civil War broke out in Spain, they repatriated to Mexico. It was here where he began painting the mythological and romantic figures from Mexican history that make him famous. His art has graced Mexican calendars for decades now, and we read that this particular painting has probably been reproduced by more artists and printers than any other. The picture shows Iztaccíhuatl and Popocatépetl, the princess and warrior from the ancient Nahua legend. They are the Romeo and Juliet of Mexican folklore, and legend has it that the Gods were so taken with their story that they turned them into the volcanos that watch over Mexico City. The painting done by Helguera is dramatic, detailed and executed with vibrant colors. José Góngora is using all his experience in careful lettering and reproduction to create a beautiful hand-painted reproduction of this famous Mexican work.

We couldn't help ourselves. We gave him an anticipo (deposit) so that someday, when he finishes the painting, it will be ours. He told us he didn't know when it would be done, as it is careful work and he needs time to do it well. No hay prisa, we told him. No hurry.

Later that weekend, we visited a local restaurant where José had been commissioned to paint a mural. It's a seafood restaurant and naturally, the mural's subject matter is what's for dinner. Looking at José's paintings and the quality of his work, we started having visions of a mural he might paint for us on the fachada of Chohol, our office in the Centro. José was quick to point out that INAH, the arm of the Mexican government that watches over the historical properties, doesn't allow anything like that without a permit. They only allow commercial signs.

Que triste! We were going to ask José to paint a scene from Helguera on our façade, substituting us for the main players in a romantic scene. Now we'll have to settle for the Yucatan Living logo unless we're willing to slog through INAH's bureaucracy. Well... Vamos a ver. It just might be worth it... 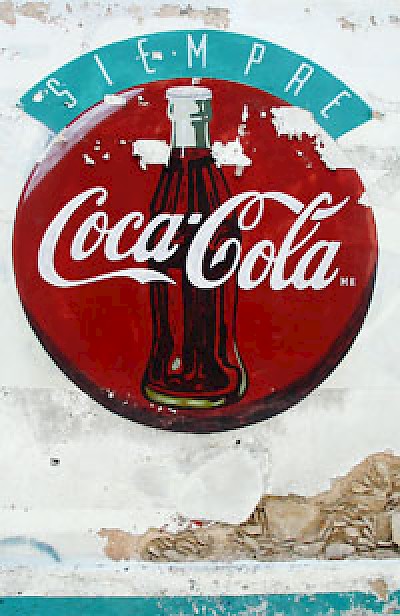 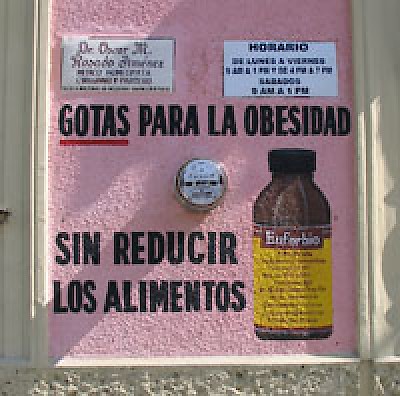 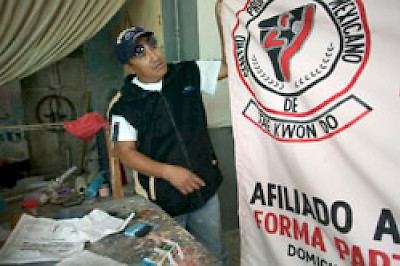 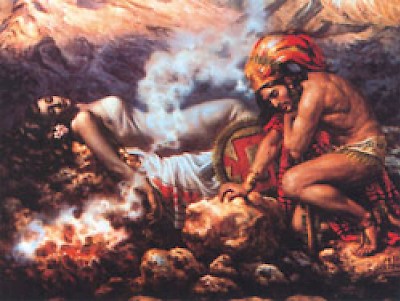 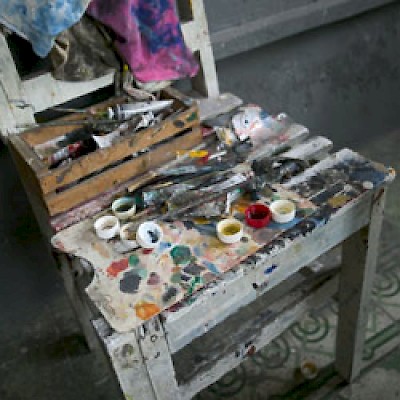