Editor's Note: We just updated this article from a few years ago, as it still has valuable information about our Yucatan Symphony Orchestra, as well as important links to more information. Enjoy!

We recently visited with Benjamin Ramirez and Ross Russell. After living and working almost 30 years in the Philadelphia area, they moved lock, stock & barrel down to Merida. Like many fellow expats, they bought and restored an old house in the Centro Historico. Since the completion of their home, a big part of enjoying their new life here has been learning about their new hometown.

And one of the surprising things they learned about after they moved here was the Symphony Orchestra of Yucatan. Since we moved to Merida, we have been watching the growing importance, skill and influence of Merida's symphony orchestra. Though it started small, in 2007 the city has had a full season of concerts at the beautiful Jose Peon Contreras Theatre and a growing number of satellite classical music events.

For Benjamin and Ross, life in Philadelphia had always included season tickets for the concerts of the Philadelphia Orchestra. Over the years they were privileged to witness several generations of conductors, starting with Eugene Ormandy and followed by Riccardo Muti, Wolfgang Sawallisch, and most recently Maestro Christoph Eschenbach. They were more than a bit pleased to learn that they could continue attending concerts just four blocks away from their new home, in a beautiful opera house and at a fraction of the price!

But of course Merida has a Symphony Orchestra, right? The Yucatan has a rich musical heritage and if you've ever witnessed the dancing at Santa Lucia Park on a Sunday afternoon, you know that music is in the very bones of the people in this city. Every day in Merida we have the chance to hear traditional Yucatecan music. The Yucatan even has its own musical style (trova) and many of the Yucatan's composers and popular songs are internationally known. Merida has a museum dedicated to the music and musicians that were born here, the Museo de la Canción Yucateca (Museum of the Yucatecan Song, literally) located on Calle 57 near Calle 50. But until quite recently, we were surprised to learn, Merida has not had a symphony orchestra!

According to Elizabeth Arnott, a violinist in the symphony since its inception and a native of England, there have been multiple attempts to establish a symphony orchestra in Merida ever since the middle of the 19th Century. Several local composers created symphonic music and were interested in promoting classical music in the largest city on the Peninsula. In the 1920’s the Orquesta Sinfonica de Merida was created, and over the years, several temporary orchestras were developed as well. Apparently one of them even had the brief support of Queen Elizabeth of England when she was still a princess. However, due to economical difficulties, lack of support, and unavailability of qualified musicians, each and every one of those efforts failed.

At the end of the 20th century, a chamber orchestra called Conjunto de Cuerdas del Salon de la Historia (String Ensemble of the Historical Salon) survived and became the stepping stone for what is now the Orquesta Sinfonica de Yucatan (Yucatan Symphony Orchestra).

In the process of becoming involved with the orchestra, Benjamin discovered that the drive to create today's Symphony Orchestra has been long and hard and has included the combined efforts of many individuals from State government, the musical community, and private citizens. A Patronato (a foundation) was created in the 1990's to raise funds specifically for an orchestra. Government support was sought and obtained from the Instituto de Cultura de Yucatan (or ICY, the State government institute that supports music, dance and the arts), and in 2002, an international search for qualified classical musicians was successfully conducted.

Finally, in 2003 , the Orquesta Sinfonica de Yucatan had its first season at the José Peón Contreras Theatre. Out of the 38 musicians who played, 12 were Mexican-born and 26 were extranjeros (foreigners). By 2007, the orchestra consisted of 55 musicians, hailing from farflung places around the world, including the UK, USA, Italy, the Czech Republic, Cuba, Poland, Romania, Colombia, Bulgaria, Russia, Japan, France, New Zealand, Spain and of course, from Mexico. Since opening night, the orchestra has played many seasons, innumerable concerts and has begun to perform operas. The symphony's repertoire includes classical, contemporary, film, popular and Mexican music. In fact, Benjamin and Ross mentioned that they have been especially pleased to learn that the orchestra has a commitment to play music from Latin American, Mexican, and local composers, in addition to all the traditional classical composers. As regular attendees of the symphony performances, they feel this enables them to widen their musical horizons and to hear music that they would never get to hear otherwise.

In their first year of opera, the symphony performed Rigoletto and the next year, Madame Butterfly. The talented cast for Madame Butterfly included a local Yucateco singer in a leading role. Benjamin and Ross held a reception for Tenor Arturo Martin, celebrating his performance and his new position with the Bonn Opera in Germany where he will be performing for the next few years.

One of the job functions of the orchestra's musicians is teaching. There were quite a few orchestra musicians who were now actively teaching music in local venues to local students, with the hope that eventually the local schools can be a source of future members of Merida's orchestra or other orchestras around the world. Many of the musicians are quite passionate about teaching and performing for people in the Yucatan that have not had exposure to classical music. For awhile, Cuarteto Genesis performed for small towns outside of Merida. Elizabeth Arnott and another orchestra member taught the Suzuki Method to students at CECUNY, a school here in Merida. Elizabeth studied with Dr. Suzuki himself and ran a successful violin school for 20 years in London for children aged 3 to 16.

As the symphony orchestra has grown and coalesced, it has become the flagship project of the ICY, as it has put Merida on the cultural map in Mexico and Latin America. According to Elizabeth Arnott and others, in the last few years we have seen not only the growth of the symphony, but we have been witnesses to a cultural renaissance in Merida. The symphony has been host to multiple visiting soloists and conductors from around the world. It has performed educational concerts in universities, as well as popular concerts in Izamal, Valladolid and at the reopening of the refurbished church at Uayma. It has even performed Swan Lake in support of a performance of the Cuban Ballet.

As you would expect, most of the benefactors of the Patronato are Yucateco. Benjamin, Ross, Elizabeth and others have been working to help the Patronato develop an outreach program to the expatriate community. As people who appreciate live classical music, they want to ensure that Yucatan continues to have an orchestra, that there is a season of concerts each year, and that qualified musicians are resident here in Merida to provide musical education to local children and youth. Benjamin is also sharing with the Patronato some of the fundraising and outreach programs that have been successful in the past in other cities. One year for instance, the Patronato provided doors and windows to increase the comfort inside the theatre and a computer for the front box office, making ticket reservations and purchases faster and easier.

The Symphony's season goes from September through June, and has been directed since 2009 by Juan Carlos Lomonáco. Each season has continued to improve, always with a full-scale opera production to end the year (in the June timeframe). The José Peón Contreras Theatre has undergone many upgrades since we first started attending in 2002, when tiny pieces of the plaster ceiling might float down onto the audience during a performance. During the summer, the Symphony holds fund-raising events that we sincerely hope our readers will support. As lovers of classical music, we encourage you to take advantage of the incredible resource we have here with the Yucatan Symphony Orchestra and the José Peón Contreras Theatre. And we are sure that support of live classical music here will make your Yucatan Living even more fulfilling! 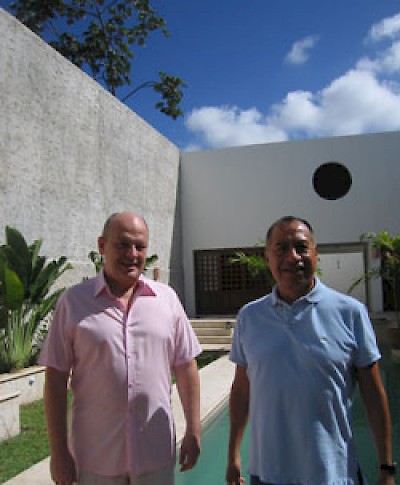 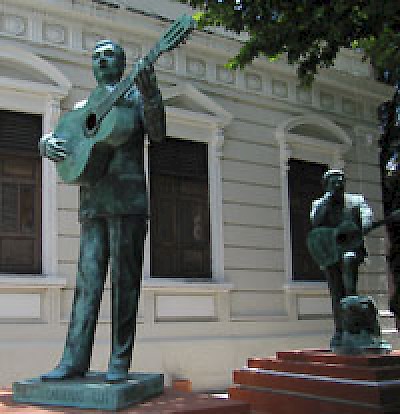 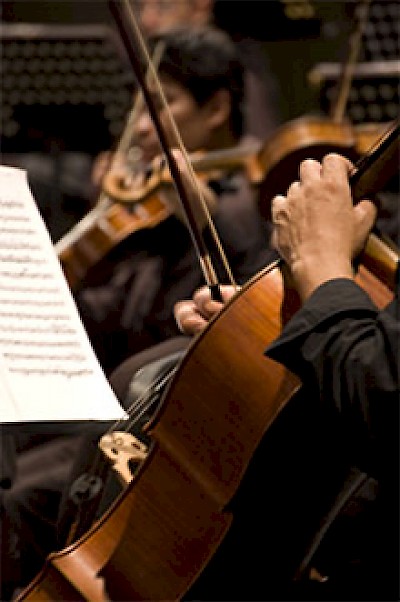 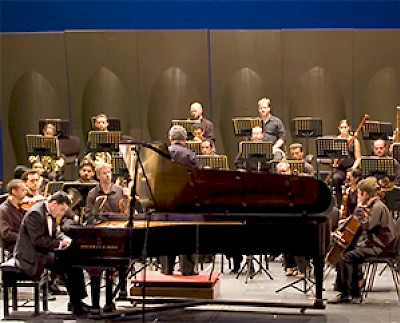 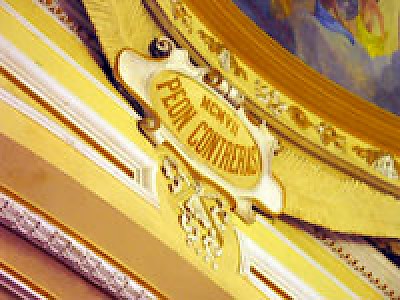