House on the Beach

Editor's Note: Here is another review of a novel about the Yucatan, brought to us by our regular contributor, James Dayton Gunn, PhD. Unlike the historical novels he has reviewed in the past, this one takes place in modern times and may just give us insight into the lives of our Yucatecan neighbors. Enjoy!

The House on the Beach: A Novel by Juan García Ponce (who was born in Mérida in 1932) was first published in 1966. When published, it was titled "La casa en la playa" and was only recently translated into English and published by the University of Texas Press, 1994. (It is also available from Amazon in a Kindle edition). The novel is an example of a type of work of fiction that became popular in the latter part of the 20th century, a work that deals with “the human condition”. Juan García Ponce is one of Mexico's major writers of the twentieth century, a writer who is one of a group who broke away from the styles and themes of the post-Revolutionary "Mexican School". Instead, they produced works that explore interpersonal relations, the sometimes-conflicting demands of family and work, and human sexuality. This novel is among the best known of the works produced by that group.

The House on the Beach portrays the personal interactions of a group of a half dozen friends, all young adults, during a summer on the beach in a town somewhere near Progreso. It is one of those works in which nothing of any great significance happens, as the author exposes us to the thoughts and events that affect the lives of a group of seemingly normal people during a few months in the summer.

The events take place in the 1960s. The narrator is a young single woman named Elena who lives and works in Mexico City. She is a close friend and former schoolmate of Marta, who is from Yucatan and who has married, had two children, and now lives in the house on the beach. Elena’s summer visit churns up curious reactions and unexpected feelings within herself and among Marta’s group of friends. Like the waves on the beach, the interaction among the members of this group ebb and flow bringing ashore the issues that concern them: love, friendship, jealousy, unfaithfulness, personal freedom, marriage, sexual attraction, family and work, life in a provincial city (Merida) , traditional and unconventional gender roles, and so on.

Elena and Marta were once very close, but years have passed and their lives have gone in very different directions. Elena is a successful, single professional woman in Mexico City, with an equally successful boyfriend. She is an archetype of the modern professional woman living in the bustling environment of a world class city. On the other hand, Marta is apparently a typical contented housewife and mother in a traditional marriage in the quiet and conservative province of the State of Yucatan.

Marta’s husband, Eduardo, is a son of a wealthy established Mérida family with a lovely old home in the city. Picture one of the beautiful mansions along Avenida Colón or Cupules, or in Itzimná. Among Marta’s friends are Celia and Lorenzo, a married couple who also live in a house on the beach. One of Eduardo’s oldest and best friends is Rafael, who has a medical practice in Mérida, but manages to spend a lot of his time at the beach. It is the interaction among these six persons that make up the content of this novel. Of course, I will not tell you the details of what happens and spoil your own reading of the work, but I can describe the circumstances.

Celia is now Marta’s closest friend and shares with her some responsibility for the care of the children. She sees Elena as an interloper who threatens her relationship with Marta and Marta's children. Though these six “friends” spend a lot of time together on the beach and are often together in the evenings, Celia never uses the intimate and friendly “tu” form with Elena. She keeps their relationship distant and formal. As time passes, Rafael and Elena grow closer until the inevitable sexual attraction between the only two single persons in the group overwhelms them. After the obvious outcome ensues, the reactions among the members of the group causes the reader to suspect that Marta and Rafael themselves are or had been more than just friends and that there are hidden and uncomfortable undercurrents flowing beneath the surface in the relationships among these individuals. At the very end of the story, Elena departs on a plane to Mexico City and the reader is left with no answers and no conclusion. This is a “slice of life” narrative that transpires without a beginning or an end, with no plot at all.

Of most interest perhaps for the readers of Yucatan Living are the descriptions of what life was like on the beach north of Merida and in the city of Merida itself 50 years ago.
At one point, for instance, the father of Eduardo dies. There is a long and detailed description of the activities and rituals related to the several days of public mourning in the family mansion in Merida. Surprisingly perhaps, in most respects, everything seems not very different from what it is now, except for the description of the endless fields of henequen on the road between Merida and Progreso.

We hope you'll read this book and share with us your impressions in the Comments section! 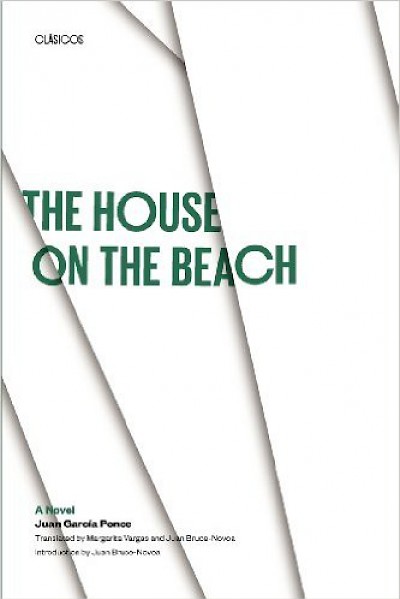