Merida and the surrounding areas have never been particularly known for an abundance of creative art. What some of us are beginning to realize is that the art and the artists are out there. In the case of three-dimensional artists, the artwork is not easily found and the artists are not always adept at marketing their wares outside of their local environments.

The group now known as AANY began the hard work of finding "undiscovered" three-dimensional artists, nurturing them and organizing them to show their work about two years ago. We wrote about them, we met with them, and we attended the AANY shows (there were two last year). Oh, and we should probably mention that we bought as much art as our pocketbooks would allow too! Our wallets were empty when we walked out of the shows, but our backseats were full and the everyone (artists, organizers and buyers) was happy.

Since then we have kept in touch with Joan Farrell and the others working with her to fine-tune the AANY program.

Lest anyone think this is an easy job, let us disabuse you of that right away. Nothing about the production of these two AANY shows has been simple, because the organizers are setting high standards for themselves and for the artists.

For the artists, they first require that their work is high quality. That it shows thought, care and pride. They also must produce works that demonstrate creativity and original thought. There are a million places to go to see embroidered huipiles done in traditional designs, for instance. Those are beautiful, but they aren't what AANY is about. The AANY organization is looking for original, unique and creative designs. Using the example of embroidery, take Elena Martinez, a woman who lives here in Merida. At the last AANY show, she had two tables of displays with beautifully embroidered towels, tablecloths, dresses... even a few rocks covered with crocheted "sweaters" (yes, we bought one!). Some of the designs were vaguely traditional, but many were completely original and modern. The materials (linens, cottons, wool) were exquisite and obviously chosen with care. She obviously possesses a well-developed sense of color and composition and it was a pleasure just to view her work, let along bring one home.

Once an artist is identified, the AANY team works closely with them week in and week out to prepare them for the show. They must learn to produce a sufficient amount of work to be shown, something that is sometimes a bit difficult when pieces are intricate and labor-intensive. They must also solve the problems of transportation, one of the biggest problems for most of the artists. So many of them live in small villages, don't own their own vehicles, and have a hard time finding a way to bring their work safely into Merida. They must decide on a fair price, and they often need to also produce some marketing materials, if only business cards or a flyer.

To add to the complications of the AANY organizers, the artists are all at a different stage of their development in learning to produce and market their work. Still, they are working diligently to create a program that treats artists equally, sets a standard for admission that is fair but accurate, and creates an income stream for both the individual artists and the program as a whole. Someday, the organizers hope to turn the management of the program over to a coalition of the artists themselves, and preparing for this is perhaps their biggest task.

So what kind of art can you expect to see at these shows? Some of the artists who were successful in the last show included Carlos Ordaz Solis from Valladolid, who mounts a variety of orchids on found sticks and logs, Pedro Ayuso Vela who carves designs on the outside of gourds, Jorge Guerra Chan who turns the limbs of native trees into walking and standing animals and people, and Leonardo Paz who transform ordinary rocks into animals. Another favorite of ours is the very talented Montserrat Altes from Izamal, who creates fantastic mobiles out of jicaras and other natural gourds, shells and pods.

WIth any luck, these artists will be at the December show (see details below). And in what is becoming an AANY tradition, there will be new artists as well. In December we are looking forward to seeing tapetes, thin rugs or wall hangings made from local reeds and woven together to form intricate patterns. The tapetes are made by a number of women in Nunkini, a town in Campeche. We have also heard that an artist named Don Primo Uicab will be bringing chairs and confidentiales (?) made from bent willow branches (bejuco)... a nice alternative to factory-made outdoor or casual furniture.

This year, AANY has created an opportunity for those of you who want to help these artists in their quest for self-sufficiency through their work, or who are inveterate shoppers and want to get a head start on everyone else. By purchasing an AANY Sponsorship, you will not only support this effort but you will get some combination of early admission to the upcoming Saturday show, free tickets for refreshments at the show, your name on the Sponsorship Banner and admission to an upcoming special event. In the words of the organizers, "Your donation will fund the show's direct expenses, print advertising, artist workshops, and research to identify studio artists and artists in small villages. Money from all sales goes directly to the creating artists. AANY directly benefits three-dimensional Yucatecan artists and helps make our international community a part of theirs."

The organizers of AANY spend the time between shows driving all over the Yucatan Peninsula following up leads and searching out artists who are creating from their individual visions. In addition, they have started to organize workshops for the artists. This week, Craig LaBerge, a museum curator from Canada who lives here in Merida, spoke at an artist workshop about how to display art for maximum effect and saleability. For most of the artists, this kind of thing is the only education they have ever received in relation to their art.

If you are interested in buying some of the work of these talented Yucatecans, we encourage you to show up at the AANY Arte A Mano Show on December 5 and 6. The show will be held at the Club de Leones (Lion's Club) building on Avenida Colon between Calles 14 and 16. The new Yucatan Living Merida Art Map, which will be out on the streets in less than two weeks (and downloadable here) marks the location on the map.

If you would like to be a sponsor, there are three levels:

To sign up to be a sponsor, please contact Ken Scott by calling 285-5442 or email him kenscott740@gmail.com.
Tell him you heard about it on Yucatan Living!

We hope that all of you reading this will turn out for this fabulous event... and we're saying this completely selfishly! We love shopping at this event for Christmas presents and for beautiful locally-made art for our home. So please come to the Arte a Mano show so there will continue to be one... and so it will grow in size and scope, bringing more beauty and prosperity to all corners of the Yucatan Peninsula.

Editor's Note: The lovely photos of the Mayan women making tapetes were provided by Anny Schrader who can be reached at anny@casamontejo.com.

The Next AANY show will be held on March 20-21, 2010 at a new location, Coparmex, on Avenida Hildalgo X 38th, García Ginerés
Saturday, 10 am to 7 pm and Sunday 10 am to 5 pm. For more information, email joanafarrell@yahoo.com 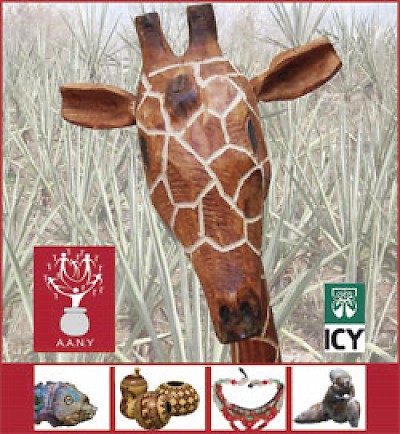 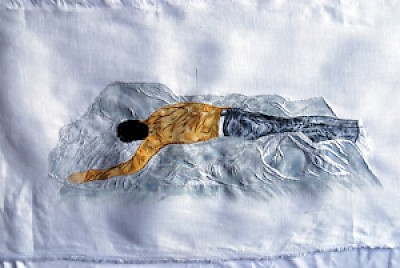 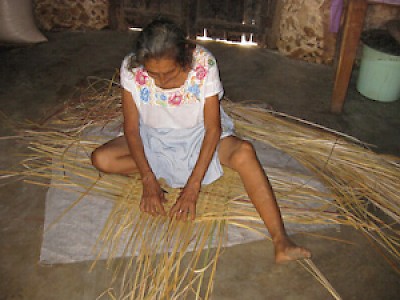 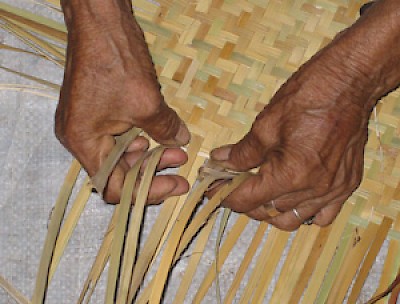 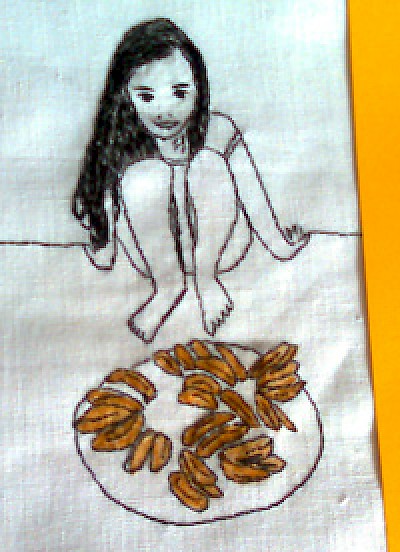