In our Art section, we mostly write about what Spanish speakers call las artes plasticas (plastic arts), which is two-dimensional graphic art. But obviously there is much more to art than lines, forms and colors. Merida is resplendent with people pursuing the arts of music, photography, theatre, dance, cooking, embroidery, sculpture, and even conceptual art. We don't write much about the literary arts on these pages, probably because our discomfort with Spanish hangs a palpable curtain between us and the art of literature as practiced by the local population. We hope that in the years to come, our discomfort and that curtain will slowly slip away, but for now... there it hangs.

We were thinking ourselves fortunate lately, therefore, that within our own small English-speaking expatriate community in Merida, there are some who continue literary pursuits in our native language. Of course, we have as our literary home base the Merida English Language Library, a treasure trove of books written in English in a city where those are hard to find. We also have the Amate Bookstore, an outpost of its larger headquarters in Oaxaca.

And of course, we have writers in our midst! Recently, our good friend Beryl Gorbman published a novel called 2012:The Deadly Awakening (click on the title to download the ebook, which we were pleased to discover we can and intend to read on our Kindle).

There is, of course, a literary tradition of expatriates writing about the Yucatan, starting as far back as John Stevens and his Incidents of Travel in Yucatan, Vols. I and II. Type in "Yucatan" on Amazon.com and you'll find over 3700 books of Literature & Fiction that mention this fair land, 276 of which are under the category of Poetry. Poetry, however, is a large literary umbrella that casts its shadow over many things (including, apparently, this little ditty:

I had an Aunt in Yucatan
Who bought a Python from a man...

We are not here today to talk about THAT kind of poetry, though it, too, has its place. We are here because we recently met a man who makes his home in Yucatan (yes, it rhymes...we can't help ourselves) and who calls himself a poet. We don't often meet people who, when asked what they do, say they are poets. It's just not something you run across every day, and certainly it is unusual here. Although, upon pondering the subject, it really shouldn't be unusual, because the Yucatan is nothing if not poetic.

The subject of our interview today, then, is a poet named Doug Tanoury. Half the time, Doug lives in Detroit, Michigan, a place on the planet not known for its poetic nature. And the other half of the year, Doug (and his wife Robin) live here in Merida, practically a pozo of poetry, not for the plethora of poets plying the streets, mind you, but for the profusion of poetry-worthy moments that permeate every person's experience of life in Merida and the Yucatan.

Doug's poems that are available on the internet don't seem to be about his life in Merida. In the spring of 2006, Merida decided to claim Doug and Robin for her own and invited them to join our tribe of merry expats. Since then, they have bought and inhabited a home near L'Ermita and steeped themselves in this exotic and poetry-inspiring place. But so far, the poetry we have read, does not talk to us of Merida. Though we have found an occasional mention of a hammock or two, mostly these poems take place where "...the sycamores that line the banks still show all the signs of summer" and "...the song of an oriole is different from the chirp of a sparrow".

Interview with Doug
YL: When did you move to the Yucatan and what made you choose this place?
Doug: We first visited Merida in the Spring of 2006 quite by accident. We had booked a cruise but our plane had engine problems, so we missed our boat... literally! The airline was obligated to get us to our first port of call, which was Progreso, and which, as luck would have it, has no airport. We spent the next three days in beautiful Merida waiting for our ship to come in. As we eventually realized, it already had: our time waiting turned out to be the highlight of our vacation. I am always amazed how the most significant things in life happen quite by accident. A friend told us that you do not choose Merida, but rather Merida chooses you. I think that was true for Robin and me. We feel fortunate to have been chosen.


YL: What makes you choose to be here half time?
Doug: Robin and I would both prefer to live here in Merida, full time. However, family commitments keep us bouncing back and forth. One day...


YL: Has poetry been your career?
Doug: My occupation has always been in high technology and computers, and for many years I have been a management consultant. My area of expertise is customer service and contact centers. This is how I have earned a living for many years. Poetry has not been my career, but rather my vocation. I always smile when I say this, because I went to a catholic school and the nuns who taught me always stressed the difference between an occupation and a vocation. An occupation is what you choose to do and it allows you to make a living and pay the bills, but a vocation is what God has chosen for you to do.


YL: How would you describe your poetry?
Doug: What makes this question difficult to answer is that my work changes over the years, and will more than likely continue to do so. It has moved through stages or phases and how I would describe it depends on the stage I happened to be in. Some things about my work are constant and span stylistic phases. What does not seem to change is that my work is a poetry of the ordinary and everyday that is touched and transformed into something that is extraordinary and novel. It is very personal, and it is through the personal that the universal finds expression. My poetry uses a simple vocabulary, not a literary language. I feel that poetry should be understandable and accessible to everyone.


YL: Has living here been a challenge or enhancement to your creativity?
Doug: Merida is such a magical place, so I can only say that my creativity has been enhanced by the high level of artistic activity here. This is a culturally rich environment. Art is everywhere: it is like the air here. So I feel that I am living in a renaissance city, where music, dance, film, painting and sculpture, poetry and literature all flourish together. You would have to have a heart of stone not to be inspired in Merida. It is a city that is perfect for a poet.


YL: Is poetry welcomed in the Yucatan?
Doug: Both the Mexican culture in general and Yucatecan culture in particular welcomes and values poetry to a much higher degree than I have experienced anywhere. It is integrated into political speeches, social gatherings, education and entertainment. Poetry has a place in everyday life here. It lives here. Eugenia Montalván Colón at Unas Letras has been very active in publishing local poets.


YL: Did you speak Spanish before coming here? If not, are you learning to speak Spanish?
Doug: No, I knew no Spanish when I first arrived. I have found the language to be very rich and interesting. It provides me a different way to look at the world, and I relish the difference. I have studied Spanish at Habla, where the arts are used to teach Spanish and build literacy. I find that it is the best approach for me. If you touch an emotional chord in me, it is an aid to both my learning and memory.


YL: What is the source of the images in your poetry?
Doug: The imagery in my poetry comes from the same place as dreams. There are a great many similarities between poetry and dreams. I often say that poetry uses the language of dreams: metaphor, irony, simile and symbolism. The poet is a waking dreamer. I was exposed to the work of Carl Jung years ago and his ideas about the role the unconscious plays in the creative process made a great impression. I believe that poetry is born in the unconscious and is filtered through consciousness and stylized by the skills and tools of the poet. That means that a poem is the product of the total Self (the unconscious and conscious). I think the same is true not just for poetry, but for art, in all its many forms.

Much of Doug's non-Merida poetry is available online at Funky Dog Publishing.

Editor's Note: In this interview, the part of Yucatan Living (YL) was played by the lovely and peripatetic Martha Lindley, patrona of poets and perros. Thank you, Martha! Thank you, Doug! Thank you, Beryl and Louis and MELL and Amate and John Stevens. Thank you all for the words you put to the music that is life in Merida. 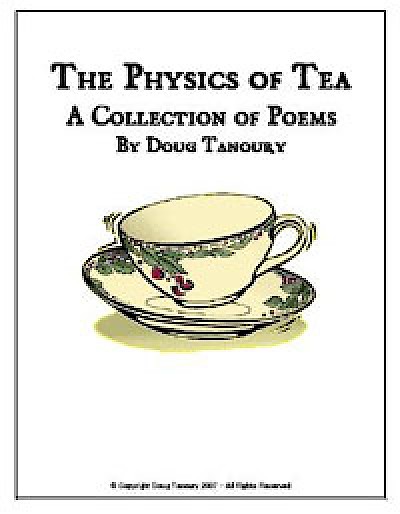 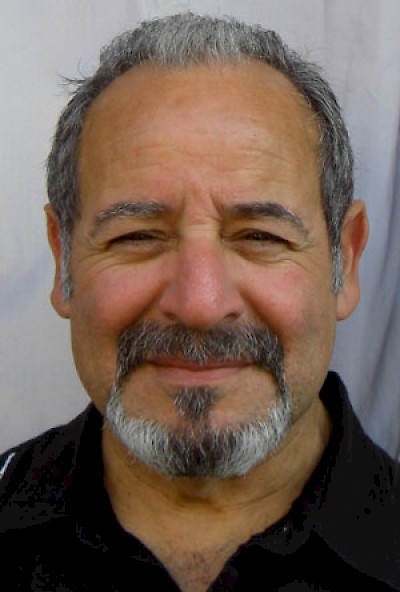