December 12th is just around the bend, which brings to mind the Virgin of Guadalupe for anyone who has spent at least a year in Mexico. La Virgen, unlike The Beatles back in the Sixties, really IS bigger than Jesus here. And we are lucky to have in Merida an artist who most people know as the author of the book, simply titled 'Guadalupe'. It is an exuberant celebration of the Virgin between two covers, and the artist/producer/writer/designer and Guadalupana is an accomplished artist of the printed page named Carla Zarebska.

We first became aware of Carla in our midst over a year ago, when she graciously invited a group of locals into her home to talk to us about La Virgen de Guadalupe and her special place in Mexico and in the world. Carla shares her home with her husband, Cesar, their two small children, and their tiny Xoloitxcuintle dog, Xola, all of whom moved here from Mexico City via Oaxaca a few years ago. That day, the back patio underneath the tejeban, overlooking the lush tropical garden, was a perfect spot to gather and discuss this uniquely Mexican phenomenon, and Carla spoke with passion, intelligence and obvious love about her subject. We all walked away with a greater respect and understanding of Guadalupe.

What we hadn't gained was much more information about Carla Zarebska and so, last month, we returned to the Casa Morada (The Purple House) to learn more about Carla and her passion for books and the Mexican culture.

If you've ever seen the book, 'Guadalupe', you probably understand our curiousity. The book is an ordered jumble of photos, stories, legends, portraits, maps, quotes, peeks, snippets and mentions. Photos of tattered Guadalupe tshirts follow photos of Guadalupe tattoos, Guadalupe statues, Guadalupe altars, Guadalupe necklaces, Guadalupe ceremonies, Guadalupe pilgrimages, an underwater Guadalupe, a border Guadalupe, an American Guadalupe, roadside Guadalupes, Guadalupe appearing on a wet wall by a river and the Pope recognizing Juan Diego's sainthood for "discovering" Guadalupe. All these arresting graphics are tied together with well-written, painstakingly researched histories, stories and anecdotes about la Virgen and her place in the hearts of her followers. (The book is available in either English or Spanish, by the way) At the end, there is the very special accounting of the Guadalupan Pope, John Paul II, who is much revered in Mexico for his obvious adoration for La Reina and for Mexico itself. You really need to have the book in hand to enjoy the full effect.

So how is it that this young woman has written what appears to be the last word on the Virgin of Guadalupe (at least so far)? Who is Carla Zarebska?

Carla was born in Cuernavaca to a Polish father and a Mexican mother. Her father, whose name she carries, immigrated to Mexico during World War II by way of Sweden and Canada. He married her mother, from Tampico, and eventually settled in Cuernavaca, continuing there his long career as a CIA agent. He was in love with the pre-Hispanic history of Mexico, and some of that love seems to have passed to the DNA of his daughter. Carla was the beneficiary of her father's struggle to make a good life for his family in Mexico, and she ended her schooling in Mexico City at Universidad Iberoamericana studying International Relations. After a short stint in the government, working as an assistant to a legal counsel in the Secretaria de Relaciones Exteriores (SRE for short... it's the government agency that must bless every fideicomiso) and learning the fine art of research in Mexico, she took the next step and went to work in the private sector. As luck would have it, she went to work for a journalist, a woman who produced and published art books. Carla met many artists and writers, traveled extensively and finally gained the confidence to step out on her own and produce her own books.

When she did this, she decided that the theme of her pursuits would be that of no olvidando, not forgetting. She would take it upon herself to do what she could to recover and preserve the memories, the stories and the lessons learned from the earlier days and peoples of Mexico.

Her first book came through friends, who introduced her to the famous Mexican poet, Jaime Sabines. Sabines, who is now dead, is still one of the two greatest and most popular poets in Mexico (the other one is Octavio Paz, por supuesto). Sabines was so popular that on his 70th birthday, 3000 people turned out to a party at Bellas Artes in Mexico City in his honor. His poetry is easily accessible and is usually about the most universal themes of love and death. Originally from Chiapas, he seems to have been that wonderful combination of irreverent and intellectual, and he was one of the well-known poets in a populist literary era in the Fifties and Sixties. Carla was given the task of creating a book about his life, and she dove into the project with all her energy. The end result is what can almost be called the Bible of Jaime Sabines. The book brings together family photos, signatures and notes, newspaper clippings, book jackets, even recreations of programs from poetry-reading events and is as much about the times he lived in as it is about Sabines himself. This technique of researching, collecting, arranging and creating a collage about her subject is what makes Carla's books so rich and so special... and it began here, with Jaime Sabines. The research of and with Sabines went on for years, and in the process, Carla and Sabines became fast friends before his death... so much so that her daughter, her first child Sabine, is named after him. Their friendship gifted him with a comprehensive book about his life, which he ended up being very proud of, a fitting marker at the end of his life's work, while presenting her with a stepping-off point in what began to look like a promising career.

The next important book that she created came to her when her friend and photographer, Graciela Iturbide, introduced her to Andres Henestrosa. Starring in his own fantastic tale, in 1929, at the age of 23, Henestrosa had published what was probably the first book that collected and retold stories from an indigenous population in Mexico, the Zapotecs from Juchitán in Oaxaca. This book was not met with popular acclaim, but Henestrosa went on to win a Guggenheim scholarship that allowed him to continue his work of treasuring and preserving the Zapotec culture. He became a famous journalist, linguist and scholar, author of many books and a member of the Mexican Academy of the Spanish Language. When Carla met him, he was a man at the tail-end of a long and rewarding life. Repackaging and republishing his original book, Los Hombres Que Dispersó La Danza (The Men who Scattered The Dance), she accompanied the original stories with English translations, illustrations by Henestrosa's friend, the famous Mexican artist and fellow Oaxacan, Francisco Toledo, and tossed in a few photos by Ms. Iturbide for good measure. For anyone who shares Carla's interest in this subject, the book is a gem... of even greater value to those of us who don't speak fluent Spanish as the two languages are printed side-by-side, making the reading of the stories both a pleasure and a learning experience in one.

Over the next few years, Carla went on to publish a few more books with the similar theme of remembering what might be lost. (Mexico Unedited) is one of our favorites as photographers. It is a photography book, with few words and a quirky collection of photos that she and her partner, Alejandro Gómez de Tuddo, scavenged from the photographic National Archives in Mexico City. An assortment of chimerical photographs evoke a time when Mexico was a hotbed of artistic, cultural and political growth. Photos of Diego Rivera eating a taco follow photos of faceless citizens in strange or touching situations. And then there's a photo of a two-headed cow. Or Leon Trotsky's brain. Qué México!

After more than twelve years in Mexico City, with one fairly uneventful year in Paris, Carla decided to move to Oaxaca, where she met and married Cesar. There were a few more books, most notably a complete history of the Casa de Los Azulejos, commissioned by Sanborn's and sent to all its loyal customers. 'Guadalupe' is the first book of Carla's that was picked up by a publishing house in the United States (University of New Mexico Press), but surely it won't be the last.

Now Carla is working on new projects, including a book about the nature and identity of Chiapas, another about the famous inhabitants and the lives they lead in Cuernavaca, a book about the famous curandera (healer), Maria Sabina, and a semi-autobiographical novel, her first book of fiction. Though she obviously is aware that she has accomplished many things as author and producer of her books so far, she says that the literary world just doesn't take you seriously until you write a novel.

Carla takes her work very seriously, however, and she also takes it to heart. Whatever she chooses to write about seems to become a part of her. Her research into the subject of Guadalupe has created an ongoing interest in La Virgen, and this December 12th, she will continue her tradition of creating an event to mark that very important day. She will open her house again, this time to all of us, with a book presentation (of two books by other authors: Arca de Guadalupe by Adolfo Castañón and Remedios, photography by Ignacio Urquiza), an altar to the Virgin (to which all present are invited to contribute a candle and flowers) and an invitation to contribute books, toys and clothes to be given to the children of Tabasco at Christmas. For us, for Carla and for the children... it's all a gift from la Virgen.

You can read more about Carla and her books, or get in touch with her on her website, www.carlazarebska.com. If you are living in Mexico, you may be able to purchase some of these books directly from Carla, or at Amate Books or Gandhi Books. If you live elsewhere, some of her books are available through Amazon: Guadalupe, Piropos (Words of Love) and a pocket-sized version of Guadalupe. 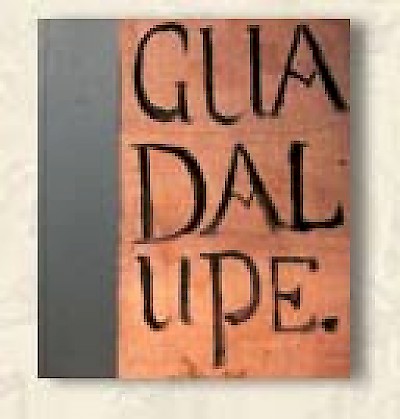 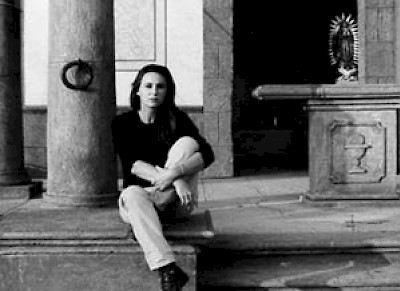 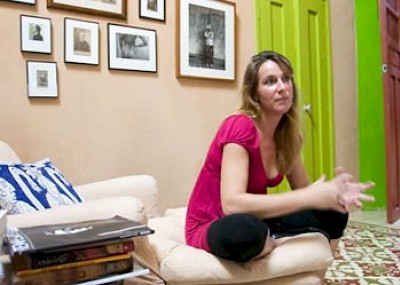 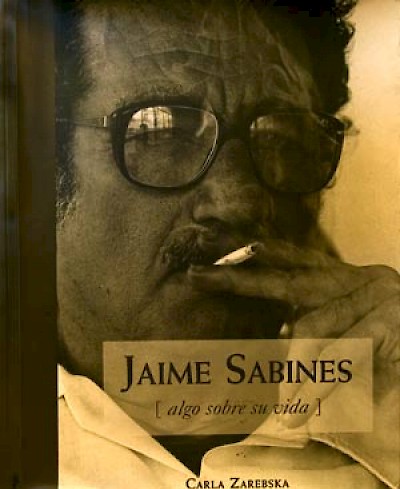 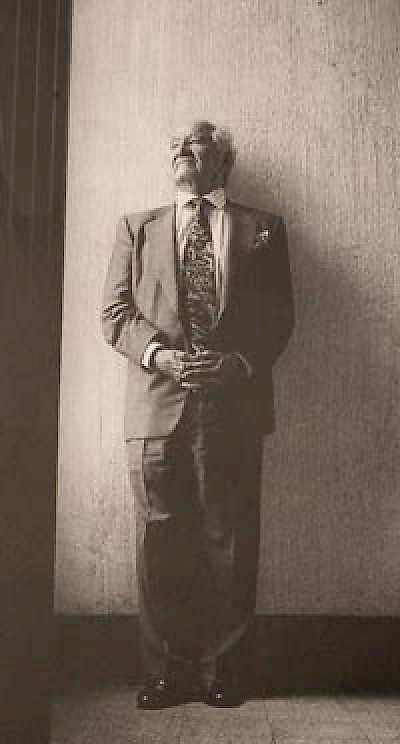 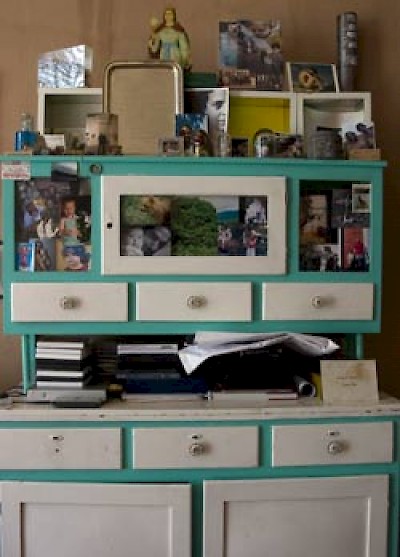 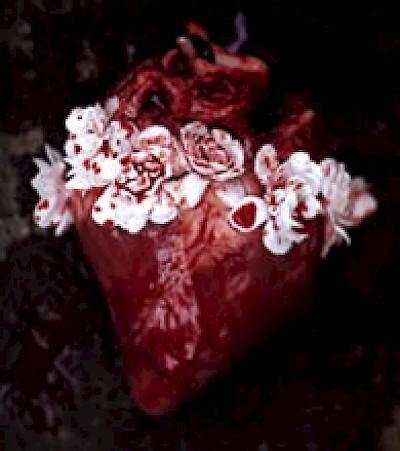