AANY (Amigos de Artistas/Aartesanos Nuevos de Yucatan) is a volunteer group of local international residents working to advance the work of three-dimensional craft artists in the Yucatan. Their mission is to identify fine craft artists both in the pueblos and in art studios in the large cities, to bring the artists and their work to a marketplace in Merida, and to help artists both refine their work and seek out larger markets.

The first AANY exhibition was in November 2008; the second was in March, 2009, and the third, ARTE A MANO, was at the Club de Leones, on the weekend of December 5-6, 2009. According to Joan Farrell, the director, "attendance has grown amazingly and sales have far exceeded expectations. Our events have become much anticipated in the Merida community, and we now have the endorsement of the Instituto de Cultura de Yucatan (ICY). ARTE A MANO was even featured as a part of the ICY Otoño Cultural, 2009."

Personally, we can vouch for that. Having attended the last few AANY shows, we have learned to only put as much money in our pocket as we will allow ourselves to spend, because the temptations are great. At the last show we picked up woven floormats from Campeche, earrings and rings, beautiful little salt holders carved from bull's horns, an incredibly original painted hemp shawl and various gourd masks and vases. Many of these purchases were given as Christmas presents to our loved ones back in the States, and they were much appreciated. One of our favorite purchases is pictured on the left. It is a stick, smoothed and painted to represent an eagle (on the top), and a snake (the green part on the right)... the two animals that figure in the story of the origin of Mexico.

Part of AANY's mission is to work closely with the artists to improve their products, refine their displays and seek new markets for their work. They sponsored a very successful workshop at the Habla School for artists to offer guidance on how to improve their displays, led by a local resident, Craig LaBerge, who is a museum exhibit designer in another life. In the future AANY plans to offer more workshops by and for their artists. They have made it clear that they encourage galleries, retail stores and designers to attend the events to find new resources. Many of the AANY artists have received special orders from clients who have seen their work at these events.

This AANY show will be held at a new location: Coparmex, Avenida Hildalgo X 38th, in Colonia García Ginéres. Avenida Hidalgo is the continuation of Avenida Colon on the west side of Itzaes, after going around the Donde Glorieta. Continue past the IMSS hospital on the left and go one more block. You'll see the Comparmex building there, as well as a bunch of cars parked in the area.

We hear the new location is a good one - a huge, enclosed space with air conditioning (which is daily becoming more important again, now that the nortes seem to be over), and there is a parking lot in back of the building (Okay, we take that back about the cars... look for the parking lot). Coparmex is a nationwide association of business owners and they will be getting the word out to all their members and email lists. The crowd at this show promises to be bigger than ever, so take it from us: If you want your pick of the new and beautiful things, go early.

Additionally, there is an enclosed patio space where visitors can sit down, relax with food and beverages, and regroup for another pass through the show. They have made promises that there might be better food than popcorn and Cokes this time, but really, we don't go for the food, do we?

The AANY team has continued combing villages near and far on the Yucatan Peninsula for exciting new craft talent... well, new to us, but mostly these are experienced craftspeople who know little or nothing of the possible market here in Merida. Of the roughly 40 participating artists, there will be about 12 new artists participating, such as:

As always, AANY tries to maintain a balance of studio craft with rural work, and hope that these shows and the attention from AANY and the customers can be instrumental in furthering the traditional crafts of the villages. The tapete makers from the last show were a sell-out in 1 1/2 hours in December! Apparently, they desperately want to return for the March show, but have run out of raw materials. Locally, the patete plant that is used to make these tapetes is not harvested until April or May. Thanks to the help of another of the AANY artists, they may be able to get material shipped in from Tabasco. Come to the show and find out!

The arms of ANNY continue to extend. Eight AANY artists were invited to participate in the recent Chili Cookoff sponsored by the Merida English Library, there is discussion with a local TV station about doing news segments focusing on cultural events supported by the international community, and artists keep reporting increased sales in their studios resulting from the distribution of their business cards at the shows.

Part of AANY's long-term goal is to encourage the participating artists to assume a proactive role in producing the shows in the future. This is starting to work. One artist has taken over the responsibility of placing visiting artists in private homes to avoid hotel expenses. Another has taken over the proposed placement of several large banners on and around the Donde traffic circle and several artists are acting as buddies to work with first-time exhibitors to improve their displays. In addition, they have begun to accompany the AANY explorers on those endless road trips that are required to find the new artists. The AANY artists are beginning to interact with each other and more and more of them want to be part of the process. Eventually, the current AANY management hopes to work itself out of a job almost completely.

Come to the AANY show and show your support and your interest in the art and craft of the Yucatan. With your help, AANY will continue to grow and diversify in the future... a win/win situation for all concerned!

The Spring 2011 AANY show will be April 2 and 3 at the same location. For information about that or any of the artists associated with AANY, contact Joan Farrell at joanafarrell@yahoo.com 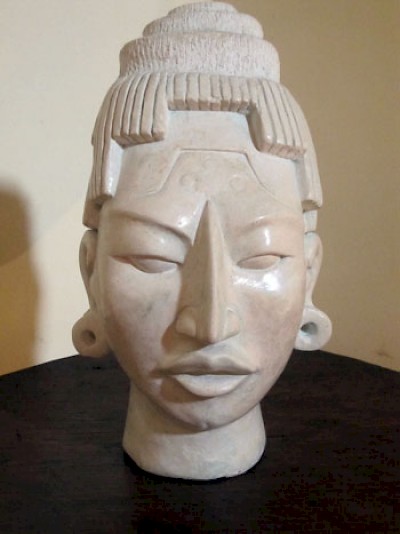 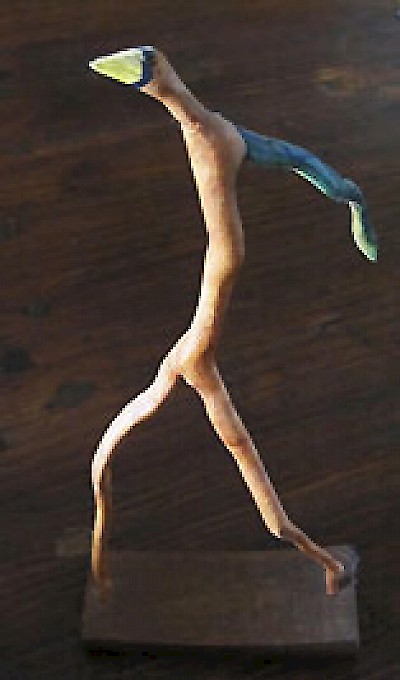 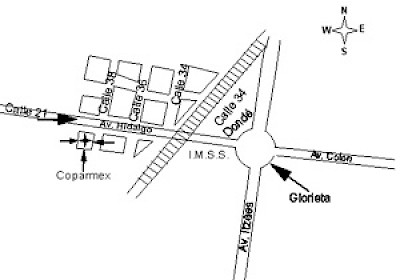 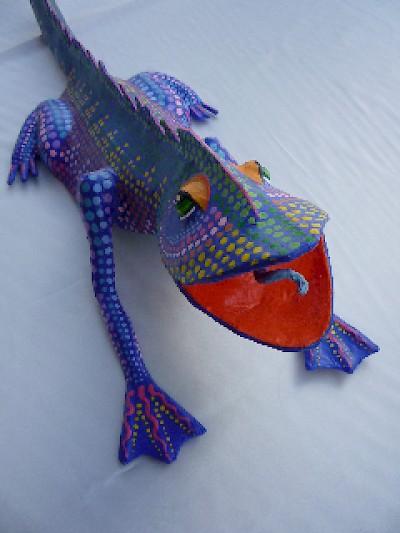 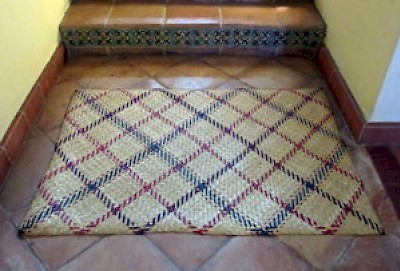