The Yucatan State Fair began on October 29th, 1974. The Mexican President at the time, Luis Echeverria, and Yucatan's Governor, Carlos Loret de Mola, started an event to provide local cattle dealers with an annual trade show, hoping to give an economic boost to Yucatan's meat and cattle industry.

That seems to have worked, and the event continued to grow every year into what is now known as Feria Yucatán X'Matkuil (Xmatkuil Yucatan Fair). The fair at X'matkuil (pronounced ish-MOTT-koo-eel, for those who don't speak Mayan) is the State's biggest once-a-year public event, next to Carnival. Unlike fairs in the States, which are held in the summer for the warm weather, Yucatan's fair is held in the late fall, for this is the time of warm days and cooler nights.

Just like most State Fairs, the fair at X'matkuil brings together every aspect of the Yucatan economy under one roof, giving visitors a chance to view and perhaps purchase the products and services of hundreds of local businesses. X'matkuil means "place to make requests to God" in Maya. But it is the name of the fair because it is also the name of the 19th Century Hacienda on whose grounds it is located.

In 1974 when it all started, the fairgrounds covered 25 acres that were almost completely dedicated to cattle judging. As more people (and businesses) wanted a place to sell their products and services (and some enterprising organizer decided maybe there was something more fun to do than look at cows), the area dedicated to the fair grew to reach the more than 120 acres it covers today, including 50 acres just for parking, which never seems to be enough.

In 2007 almost 1,000 vendors took part in the 33rd edition of the State Fair, which lasted from November 9th to December 2nd. If you wanted to buy something at the fair, you had your pick of all types of livestock, many variations of typical Yucatecan clothing and locally-made shoes, locally-gathered honey, locally-grown or processed grocery items, hundreds of different handcrafts, furniture, and more. There was real estate for sale and car dealers promoting their brands, as well as an exhibition of specially tuned-up race cars.

Of course, a large part of the attraction of a State Fair is always the food. X'matkuil is no different. The food court served arrachera, tacos, panuchos, several kinds of mole, nachos, cabrito, tortas and too much more to list. If fast food was what you wanted, there was McDonalds, Burger King, Domino's Pizza, Pizza Hut, and KFC.

And there is always lots of music. Several venues were scattered around the fairgrounds featuring more than 60 performances by national and international artists; everything from Mexican Mariachi, Panamanian Reggaeton, hardcore Rock and even Argentino Rock, represented by a band called Enanitos Verdes, translation: little green men. Most of the music shows were free except a few headliners performed at the main Palenque stage. If you wanted to hear Juan Gabriel, one of Mexico's most famous singers, live in concert, it would have set you back $1,200 MXN for a VIP seat. That's about $110 US and a steep ticket price anywhere, especially in the Yucatan.

And then there were the special shows. The Dolphin Show has been a big draw since it was added a few years ago, and this year a Shark Aquarium (where cameras were not allowed) was also the scene of long lines. We heard from someone who endured the torturous line, that the tankful of nurse sharks wasn't very spectacular, but the kids from the towns around Merida who had never seen a shark seemed to enjoy them. Speaking of torture, this year's new hit was an exhibit called "Torture and Capital Punishment Artifacts from the XIV Century", brought from Europe. If lines were any indication, the local crowd couldn't get enough. And, if the visions of torture didn't make your toes tingle, there were plenty of amusement rides to make you dizzy, turn you upside down, shake your bones and toss you up into the air.

The prices at the fair have been rising every year, but this year, the people running the fair did something unheard of... they lowered prices! The entrance fee was $10 MXN (under $1 USD) for people over 12 years old, allowing all who entered to wander around and look at the livestock and exhibits to their heart's content. Food was priced reasonably, and a big lunch for under $5 USD per person was easy to find. They kept the tickets for things like the Dolphin Show at a reasonable $25 MXN. Tickets to mechanical rides that were $25 to $40 pesos last year, were $10, $25, and $30 pesos this year.

To get to the fair at X'matkuil, take Calle 50 from the Centro and keep going straight, todo derecho (straight ahead), a Yucateco's favorite expression when giving directions, until you get to the Hacienda. Then just keep your eyes open... it will be obvious where to go from there.

Like any State Fair, the Yucatan State Fair can not be described with words alone. It is more of a visceral experience. So, because this website is lacking smell-o-vision and the ability to fax you a panucho for the FULL experiencia, we will do our best to let you know what to expect when you go to the X'matkuil Yucatan State Fair with this short video... enjoy! 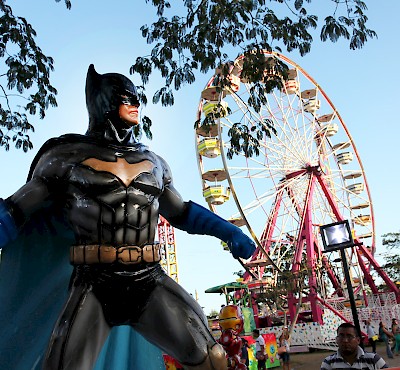 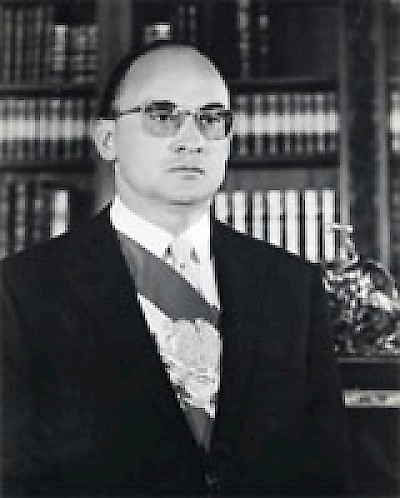 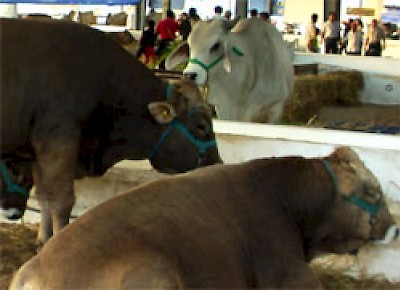 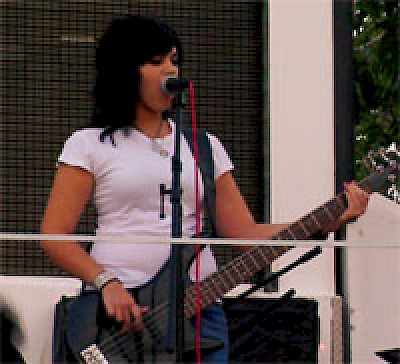 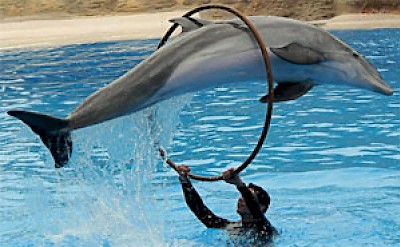