A dental implant is a surgical process that connects a person’s jawbone to a dental prosthesis, such as a crown, denture or bridge, anchoring it in such a way that it is as secure (or maybe more so…) than the original tooth. According to a Wikipedia article, the science of implantology is based on “a biologic process called osseointegration where materials, such as titanium, form an intimate bond to bone”. Though there are some minor risks associated with a dental implant, “…in the presence of healthy tissues, a well integrated implant with appropriate biomechanical loads can have long term success rates of 93 to 98 percent for the fixture and 10 to 15 year lifespans for the prosthetic teeth.” (Wikipedia)

Throughout Merida, more and more dentists are learning the techniques of implantology, as the demand for implants grows. Dr. Ricardo Peniche, a practicing implantologist in Merida, is one of Latin America’s experts in the newest technique of implantology, called All on Four, and he is one of a very select group that is teaching the other dentists in Merida and across Mexico.

Dr. Ricardo Peniche, an English-speaking dentist here in Merida, received his degree in Dental Surgery from the well-respected dental school at UADY here in Merida. He then went on to get his Masters degree in Oral Rehabilitation from the Universidad Finis Terrae in Santiago, Chile, with a specialty in Oral Implants. He has also earned a Testimony of Outstanding Performance from the Centro Nacional de Evaluación (CENEVAL) in Mexico, as well as a Professional Certification from the Asociación Dental Mexicana, to which he has belonged since 2008.

He is the Coordinator of the Diploma that is given in Oral Implantology at Anahuac-Mayab University, and he is also a Professor in the Department of Implantology Dental Surgery and in the Department of Implantology Oral Rehabilitation Specialty at the same university. Dr. Peniche was a lecturer at the International Dental Federation Mexico Conference in 2011, and has been a lecturer in conferences of various associations such as the Dental Association Yucatan, Campeche Dental Association, the College of Dental Surgeons of Quintana Roo, the Mexican Federation of Oral Implantology, and the Mexican Association of Periodontology. Dr. Peniche is also a teacher of various courses organized by Nobel Biocare and Biomet 3i in Yucatán, Campeche, Quintana Roo, Mexico, Mexicali, Guanajuato, Chiapas, Nuevo Leon, Sonora, Aguascalientes, Morelia, Colombia and Chile and he has been invited to speak at various conferences on implantology inside and outside of Mexico.

Dr. Peniche has also written papers on the Surgical-Prosthetic Considerations for Immediate Occlusal Loading Procedure, the Ultrastructural Evaluation of Composite-composite Interface on Incremental Technique, and Implants in Patients with Systemic Diseases.

There is now a most exciting technology that is being advertised and offered around the world by cutting edge dentists… it is called All On Four. All-On-4 is a surgical and prosthetic medical procedure that was created and systemitized in the 1990′s, and which now is available in most places around the world.

This technology is designed for people who previously would need a complete or near-complete replacement of their dental arch. In the past, these people would be fitted for dentures… removable teeth that must be specially cared for. Now, with All-On-4, these people can be given a fixed prosthesis with 12 to 14 teeth (the entire lower or upper arch), which is placed immediately on the day of surgery. For patients with significant tooth decay or bone loss in the jaw which prevents normal implants, this technology is a wonderful solution.

The procedure of All-On-4 is patented by the company Nobel Biocare, whose products are used in the process. For the entire jaw, only four implants into the bone are used, securing the entire set of teeth. The entire surgery is first done virtually, on a computer using special 3D software. After taking a complete digital Xray of the patient’s jaw, Dr. Peniche works in the software to design the best application of the implants and determines their exact placement. Any mistakes or experiments are made on the computer until the perfect solution is achieved. Then the design is codified and the implants are designed. When the time comes to place the implants in the mouth of the patient, the process is easier and faster, resulting in less pain and fewer problems.

In Merida, and in Yucatan, the expert in All-On-4 implants is Dr. Ricardo Peniche.

Of course, Dr. Peniche also provides other dental implant technology to his patients. Overdentures are dental implants that are supported by teeth but can be removed for cleaning in a similar way to your current denture. Unlike a conventional denture, overdentures are supported by implants, so there is no need for adhesives and the discomfort associated with movement of the prosthesis when it is removed.

Like the natural root of the tooth, a single dental implant provides the ideal foundation for a new all-ceramic dental crown. A ceramic crown on a dental implant looks and functions like the missing tooth, and is often the solution needed when only one tooth is damaged.

The loss of several teeth may reduce bone, change the structure of your mouth and age your appearance. A simple solution to stop this process is a dental implant bridge. When several teeth are missing or must be removed, often Dr. Peniche can place only two implants, topped by a bridge, which is sufficient to replace three or four teeth.

Dr. Peniche’s offices are located in the CMA Hospital, just one block east of Paseo de Montejo and one block south of WalMart on Paseo de Montejo. This location is walking distance to the Hotel Zone in Merida, and very close to the historic center of Merida. 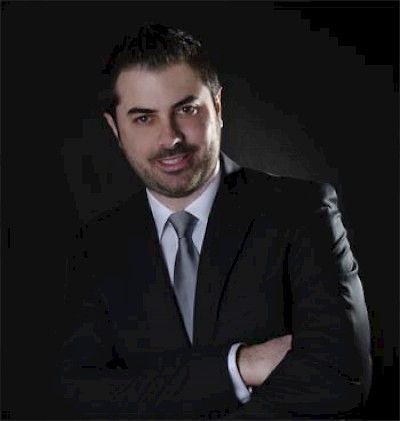 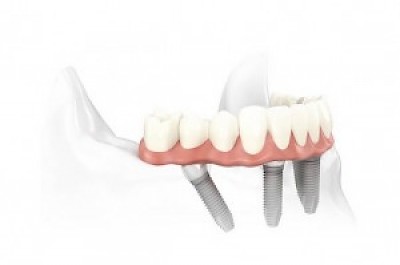 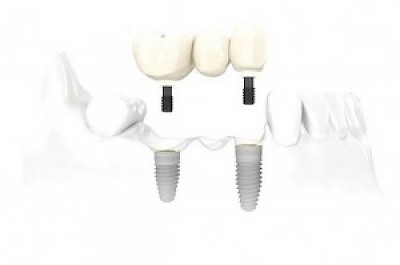 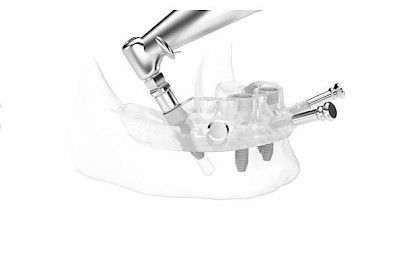 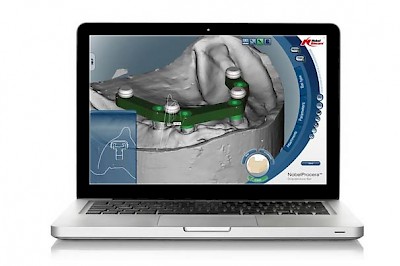