Nearly every week, we see another article in the press about expatriates buying real estate in Mexico. When we first wrote this article, we had seen one from the Kansas City Star, reprinted from the Wall Street Journal. It was about retired and soon-to-be-retired baby boomers buying real estate in the Yucatan and on the Mayan Riviera.

Here are some excerpts:

A big cadre of American baby boomers looking to retire someplace sunny and cheap is fueling a land rush in the Riviera Maya, an idyllic slice of Mexico’s Yucatan Peninsula... But many land-seekers are encountering obstacles, including skyrocketing real estate prices, confusing laws and con artists... The land rush is occurring at the beginning of a demographic tidal wave. With more than 70 million American baby boomers expected to retire in the next two decades, many without adequate pensions or health plans, some experts predict a vast migration to warmer — and cheaper — climates. Often such buyers purchase a property 10 to 15 years before retirement, use it as a vacation home, and then eventually move there for most of the year. Developers increasingly are taking advantage of the trend, building gated communities, condominiums and golf courses...

Mexico, already thought to be home to as many as 1 million American citizens, or roughly a quarter of all U.S. expatriates, is set to get the lion’s share of new arrivals...

No place has boomed in recent years like the state of Quintana Roo in Mexico’s far southeast corner. Anchored by the high-rise resort destination of Cancun at one end and cosmopolitan Playa del Carmen an hour to the south, Quintana Roo is the country’s fastest-growing state, with over a million residents. An estimated 1,500 to 3,000 American citizens live there more than six months out of the year...

If you read the article in its entirety, you'll see a lot of references to "unscrupulous" deals, "problems", "obstacles", "confusing laws" and "con artists". There's the developer in Baja California who sold condos built on ejido land and afterwards all the tenants were evicted. There's a couple near Puerto Vallarta who lost their ocean view when local Mexican developers built a resort between their beach house and the water. There's a woman near Tulum who put a down payment on ejido land but then disappeared for three years and the seller assumed she was dead, so he reoccupied it. But she wanted it back. Then a dead body showed up on the property.

Lions and tigers and bears, oh my!

It's true that we are not in Kansas anymore, but like "The Wizard of Oz", all of the news stories we read seem to reuse the same actors in a rather familiar plot. Act I: Gringos are moving to Mexico in record numbers. Act II: Mexico is a lawless land where it is "not uncommon" for Gringos to be duped, or worse (insert the same two or three examples from above). Act III: Let these cautionary tales serve as a warning. Act IV: Here's what you need to know to avoid being "victimized" (i.e. "there's no place like home").

It never fails to amuse us how the Press relies on fear to sell papers, in this case portraying Mexico as such a dangerous, lawless and corrupt country. We have purchased five properties in Mexico. Four are here in the Yucatan Peninsula and one is in the state of Michoacan. We have many clients who are real estate agents, and through them we are personally aware of scores of real estate transactions among the hundreds conducted here each year. In over ten years of living here now, we have only heard of two or three "unscrupulous" deals out of a thousand.

That's not to say we haven't met several expatriates who were frustrated by the process of buying property in Mexico. Many of these are head-strong, impatient types who bring their own ideas of what the rules should be and don't take no for an answer, even though that is one word we share with Spanish. Mexico is a different culture that speaks a different language and has different laws arising from a different history. There is much to learn and we always recommend you don't go it alone. Even after living here for as long as we have, knowing the people we know and having our experience, we would never consider buying or selling a property in Mexico without the two most important ingredients: a Mexican accountant and a Mexican lawyer. And for most of the time, we would throw in that third almost-essential ingredient, a knowledgeable Mexico-based real estate agent.

For example, ejido land causes "problems" for those who don't understand it. The majority of Mexico's population is Native American or "indigenous". They were not killed or herded off to reservations like in the United States. During the Mexican Revolution, the government took land away from large haciendas that had acquired it illegally and placed it in trust to the indigenous inhabitants who had lost it. This land is technically owned by the Mexican Government but used by local indigenous communities. In recent years, laws have been enacted that allow the heirs of the original families to whom the land was entrusted to privatize and sell it, but the process can take years as each interested party is tracked down for their signature. If you deal directly with a member of an ejido, he or she has the right to take a down payment in return for a promesa, or agreement to sell you his share after it is privatized. He or she will undoubtedly offer you a great price. You may be tempted. But it is a highly speculative deal because the ejido may never be privatized, at least not in your lifetime. We suggest you do not even consider this kind of deal. But if the Mexican citizen in question has lived through the division of the ejido and has a clear title, then go for it. Some of the best property we know of has been purchased that way.

We have heard of several cases where expatriates without a clue try to deal directly and end up stymied or frustrated. In general, they are over-confident and trying to find a "better" deal and avoid paying a commission. For most of us, this is not a good idea. Find a good real estate agent who has references. He or she will hook you up with a good Mexican lawyer (called a notario), and if you need one, an accountant (called a contador). They will help you learn what to expect and how to follow the rules. Then, follow the rules. In many places in Yucatan (and throughout Mexico), you will have to purchase your land through a bank trust (called a fideicomiso). We suggest you might consider a fideicomiso even if you are in the zone where you don't have to. It will ensure you a clear title and it offers some tax advantages, too. Within 50 kilometers of the coast, it is required by law. There are some rumblings in Mexico City that they may be doing away with the fideicomiso requirement, but as of late 2015, that has not happened.

Booming From Coast to Coast

What the Kansas City Star says about the real estate boom in Playa del Carmen, Tulum and Cancun is definitely being seen here in Merida as well. You cannot drive down a street in Merida for more than three blocks in the centro historico of Merida without seeing at least one major colonial renovation going on. And of course, most of the people paying for those renovations are coming from the United States, Canada or elsewhere, because most local Yucatecos with money wouldn't dream of living in el centro. Just like in the United States 30 years ago, they are moving out to the suburbs, either in gringo-like, ranch-style homes or in gated communities like La Ceiba, the Yucatan Golf Club or Xcanatun residential communities, or even those high-rise Yucatan Country Towers in the Alta Brisa neighborhood.

Meridanos are selling the homes of their tias (aunts) and abuelas (grandmothers) to the incoming expatriates, who are salivating at the beauty and potential of these old colonial homes. In the USA of course, you can't find these stone-walled, tile-floored homes with high, beamed ceilings and arch-lined corridors for love or money, let alone for the price of a down payment on a tract home in California.

Despite the somewhat negative tone of most news articles, they often do tell a "rare" success story. The Kansas City Star story talks about the abandoned mansion of the famous and now deceased drug lord Pablo Escobar, that was turned into the Amansala Hotel and EcoResort by a resourceful gringa. That was a few years ago now, and that was just the beginning. The beach in Tulum is now rimmed with a plethora of successful small hotels with restaurants, sushi bars and yoga studios, Playa del Carmen and other beach communities are still growing like crazy and even Merida is becoming hip and popular (see link below).

So hundreds of Americans, Canadians and people from around the world, maybe thousands, are buying homes annually in Merida or on the nearby beaches of the Yucatan Gulf Coast for retirement, vacation rental income and investment. And more and more of those are moving down here every year. We have heard recently that over 7,000 expatriates live in Merida, a surprising number if you believe the 1,500-3,000 on the Mayan Riviera. Frankly, we did not think those numbers were accurate when that article was written (too low) and they have risen steadily since then.

We Working Gringos are just the visible tip of the Yucatecan expatriate iceberg, so to speak. An iceberg that has grown exponentially since this article was written and shows no signs of melting, even in this tropical heat!

****
Looking to buy real estate in Merida or Yucatan? Try our Real Estate in Yucatan section or the For Sale in Yucatan pages.

Want to know what it is like to LIVE in Yucatan? Try our Yucatan Survivor section! 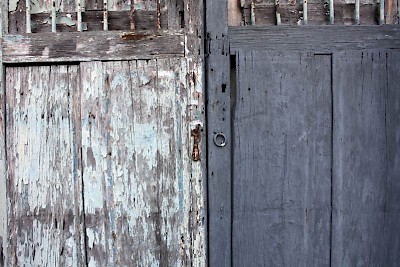 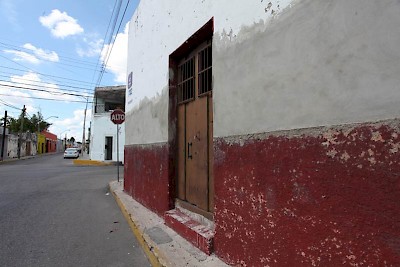 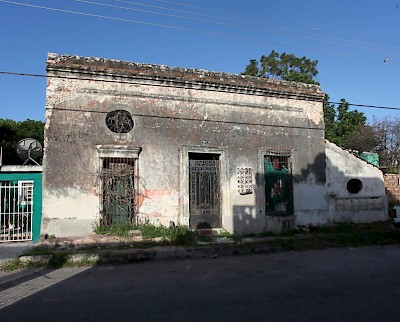