Features of a Yucatan Colonial Home

Many people come to Merida to investigate and invest in the real estate market these days... what's the attraction? While there are many kinds of properties to choose from, including modern condos and beach homes, probably the most charming properties are the old colonial buildings in the historical center, with lovely European architecture, antique floor tiles and high beamed ceilings that can be renovated into truly special homes. There are old colonial buildings in many large cities in Mexico, but many of the best values are found here in Merida. Yet, before you buy that fixer-upper and begin renovating, it's good to know a little bit about the architecture here, and the process of renovation.

Typical Yucatecan homes are constructed with stone (if they are more than fifty years old) or a combination of stone and concrete block. The old stone walls, which are a combination of rough-hewn limestone and plaster are called mamposteria (mom-pos-tare-EE-uh). Most colonial homes in the historic centro of the city have mamposteria walls either as exterior walls or throughout the entire building. Concrete block walls are also common, especially with newer buildings. Houses built of red brick or tabique (tah-BEE-kay) are rare, and houses built with wood are even more scarce. There may have been more homes built of wood in the city originally, but few if any are still standing.

The roof of a colonial building, called a techo (TAY-cho), is almost always flat, and slightly sloped to provide for runoff. Originally, roofs were laid down first with heavy wooden bigas (beams), and then covered with tile and concrete. But in the 19th century, iron bigas were used. These were actually railroad track used for the small scale henequen trucks. To guard against rain and leaks, the roof is then covered with impermeabilizante (em-perm-ay-ah-beel-ay-SAN-tay), an latex-based, thick waterproof paint. This is often laid down over a layer of very thin paper or cloth for added protection. A roof needs a new layer of impermeabilizante every three or four years in the Yucatan.

Traditionally, stone or block walls are covered first with a two layers of hand-applied plaster, a rough coat and then a fine coat. For an authentic restoration, several coats of cal paint are applied. This local style of paint is mixed on site, and consists of a colored powder, white cal powder - essentially cement - and a dash of white glue as a binder, creating a paint similar to those used in frescos. It is brushed on in manos (literally "hands"), as in dos manos or two coats of paint. Because the paint is mixed locally, people find it easy to be creative with color. As as you look around the neighborhoods of Merida, you can see the results of their creativity. Cal paint will eventually show discoloration from moisture, and may eventually flake off due to excess moisture in the stone wall beneath it. Exterior walls painted with cal often need to be repainted every other year, and interior walls a little less often. You can paint with more durable types of paint, but these paints do not necessarily stick to the stone walls any better than cal in this climate. And shiny enameled walls look pretty out of place here in the Yucatan.

After the plaster and sometimes even after the paint is applied to the walls, the plomero (plumber/electrician) applies his craft. This often requires digging out channels in the stone or block walls for wiring or pipes. Electricity and plumbing were new-fangled technologies when they arrived long after the original houses had been built, so most electricians and plumbers are trained to install these amenities after the structure is completed. Most old homes will also have at least two hamaquero (hah-mah-KAY-row) installed in most rooms. These are loops of metal designed to receive hammock hooks. If your home doesn't have any, don't worry. Hamaqueros can easily be installed with a little elbow grease and cement. New ones can be found in the local mercado downtown. Older-style hamaqueros and the hooks that go in them can often be found in local antique stores or made to order.

Another common feature of colonial homes in the Yucatan are the high ceilings. Ceilings of 18 and 20 feet are not uncommon and some can be even higher. Besides giving the rooms and buildings a sense of spaciousness and grandeur, the high ceilings allow the heat of the day to rise away from the inhabitants. Combined with the thick stone walls and windows covered during the day by heavy wooden or metal doors, this serves to keep the interior of these old buildings as cool as possible when it is impossibly hot outside.

Living in the Yucatan is very much an indoor/outdoor affair. Most houses in this part of the world have both indoor courtyards (patios) and gardens in the back of the house. The jardin (har-DEEN) often has a pool that is kept empty except for when it is about to be used. Many houses fill their pools from wells drilled on the property, and pools often were not built with modern filtering equipment. So the pools were filled when they were used, and then emptied until next time. Of course, modern pool equipment is readily available now in Merida and is more commonly used in renovations.

Overhanging the patio or an outdoor terrace is a tejeban (TAY-ha-bon), a slanted roof usually built from hard-wood beams and covered with red tile. The tejeban allows you to sit outside without sitting in direct sun or rain. Older tejeban in colonial homes can sometimes still be found with the original french tiles imported here in the 19th Century.

A distinguishing feature of a Yucatecan home that everyone notices right away are the colorful tile floors. These special floor tiles, known as pasta or mosaicos (mo-ZAHY-koz), are made here from concrete, colored powder and hydraulic pressure. They are laid down with a matte finish and polished in place after installation. You can read more about these tiles in our feature story about floors. The tiles can be chosen from existing colors and designs, or you can pay to have a mold created in a design of your choice. Either way, the result is a stunning floor for a reasonable price. If you are lucky enough to find an old colonial home with original floors, do not despair if the floor looks ugly and worn. Most of the time, these tiles can be repolished and will look as good as new.

Many old buildings still have original stenciled designs painted on the walls. Some of these are painted to resemble wall paper that would have peeled off in less than a season of tropical weather. Painting these is a skill that is still available here from local artists, so new designs can be painted on your walls, or old ones can be copied and renovated.

Houses in the Yucatan have very few windows. Most openings between interior and exterior spaces are doors. These doors usually have smaller doors inserted into them, above a typical person's sight-line, so that the small door can be opened for fresh air without giving up privacy. Original hardwood doors in old colonial homes are very valuable and can be refinished to be restored to their original beauty. A skylight, or tragaluz (TRAH-gah-loos), is easy to install in a ceiling and is another solutions for getting light into a dark interior room.

An original Yucatecan kitchen is often just open concrete shelves, sometimes covered with or edged with fired tiles. In this humid climate, before there was air conditioning (and even now, if you don't want to be running your air conditioners all day and night), it was best to leave shelves open so that air can circulate.

These are just some of the more obvious elements of a typical colonial home in the Yucatan. In our next article, we'll go under the surface to look at the typical plumbing and electrical solutions in this part of the world. We've been here for over four years now, and seen a lot of homes built or renovated. We've learned that often the building habits that did not originally make sense to us have developed for a reason. And it is best to learn how things are done here, and learn the reason why they are done this way, before you try to change things. More often than not, we've concluded that the great innovation we had in mind just didn't work in the tropics or with the chosen materials. Local craftsmen have been building houses here for over four centuries. The most successful renovations are informed by their history and traditions. 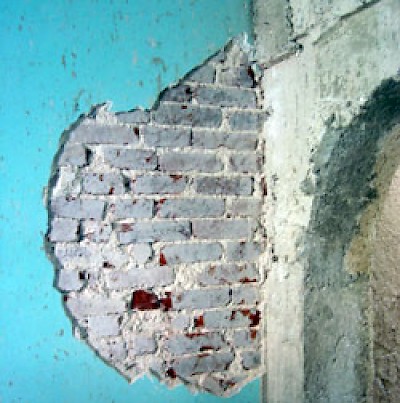 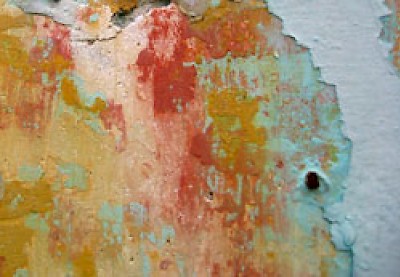 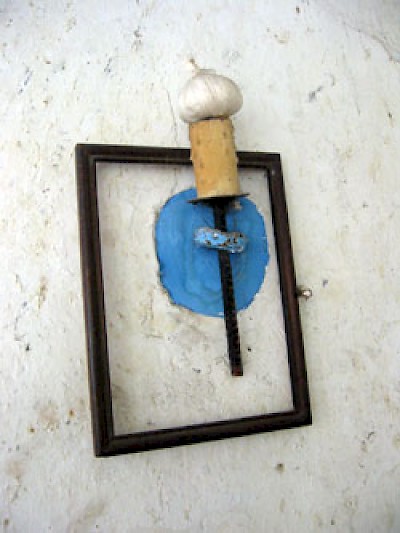 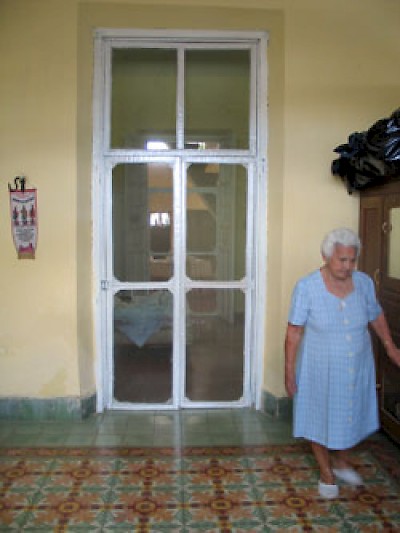 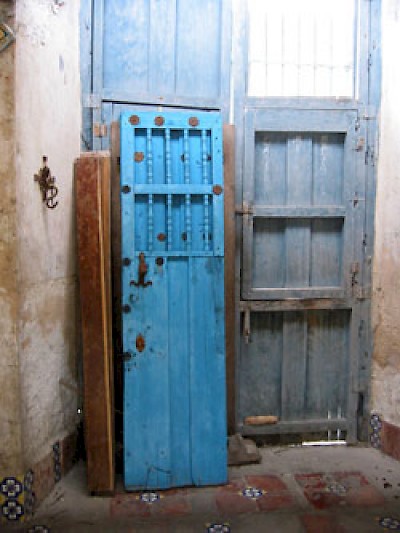