Everyone knows that Mexico is famous for its tequila. And while not much tequila is produced here in the Yucatán, the area is known for producing beer, rum and a local liqueur, Xtabentun. If you live in Mérida, you can visit and, more importantly, sample the products of one of the most prominent producers of these drinks, the D’Aristi rum and liqueur group, run by the Aristi family.

Probably the most famous of the D’Aristi liquors is Xtabentun (pronounced ish-tah-ben-TOON). Xtabentun is the most famous alcohol of the Mayan lands and is made from honey and anise. The name comes from a Mayan legend about two women from the same village, Xtabay (also called Xkeban) and Utz-Colel. Xtabay lived a lustful life and gave freely to the poor, while Utz-Colel was cold, haughty and acted superior. When Xtabay died, her true nature was revealed by the sweet-smelling Xtabentun flowers that grew on her grave. When Utz-Colel died, the odor escaping from her grave was quite the opposite, or so the legend goes according to Wikipedia.

A fairly recent article in the San Francisco Gate had this to say about Xtabentun, the liqueur: "The producers of D'Aristi Xtabentun say that the drink is based on balche, a magical potion said to have been consumed at ancient Mayan rituals, though balche was made from water, honey and tree bark, so honey is the only ingredient common to both beverages. Nonetheless, D'Aristi Xtabentun is a fairly stunning liqueur". We hadn't heard the "fairly stunning" description, but we had heard that this miracle beverage cures everything from a sore throat to menstrual cramps. If you don’t need the Xtabentun cure, fear not. Aristi also produces guanabana, lime, orange, banana, mocha and coconut-flavored rums, and nance liqueur, another sweet after-dinner drink made by fermenting the local nance fruit which is a favorite with locals.

The factory is located in beautiful Hacienda Vista Alegre, right across from Bancarios, the gym and sports center east of Plaza Fiesta on Avenida Correa Rancho (on the way to the Altas Brisas Shopping Center). If you weren’t looking for it, you would never even know it’s there! Hacienda Vista Alegre is set back from the road a bit, with a liquor store and parking lot camouflaging the entrance. Enter the gate, and you’ve stepped through a time portal, leaving modern Merida behind for a quiet paradise, complete with a peacock roving the grounds, huge iguanas and many flowers and fruit trees. Miguel, our guide for the tasting tour, showed us a tamarindo tree, and gave us one of the brown pods, which we broke open to eat the fresh, fruity paste inside. He also pointed out the mango and sour orange trees and some basil growing on the grounds.

Miguel began our tour in the distillery. There we saw huge plastic and metal vats of alcohol where they begin the process of distillation. Our guide explained to us that they produce two different qualities of rum; one for national consumption that is only aged for 30 days (sorry, Mexicanos), and another for export, the Special Reserve, which can be aged up to ten years and shipped to the United States and Europe. Why, you ask, do Mexicans get the short end of the sugar cane? The local rum is a simpler process, and is therefore cheaper to make and cheaper for the consumer. The more expensive drink is still sold in Mexico, but it is just not as popular. Really, local residents get both ends of the sugar cane and are free to choose which one they want!

We continued with the tour, entering a second distillation room where samples of unprocessed honey and anise seeds, the raw materials to make Xtabentun, were set out on a table among the distillation vats for visitors to taste and smell. This liqueur is made by naturally fermenting honey and anise together, filtering the result, and adding more honey.

A third room in the distillery houses huge, wooden barrels which have been used for 100 years to hold the different flavors of rum. In fact, for them to stay in working condition, the barrels have to be in constant use or they will dry out. See how important it is to keep making and drinking that rum?

The tour continued to the bottling and packaging room, where workers in masks and hairnets fill, cap and label each individual bottle by hand.

The last part of the walking tour took us to a building where barrels of White and Special Reserve rum were stacked to age. The company uses old Jim Beam barrels for their rum storage. Apparently whiskey makers can only use a barrel once, but a barrel has a life of up to 20 years. Instead of wasting the barrel, they put it to good use and sell it to the rum manufacturers. A good example of reuse and recycling! Miguel dipped a special type of ladle into one of the barrels and took out a sample of rum in the process of being aged. This rum had been in the barrel for about five years and was at about 120 proof. He poured it into a glass and let us smell it and taste it. Before it even hit our lips, our eyes were burning from the vapor of the alcohol. 120 proof rum probably works wonders on a bad cold!

The last part of the tour was the best part of the tour… we got to taste everything! Miguel led us to an outdoor bar where all the bottles were set up in a row, begging to be poured into the tiny plastic taster cups. If you have never seen a bottle begging before… well, it cannot be described. You'll just have to take the tour.

After sweating out most of the liquid in our bodies walking on the tour on a hot day and tasting all those different rums on an empty stomach, we were feeling a bit of a buzz by the time we got to the Xtabentun. We saved the Xtabentun for last because of its sweet flavor… the same reason it is usually saved for last at a meal. And the Xtabentun did not disappoint us. It was indeed a sweet ending to a fun tour. By the way, if you take this tour, and you enjoy what you taste, you can buy a bottle right on the spot (at wholesale prices, of course, which makes that low-priced Mexican rum really inexpensive!).

Already explored Mayan ruins and looking for something different? Or have you been living in Mérida for a few years (like us) and have a free afternoon? Are you a Meridano who has never been here before? Consider the D'Aristi tour at Hacienda Vista Alegre. The tour is interesting, a great way to learn about some local culture and of course, there's that tasting room at the end! We took our tour through Orbitur, a travel agency that can be reached by calling (999) 920 3085 in Merida. They can set you up with a tour of the D'Aristi Bottling Plant for $295 MXN or a combined tour of the plant and Hacienda Teya for about $500 MXN.

Editor's Note: Christine, the author, was a visitor to Merida for a few years as an English teacher, exploring the Yucatan.

In Merida, D'Aristi Xtabentun is made by Grupo AAMSA. The headquarters is located at Calle 16 #240 in Colonia Vista Alegre. Their phone number is 999-943-0218. Probably the receptionist does not speak English, so if you don't speak Spanish and want a tour, it is probably best to go through a tour company or just show up. The D'Aristi website can be found at www.xtabentun.com 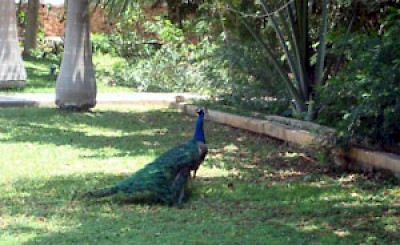 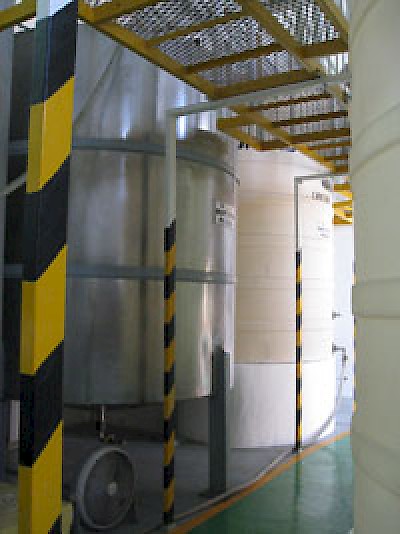 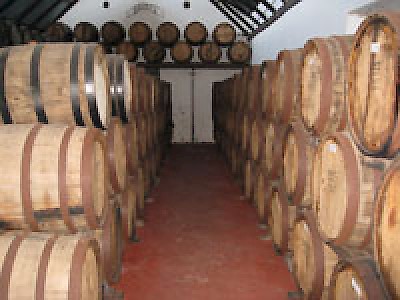 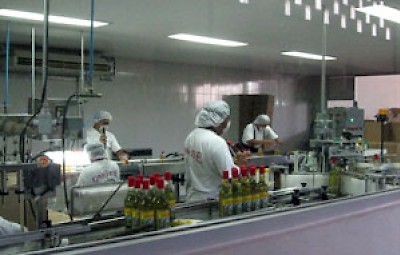 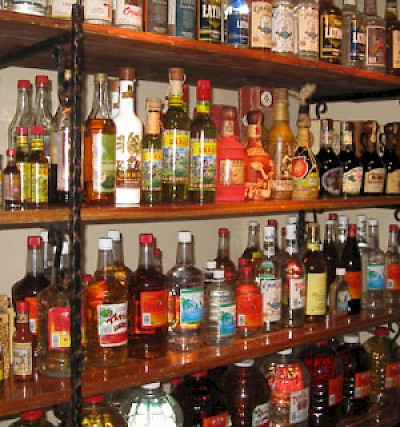