This week, Working Gringa's father and stepmother are coming to town. They are staying the month in Akumal (escaping the impending Colorado winter for awhile) and coming to Merida for a brief sojourn, to meet the dogs and tour around the not-quite-finished house. Since our rental home doesn't have a comfortable place for them to stay, we were faced with the decision of where to put them up for the night.

We imagine this is not unusual for other people who live here, who often have guests that need to stay somewhere other than their home. So in service to those of us who want to give our visitors the best experience when they are visiting, here are our initial nominations for Best B&B in Merida.

They are probably (but not necessarily!) priced lower than the small hotels of our previous poll. They also probably afford the visitor a more intimate experience of Merida, since most B&B's are indeed an extension of people's homes. We realize the category has been stretched like a piece of semantic taffy in the last few years, so we are going to create our own set of rules for the purpose of this poll. Each of the B&B's nominated by us or anyone else should have five rooms or less, should have the owner or owners living onsite and should serve breakfast as part of the cost of the room.

Here are our initial five nominations. Anyone can add a nominee over the next two weeks (before November 31) by suggesting another B&B in the comment section. The voting will continue until December 31, 2007 at which point we will turn off the poll (and all the others) and in January, we will award the winners.

Oh, and just so we can avoid having to explain this multiple times, our next poll is going to be Best Budget Hotel in Merida and will be the best category for places where the owner DOESNT live or which DONT serve breakfast.

Angeles de Merida - Created by John Truax and his partner, Angeles de Merida has new expat owners who have moved in and are carrying on the Angeles de Merida tradition. The rooms are set in a multi-storied old home, beautifully renovated with the rooms all loosely centered around a courtyard with a swimming pool. The location, just down the street from Parque Santiago, is ideal for a combination of quiet getaway and tourist convenience.

Casa Santana - One of the most uniquely and personally decorated and renovated homes in Merida that we have ever seen, Casa Santana is the brainchild of Debbie LaChapelle, who lives half the year in Merida and half the year in Maine. The house is filled with folk art and antiques from Mexico and other lands of apparent enchantment. The garden is surrounded by old stone walls and features a swimming pool set among the trees. It feels miles away from downtown Merida, which it isn't.

Cascadas de Merida - Run by Ellyne (from New York) and Chucho (from Merida), this unique B&B has four modern rooms that all open to a sparkling swimming pool in the center of the property. Thanks to Chucho's ingenious construction abilities, each room boasts a glass-enclosed shower that looks out onto a waterfall. Water features are everywhere! Thanks to Ellyne, guests enjoy a delicious breakfast and lots of sound advice on what to do and what to see in Merida.

Las Arecas - Another colonial turned into a B&B, but run by a Merida local. Mauro Ruiz spruced up his family home and runs it as a modest bed and breakfast. Five rooms in the back of the house share a living and dining room and a central outdoor patio. Each room is charming and simple, with a few whimsical touches like stone sculptures or sixties-era lamps. Some rooms have kitchenettes, one has a private garden, another has a rooftop view. The location couldn't be better, close to everything.

Los Arcos de Merida - Only two guest rooms in this popular B&B. The main house and the garden are chock full of books, art, plants, furniture... enough to keep any guest busy who isn't already swimming in the large pool, enjoying a delicious breakfast by that pool or going just down the street to the center of Merida for entertainment. Rooms are tucked away in the back of the garden, away from the main house, in their own little world.

Casa Esperanza - Casa Esperanza is located in a colonial home originally built in the 1890's. Claudette and Sergio have turned this lovely building into an even lovelier and very comfortable home away from home. The rooms are painted in a bouquet of pastel colors, all within easy access of a lovely pool. Casa Esperanza is just a few blocks from the Plaza Grande, Parque Mejorada and the city's main market. Gourmet breakfast served daily.

Casa Santiago - A reader-nominated bed & breakfast, Casa Santiago is a 3-room establishment that has recently come under new management. The owners, Vince and Frank, share their home with guests and a "quiet and friendly" Boston Terrier named Felix. There is a pool in the back, breakfast served each morning and wine and cheese in the afternoons. Casa Santiago is close to the park of the same name, and just a few blocks west of the Plaza Grande. 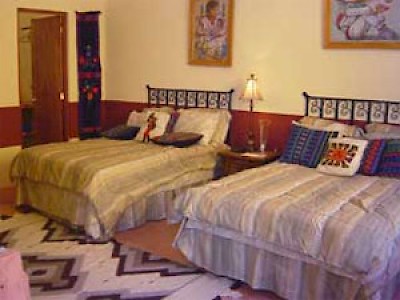 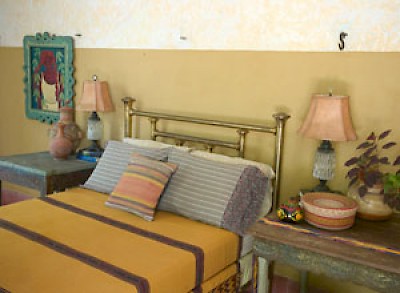 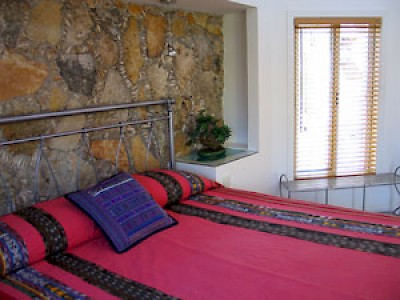 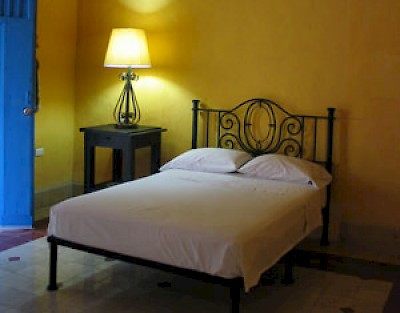 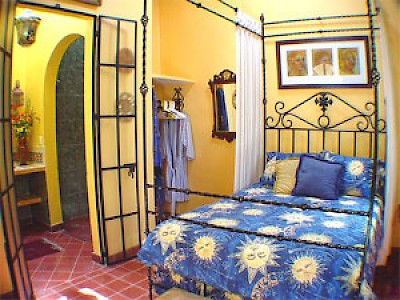 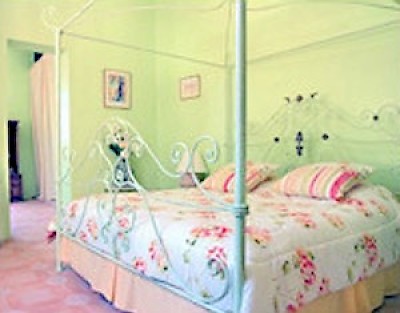 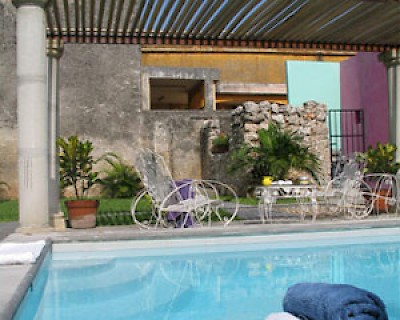