Over the years, we have had the pleasure of meeting (albeit virtually...) a man named Richard Leo Johnson. Richard and his wife Jane live in Savannah, Georgia and have visited Yucatan over the years many times. They have property in San Crisanto and have plans to build a house and move there as soon as possible, expanding their photography business to Latin America. Richard has been a professional photographer for over 25 years, and he also had a brief and successful career as a musician. Over the past few years, Richard has become more and more fascinated with the culture here in the Yucatan, and from this fascination came the movie he made, called Estancia (Stay). The short film is a story of a young boy and girl who are friends and, through circumstances beyond their control, have to face separation. The quiet and poetic film is a lovely showcase for the beauty and charm of the Yucatan.

We asked Richard to tell us what it was like to make his movie here...

YL: Richard, how did you come to make this film?

Richard: The best way to describe the making of this film is... on a wing and a prayer. The catalyst for the story of the film was, oddly enough, a photograph that I never made. On one of my trips to the Yucatan, I brought a vintage 8x10 camera and I wanted to photograph two young kids, a boy and girl, standing knee deep in the ocean, looking into the camera with the sunset behind them. That image did finally make it as publicity for the film, and as the first scene of the film.

YL: How did you get started with this project?

Richard: We were lucky enough to find Linda Gore, a local gringa, to help us organize the shoot. Linda lives in San Crisanto but is originally from Georgia too. She speaks a good bit of Spanish and was a bundle of energy. She solicited the help of a local high school student named Carla, who speaks very good English. They put up the poster shown here to advertise our project and the audition for actors.

YL: So tell us, how was the project received locally?

Richard: We arrived at night and after having dinner with Carla, we went to bed, totally unsure what would be happening the next day. We got up the next morning, went over the to the center of the town of San Crisanto and waited anxiously to see if anyone would show up for auditions. After a few minutes, kids started trickling in... about fifteen of them showed up in total. We did a quick interview with each of them. They were all very sweet and funny. We made them do a bit of acting, and before long, we had our cast. The two stars are Sharon Beatriz Uc Duran and Roger Alejandro Chuc Rosado. We started filming that afternoon!

YL: Did everything go smoothly?

Richard: For a few days, it did. We woke up the next day and started shooting at dawn, which we did every day for a week. Everything went well until the third day, when Roger suddenly decided he didn't want to do it anymore. When we asked him why he had changed his mind, he said it was a combination of things: not liking girls, being embarassed about being too nice to Sharon, and other assorted adolescent angsts. Of course, we were freaking out! If we couldn't convince him to continue, we would have to start over. Sharon was wonderful... happy to continue! Not only that, but every day when we went to pick her up, her mom gave us home-cooked snacks!

YL: So then what happened?

Richard: We met with Roger and he was adamant about not continuing. Finally his friends came in and convinced him that he was being silly and breaking his promise to everyone. After an hour or so of some effective peer pressure, about the only thing that might convince a stubborn adolescent, he said that he would proceed. All we could say was "Phew!"

YL: So had did the rest of the shooting go?

Richard: Well, after that scare, most things went well. We actually paid everyone that was in the film, and we paid for the use of all the props like cars, boats, etc. That was much appreciated by the community. We shot every day from dawn til dusk. The schedule was very tight but we had amazing cooperation from everyone in the town, as well as in the church in Sinanche and the crazy traveling circus that appears in the film. They just happened to be in town that week, so we included them in the film.

After all the filming was done, we had a big party for everyone at the town hall. We served local food and drinks for everyone... it was an amazing time.

YL: Why did you make this film?

Richard: The idea for this film was based on the real love that we have for this area and for this particular little town. My biggest reward from making this film was the reaction we got from the people in the town when they got 30 copies of the DVD. Linda said they reacted with a lot of tears and affection. We feel very lucky to have been able to make the film here.

YL: Who helped you on this film?

Richard: I had two assistants, Russ Powell and Skip Terstra. Russ has been the primary photographer for Heifer International and has traveled all over Africa, Asia and Latin America for that job. Skip Terpstra is a very accomplished cinematographer and graduate of SCAD, the Savannah College of Art and Design. Skip did most of the shooting and Russ and I filled in the gaps.

YL: And where did the music come from?

Richard: As you might know, I'm a musician and I scored the film and performed all of the music.

Richard's music can be heard and read about here and here. 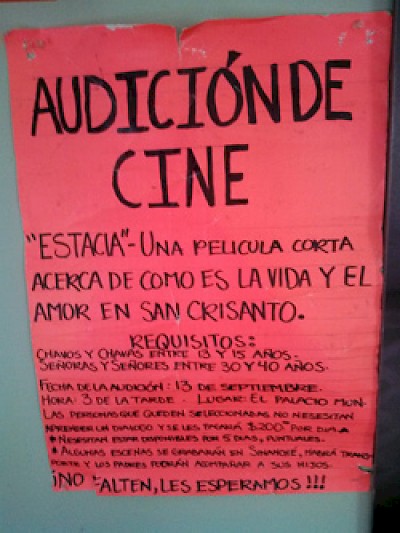 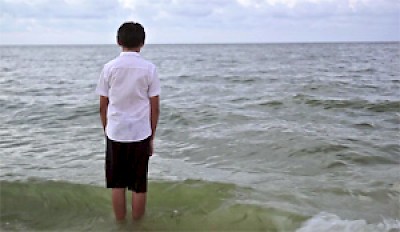 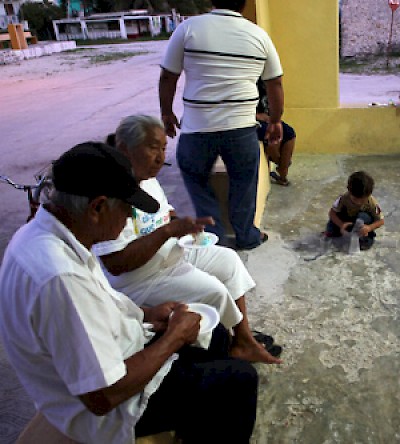 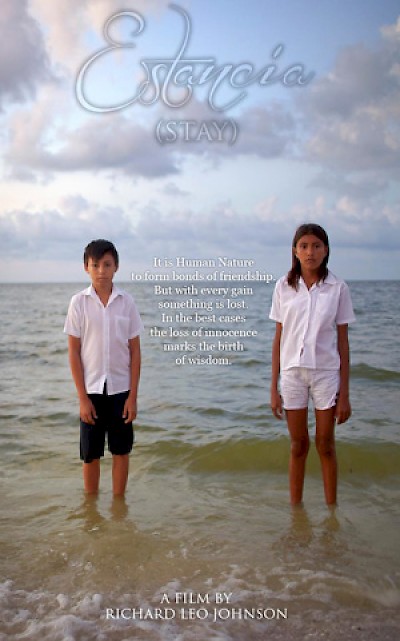