But all unconscious of the trembling human quarry on the manchineel branches above their heads, the Aztec party passed on. They were after deer. Soon the trained hunting tiger was unleashed and bounded away after some antlered creature of the brush. The men disappeared with him.

For long after they had gone and night had descended, Nakah lay ill with fear on the floor of the tree hut. It had been a most narrow escape. Suppose the men passed this way again? Were not deer so close, their tiger would surely scent her out. She must move on tomorrow, deep, deeper into the jungle.

But before the morrow came, another adventure befell Nakah. In the pale-grey dawn of that day she was wakened from her restless slumbering by a strange scratching sound against the trunk of her tree home. In terror, she reached for both stone hatchet and spear. Was this clawing creature the ocelot of the Aztec huntsmen come back for her? But as she peered fearfully through floor cracks of her hut, she saw that the thing climbed hand over hand up her swinging rope of vines -- that it was a man. Nearer, nearer --- the black-haired intruder worked his way upward. Above him waited a tense, breathless Nakah, hatchet poised for one savage, desperate blow.

Then the black-haired one lifted his face -- and the hatchet that she held fell from limp fingers, thudded to the ground. Joyously she reached out a helping hand to the climber of the vine stairway. This was one Tzan, a harmless half-wit belonging to her own tribe. Tzan was the only Itzan who knew not toil. For the Aztecs, like all other Indian races, regarded the simple-minded as the chosen of the gods, and respected them accordingly. Tzan had the run of both city and camp, going and coming as he pleased. Often, for weeks at a time, none knew his whereabouts.

"Ai-eee-he!" But I've had a hard time trailing you," he gasped, as she helped him to the edge of the hut's platform.

And the boy drew from his shoulder pouch a tangle of feather fronds, some wisps of cloth, an anklet.

"The tiger trails by his nose. Tzan by these!" and the youth touched his eyes.

"Brush and vine held the signs for me, all the way from my cave door, straight to you..."

"Cave door -- not the opening to the barred tunnel?" queried Nakah.

"Ya, illah! My cave!" answered Tzan, an ugly look coming into his witless face. "My cave! I come to tell you to keep away from it. Don't want anybody there..."

"Mine -- now," answered the half-wit pridefully. "Tzan found them on dead monk that fell down into a gulch. He no need -- so Tzan take."

Such a revulsion of relief swept over Nakah as to leave her breathless and dizzy. So -- the pabas from the temple had not lain in wait for her at the mouth of the jungle cave! Perhaps none living knew of this strange, barred tunnel save herself and the half-wit.

"Tzan hungry," announced the boy, rousing her from her thoughts.

From the gourds and baskets back in the hut she set a supply of nuts and fruits before him, and tried to curb her impatience while he stuffed himself. Finally, she queried:

"You're going back to the quarry from here, aren't you?"

"You'll take Copan a message for me, tell him where I am?"

"Copan not at camp," mumbled Tzan through a mouthful of fruit. "Copan waits for you at big tree..."

"And you'll take him a message then?"

That was the most she could get out of him. She must risk her all on that "maybe". Finally, when he had eaten the last of her slender stores and had clambered with monkey-like surety down her rope of vines, she followed and thrust into his shoulder sack a message which she had inscribed upon the inner surface of a bit of bark with a thorn for a stylus. In her note, she told that she was alive, tried to describe her whereabouts, and begged some of her tribesmen to get in touch with her.

One moment Tzan stood beside her. The next, he was gone, melting into the brush like some creature of the jungle breed. Not even the crackle of a twig announced his departure. Nakah stood for long, listening, straining her ears. Tzan's visit seemed almost something she had dreamed. Then she looked down at her hand -- her thorn stylus was still tightly clutched in her fingers. Yes -- it was real. Tzan had come and gone. Would Tzan ever carry her message to Copan? Ola, would he?

The saga continues... it's beginning to feel like a Yucatecan version of a Nancy Drew novel, don't you think?

If you want to catch up, start reading the book from the beginning here. 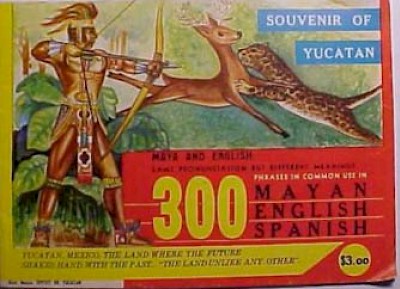 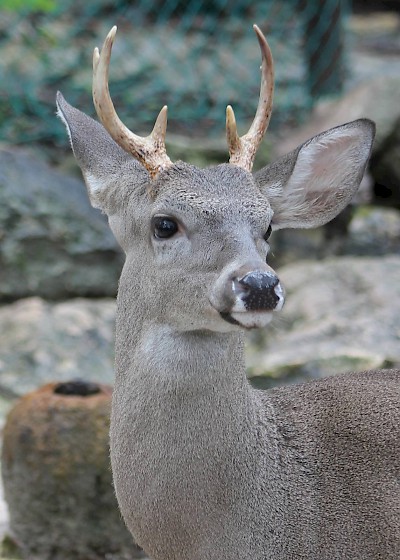 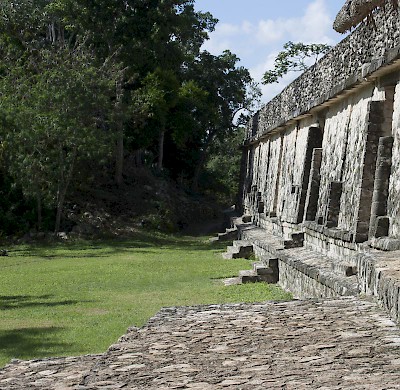 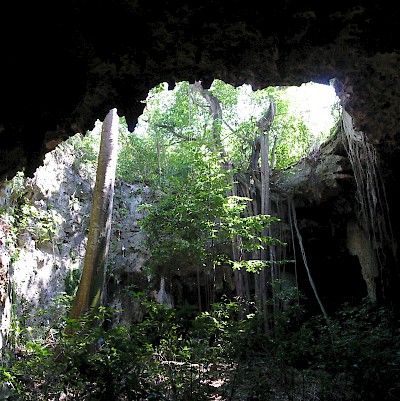 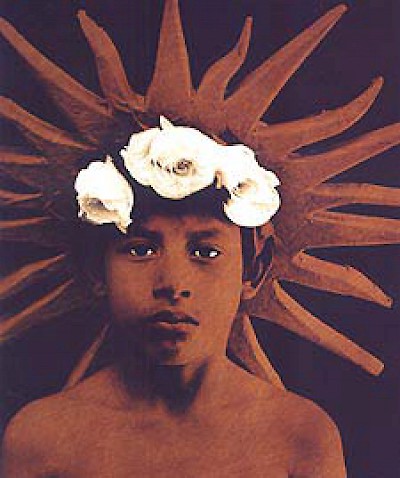 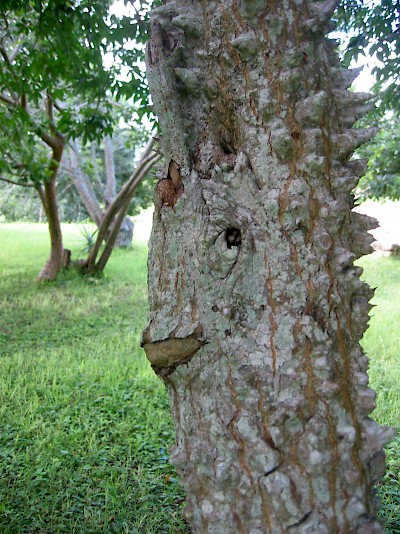