It's been a long time coming, but Protección de Perros y Gatos, a.c. has finally opened its doors to serve the people of the Municipality of Progreso with quality vet care for everyone, including street dogs and families who cannot afford vet care for their pets.

The Association recently received the materials promised in June from the City to sterilize 100 animals, thus, they began the first major campaign at the clinic.

Obviously, it will be impossible to neuter 100 street dogs in a single weekend as targeting the callejeros will take detailed planning, coordination and a small army of volunteers. Fortunately, and thanks to Protección de Perros y Gatos' amazing and dedicated Vigilante, Manuela Gómez, and her team, it has been possible to enlist the co-operation of two like-minded groups, Ciudadanos Pro Mascota (Citizens for Pets) and Paws on the Beach. These groups are joined by two additional local vets who have committed several hours a week to the campaign until the materials are all gone. The use of a large property has also been donated for pre and post-surgical care. The staff and volunteers at Protección de Perros y Gatos are confident they can sterilize 10-15 animals a week over the next 7-10 weeks.

Please Note: Protección de Perros y Gatos has suspended their monthly social meetings for the time being in order to focus on the work at hand but they hope to resume these gatherings right after the New Year. In the meantime, your thoughts and comments are always welcome via e-mail and your donations even more so now that they are finally doing what they set out to do so many years ago. Protección de Perros y Gatos estimates the average cost of materials to sterilize an animal at $400 pesos (anesthesia and antibiotics are expensive). Therefore your $32 USD donation will neuter one dog or cat and prevent hundreds more from ever being born into lives of misery and suffering.

If you can, please help Protección de Perros y Gatos, a.c. to help as many as they can towards healthy dignified lives. 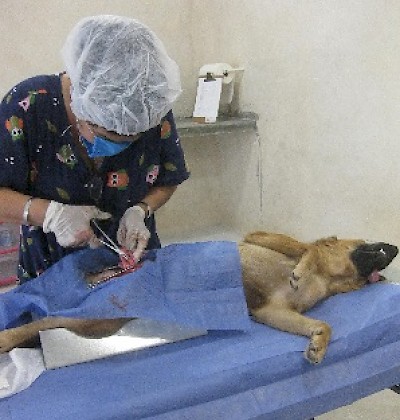 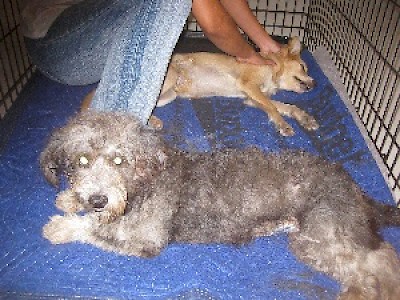