For any animal lover who travels to or lives in Mexico, there are few harder subjects to deal with than the state of dogs in this country. Anyone who has driven around the countryside or spent any time in the Yucatan pueblos has seen far too many starving, mangy or neglected dogs. Fortunately, the dog situation in Merida and Yucatan seems to be undergoing a change over the last few years. Nowadays, there is a real dog park in Merida. There are Yucatecans actually walking their dogs and volunteering at dog shelters. This change can probably be attributed to the tireless work of many people, expatriates and Yucatecans alike, who have participated in Spay and Neuter clinics, put up billboards about caring for animals, and who have proposed and seen through the introduction of laws against animal abuse.

There is an entire segment of Mexican society that treats pets, especially dogs, the same way they are treated in the US or Europe. They are valued family pets, given their vaccinations, taken to the vet when they are sick, groomed regularly and loved as sentient beings.

The poorer Mexicans consider dogs a nuisance, an extra mouth to feed and often a dangerous animal to be avoided. Conversely, they might see dogs as a cheap home alarm system. And so dogs are often tied up and left barking, or left starving and often sick. Because of the way they are treated, they can be dangerous and sometimes should be avoided.

The disconnect here is that Mexicans in general do not approve of sterilizing their dogs (it's a Catholic thing, we hear...) and/or they can't afford it. Over the last few years, the Spay and Neuter Clinics of Merida, Progreso and the rest of Yucatan have taken hold both in reality and in the minds of everyone in Yucatan. Spaying and neutering animals is becoming less anathema as a general idea, but still is often something that an individual Yucatecan may not want to do for their own pets.

Which brings us to AFAD. In Spanish, AFAD stands for Albergue Fransiscano del Animal Desprotegido. In English, that is Franciscan Shelter for Unprotected Animals. The woman who runs it is a woman named Lidia Saleh. She runs the shelter, which consists of a large plot of land which was donated to this cause. AFAD started with a two-room house that Lidia eventually fixed up to accommodate caring for a growing number of dogs. The dogs have covered cages with concrete floors. The shelter rescues dogs and cats from the streets and also takes dogs and cats whose owners no longer want them.

A Visit to AFAD

On the day we visited, years ago, one of the AFAD rescues was a big Staffordshire Bull Terrier who had apparently been used for fighting. He still sported a few cuts that were healing, but his disposition was sweet and loving with humans. Our photo shows him sitting on his new mat that we had just brought to him and thanking me in his own doggy way. Another one of AFAD's rescues that day was a purebred Doberman who was given to AFAD because he was 6 years old and his owner did not want to have to deal with him getting old and dying. Obviously, he was nowhere near death, but he was also not acclimated to other dogs, so he has to stay in a pen by himself.

Most of the dogs stay together in the main pen. Last time we were there, there were about 30 grown dogs, including beautiful golden labs, mutts, a dalmation and about 15 puppies. There were a few sick dogs that are being cared for and nursed back to health as well. The cats and kittens were kept in a separate location. What surprised us the most was how friendly, gentle and easygoing all these dogs are. We've gone into the main pen a few times now to meet and greet the dogs, and they all just want to be loved, petted and scratched behind the ears. There hasn't been any fighting or growling and they all seem pretty happy. They certainly did not seem like frightening or scary street dogs.

The shelter at the time was staffed full time with one person who worked hard to keep it clean, and fed the dogs, as well as watched over the dogs being nursed back to health. Lidia even then was busily promoting AFAD to the Spanish-speaking population so that Meridanos looking for a dog would think about AFAD and come rescue one from the shelter instead of buying one in a store. Even then, she carefully checked out the new owners and their homes to be sure that each dog was going to a better place.

Adopt a Dog in Merida Yucatan

If you are interested in adopting a dog or a cat, we encourage you to call AFAD or Evolucion (linked below) and arrange to meet the dogs there. Or just drop by between the hours of 10 in the morning and 6 pm.

If you would like to volunteer, AFAD would always like people to come and play with the dogs. And dogs like the Doberman need to be walked... a perfect job for a volunteer. If you are too busy to walk a dog, but you want to help, AFAD always needs donations. Not just money, but things like dog and cat food, bones and chew toys, blankets and towels (to line the boxes that they sleep in so they can stay warm at night), medicines, shampoos, etc. They are also hoping to build more kennels, so any sort of construction materials are welcome donations as well.

It would also be a big help if an English-speaking person here in Merida would help Lidia with her fundraising efforts. Just running the shelter and improving it so that it can help more dogs is heart-breaking and back-breaking work. Lidia also needs to organize dinners and other fundraisers to raise the money. If you are interested in donating money to the organization, please do so through the Paypal donation button at the end of this article.

For more information, check AFAD's website or their Facebook page, where you can see photos of dogs that are up for adoption on occasion. Or you can email at lidia_saleh@hotmail.com or call the shelter at 999-920-5019 or call Lidia on her cel phone at 044 999 947 6319. If you ask, Lidia can send you a full list of the medicines, supplies and other things that the shelter would like donated. *Anything* is appreciated and will be put to good use. So don't throw old towels, moving blankets or throw rugs away if they get ruined. Wash them as best you can and donate them to AFAD.

If you want to drop by, you will find the shelter on the road to Cholul, just past the Periferico, on the left across from the University Modelo. Just look for this sign. For more information on AFAD, please read their website here (in both Spanish and English). About halfway down the page, there is a list of items that you can donate that would be greatly appreciated.

The animals thank you in advance for your time, attention and kind consideration.

If you wish to donate money to AFAD, you may do so on their website.

Lidia and AFAD are not the only one taking on the issue of caring for the "unprotected animals" in the Yucatan, but they are one of the two most established groups in Merida. Other organizations that are helping animals in the Yucatan include: 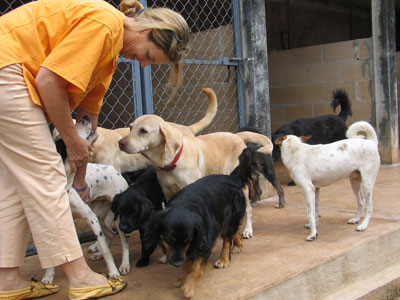 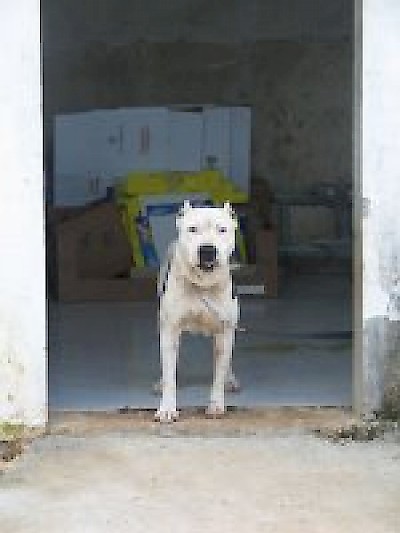 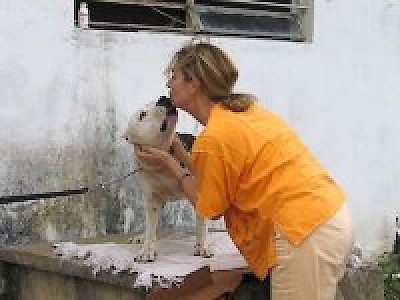 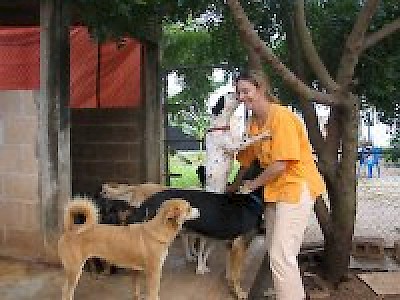 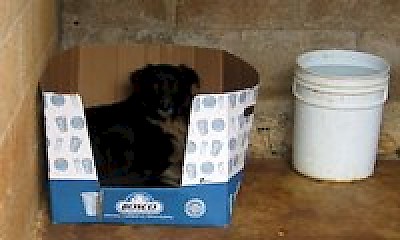 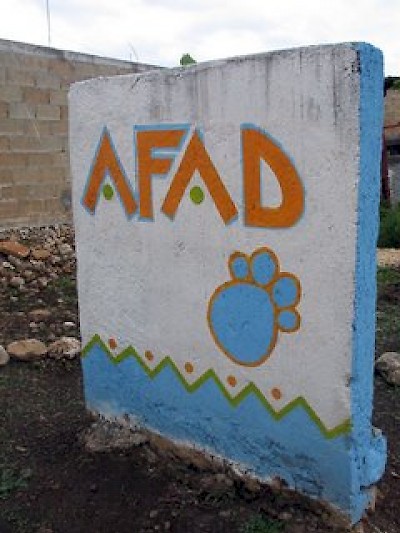